"Mayor Pete is a rising star and a trailblazer whose progressive, Democratic values resonate even in some of the reddest parts of our nation" 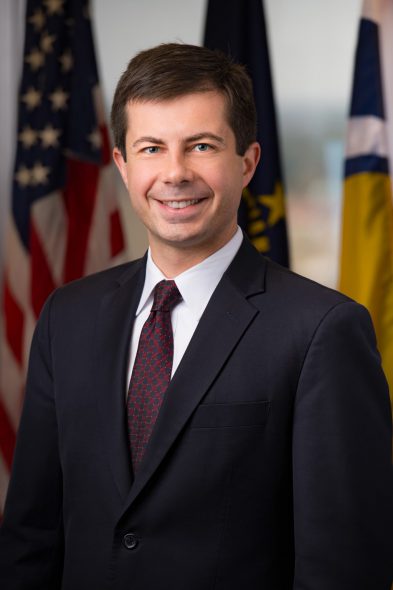 Pete Buttigieg. Photo from the City of South Bend, Indiana.

MADISON — The Democratic Party of Wisconsin has announced that South Bend, Indiana mayor Pete Buttigieg, a rising national star among Democrats, will be the keynote speaker at the Party’s 2018 State Convention in Oshkosh on Friday, June 1.

The DPW State Convention will be held at the Best Western Premier Waterfront Hotel & Convention Center in Oshkosh on Friday, June 1 and Saturday, June 2.

“We are thrilled to welcome Mayor Pete to our state convention this year,” said Martha Laning, chair of the Democratic Party of Wisconsin. “Mayor Pete’s leadership and energy to enact change both in Indiana and on the national level is exciting and we are proud to welcome him to Wisconsin and showcase what his progressive leadership has offered his community.”

Pete Buttigieg was elected Mayor of South Bend, Indiana in 2011 at the age of 29 with 74% of the vote, making him the youngest Mayor of a major U.S. city. Under his leadership, South Bend has seen some of its fastest growth in years. In 2013, GovFresh.com named him national Mayor of the Year and the Washington Post has described him as “the most interesting mayor you’ve never heard of.” He is a veteran of the war in Afghanistan.

“In an increasingly exciting year for Democrats and with attention turned toward Wisconsin it is a great time to host a fellow Midwesterner,” added Laning. “Mayor Pete is a rising star and a trailblazer whose progressive, Democratic values resonate even in some of the reddest parts of our nation. Wisconsin Democrats, who are fired up and ready to organize for wins in November, can’t wait to welcome Mayor Pete to Wisconsin.”