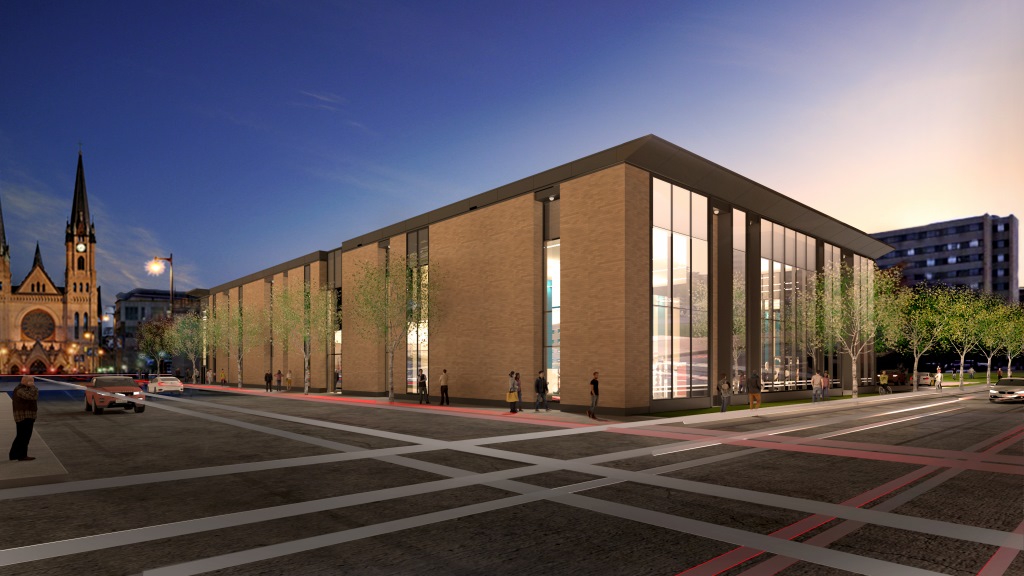 MILWAUKEE — Marquette University will officially break ground for its new Athletic and Human Performance Research Center at a ceremony Tuesday, March 6, at 11:30 a.m. The event will take place at the project site, located on the southwest corner of West Wells and 12th streets, across from the Al McGuire Center.

In moving the project forward, Marquette also adjusted the facility’s name — it was formerly known as the Athletic Performance Research Center.

“The cutting-edge research that will take place inside this new facility will target optimizing athletic performance as well as exploring the relationships between exercise, fitness and the overall health and well-being of people across the lifespan,” President Michael R. Lovell said. “Research collaborators from Marquette, Aurora Health Care and other partners will address a wide scope of human performance issues.”

Lovell added that while Marquette and its partners are still defining the facility’s exact mix of disciplines, researchers will likely explore areas such as rehabilitation and challenges encountered by athletes with special needs. The researchers will also work to develop new fitness technologies and advance the use of fitness data analytics as a tool for improved performance.

The $24 million, 46,000-square-foot AHPRC will be built in phases under a long-term master plan. The first phase will include: