Schläppi, a geneticist and molecular biologist, is developing an experimental cold-resistant strain of rice. 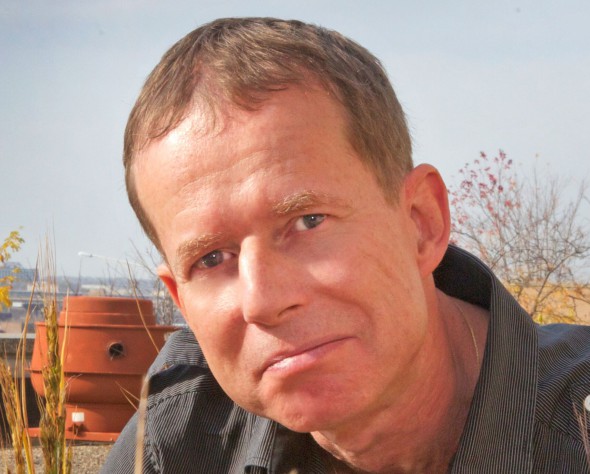 MILWAUKEE – Dr. Michael Schläppi has received a $500,000 federal grant for genetics and genomics research in an effort to grow rice in cold climates like Wisconsin.

Schläppi, a geneticist and molecular biologist, is developing an experimental cold-resistant strain of rice. His research team successfully grew different rice varieties in four southeastern Wisconsin locations this year, including in three fields and on top of the Wehr Life Sciences Building on Marquette’s campus.

“This grant will help us understand the genetic and physiological mechanisms of cold tolerance and sensitivity in rice plants,” said Schläppi, an associate professor of biological sciences in the Helen Way Klingler College of Arts and Sciences. “We want to dig deeper to understand cold tolerance in rice at the molecular and cellular level.”

Schläppi received the grant from the Agriculture Food Research Initiative of the National Institute of Food and Agriculture, a division of the U.S. Department of Agriculture.

A total of $150,000 of the grant will be distributed to the Dale Bumpers National Rice Research Center in Stuttgart, Arkansas, to conduct genetic mapping research.

About half of the world’s population consumes rice as a primary staple and some countries rely on United States exports. In the United States, most rice is grown in California and Arkansas. With drought conditions in California, it will become increasingly difficult to sustain such a water-intensive crop. Growing rice in the Midwest will contribute to sustainable rice cultivation for the United States and the world.

Schläppi has tested more than 200 varieties of rice. He believes a Russian line, called Krasnodarsky 3352, and maybe others in the future could yield 8,000 pounds of rice on an acre in Wisconsin.

“Few people would have imagined that rice could be an economically and environmentally viable crop in Wisconsin,” said Dr. Edward Blumenthal, chair of the Department of Biological Sciences.  “This grant represents an important vote of confidence by the federal government in Dr. Schläppi’s research.”

The Schläppi Lab at Marquette University is undergoing molecular and genetic projects to investigate cold tolerance and flowing time regulation in rice. The lab is focused on exploring natural variations that exist in rice for cold tolerance traits. The long-term goals of the lab are to use breeding and genetic engineering techniques to introduce newly identified cold tolerance genes into elite rice varieties. At the same time, the lab is studying stress-tolerance and flowering habits of smaller flowering plants related to cabbage and mustard.