O’Hear is a nationally recognized authority on criminal punishment. 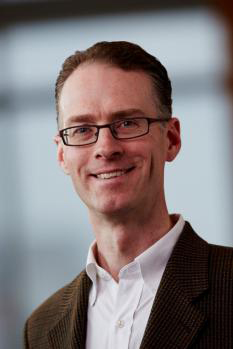 MILWAUKEE – Michael O’Hear, a Marquette Law School professor and author of a new book that examines mass incarceration, will be the featured guest in an upcoming “On the Issues with Mike Gousha,” Thursday, Jan. 26, from 12:15 to 1:15 p.m. at Marquette University Law School’s Eckstein Hall, 1215 W. Michigan St.

O’Hear is a nationally recognized authority on criminal punishment. His book, Wisconsin Sentencing in the Tough-on-Crime Era: How Judges Retained Power and Why Mass Incarceration Happened Anyway, is scheduled for release Jan. 17 and examines the explosion in the state’s prison population. Since the 1970s, Wisconsin’s sentencing system has become unusually judge-dominated. Over the same time period, Wisconsin’s prison population has risen dramatically, even by comparison to national norms during the era of “mass incarceration.” O’Hear’s book recounts the history of these two important developments and considers how they might be connected.

The event is open to members of the public at no cost. Registration is required and is available online.