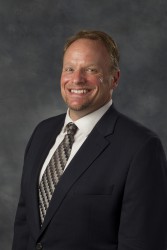 Wisialowski will take on an expanded role in leading Marcus Theatres’ sales structure and staff, cultivating new business opportunities and further enhancing relationships with key national accounts. A 26-year veteran of the company, Wisialowski joined Marcus Theatres in 1989 as an associate manager at Westown Cinema in Waukesha, Wisconsin. His career in the field later included general manager positions at both South Shore and Addison Cinemas, before being promoted to district director. He was promoted again in 2006 to the role of director of sales. In 2013, his role was expanded to his most recent position as assistant vice president of sales and R&D. 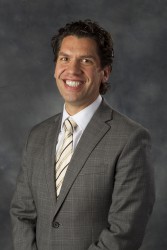 Novak will head the company’s concessions business, driving operational improvements and financial results. He has been with Marcus Theatres since 1996, when he started as a floor associate at Addison Cinema in Addison, Illinois, before becoming the general manager of Elgin Cinema in Elgin, Illinois, in 2004, and then Orlando Park Cinema in Orland Park, Illinois, in 2008. Rob was then promoted to his most recent role as the director of concessions in 2013.

“We look forward to building upon Rob’s expertise and knowledge of our company to offer new products and identify additional sources of vending revenue,” said Rodriguez.

Lee will be responsible for the overall vision and leadership of Marcus Theatres’ financial performance and customer satisfaction. With more than 25 years of operations experience, Lee came to the company in 2013 as a district director before being promoted to director of operations in spring 2014. Prior to joining Marcus Theatres, Lee held operations positions at both AMC Theatres and Rave Motion Pictures.

“Matt’s strong background in cinema operations, combined with his knack for developing talent, have proven invaluable to Marcus Theatres,” said Rodriguez. “We are excited to further leverage these leadership skills in his new position.” 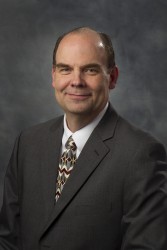 In addition to their roles at Marcus Theatres, Wisialowski, Novak and Lee are involved in several industry and community organizations. Wisialowski sits on the board for the Cinema Advertising Council, and is also active in The United Performing Arts Fund, United Way, Junior Achievement, Best Buddies of Racine, Focus on Racine, and Variety–The Children’s Charity of Wisconsin. Novak is a regional vice president of the National Association of Concessionaires, the chair of The Marcus Corporation’s employee giving campaign for the United Performing Arts Fund, and an officer on the Upsilon Housing Alumni Board for Delta Chi Fraternity at the University of Illinois at Urbana-Champaign. Lee serves as co-chair of The Marcus Corporation’s United Way fundraising efforts this year.

About Marcus Theatres
Marcus Theatres®, a division of The Marcus Corporation (NYSE:MCS), is the fifth largest theatre circuit in the United States and currently owns or operates 681 screens at 55 locations in Wisconsin, Illinois, Iowa, Minnesota, Nebraska, North Dakota and Ohio.  For more information, please visit www.marcustheatres.com and follow the company on Facebook and Twitter (@Marcus_Theatres).