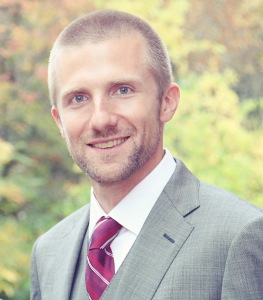 Statewide: Less than two weeks after announcing his bid for Lieutenant Governor of Wisconsin, Mandela Barnes has announced his first staff hire with the addition of Justin Bielinski as Campaign Manager. Bielinski’s most recent role was as a healthcare organizer with Citizen Action of Wisconsin, the state’s leading progressive grassroots organizing group. He is no stranger to political campaigns, having served in volunteer and cabinet roles in a variety of local races since 2011, including most recently as a candidate himself for Milwaukee’s 8th Aldermanic District, where he narrowly missed unseating a conservative four-term incumbent in the spring of 2016.

Said Bielinski regarding his new role: “It’s been said that the 16th Street Viaduct, connecting the North and South Sides of Milwaukee, is the ‘longest bridge in the world, separating Africa and Poland.’ While the South Side has become much more diverse in recent years with the addition of tens of thousands of Latino, Hmong, Burmese, and African-American residents, Milwaukee remains an extremely segregated city. Much like Mandela and I have bridged the North Side/South Side gap by working together on this race, Mandela’s campaign is about bridging the growing divide between urban and rural residents of our great state.”

Barnes had this to say about his new hire: “Justin has not been afraid to take on the tough challenges, and his organizing work on one of the most pressing issues we face in healthcare make him a perfect fit for this campaign. I’m excited that he’s on board.”

The Barnes campaign has chosen not to support any particular candidate in the Democratic primary for governor, but has pledged full support to the eventual nominee this fall.

“It is absolutely essential that we unify for the common good”

31 Cities in Wisconsin Saw Protests by Will Cushman