Barnes made international headlines in November 2018 when a MCTS Excellence video went viral, showing her taking extraordinary steps to help a homeless man.

Barnes made international headlines in November 2018 when a MCTS Excellence video went viral, showing her taking extraordinary steps to help a homeless man. Barnes bought the man food, let him stay warm on her bus, offered to go shopping for him, and ultimately connected him with a safe place to live.

Clarkson invited Barnes to be a special guest at her concert in Green Bay on Friday, February 15th, 2019. In addition to getting the VIP treatment and a private meet and greet, Barnes appeared on stage with Clarkson during a special portion of the show called “A Minute and a Glass of Wine.”

Clarkson played a clip of Barnes’ MCTS Excellence video, gave an overview of the story, and then had a Q&A discussion with Barnes in front of a captivated audience.

The segment was also broadcast LIVE on Clarkson’s Facebook page and can be viewed here. 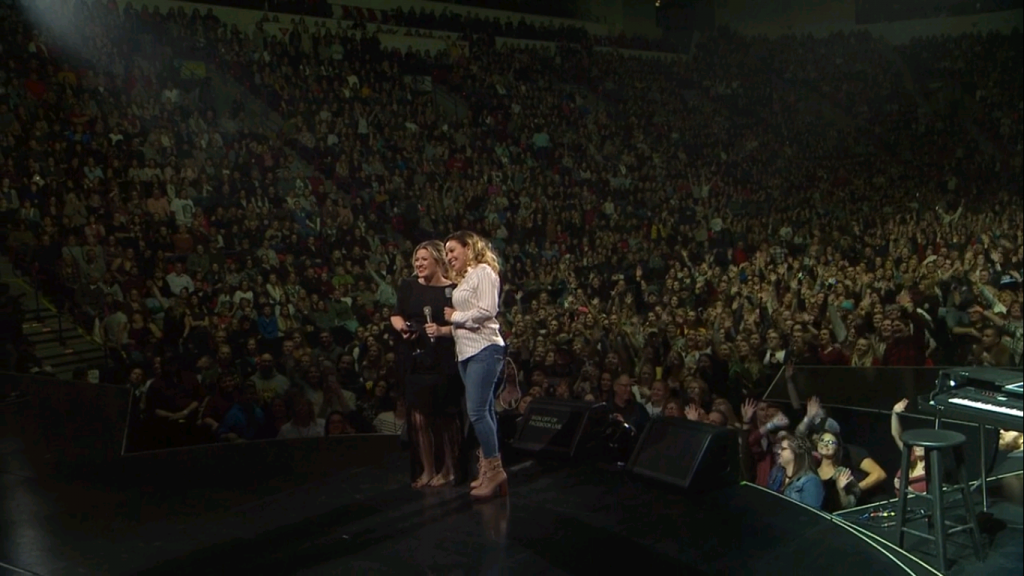 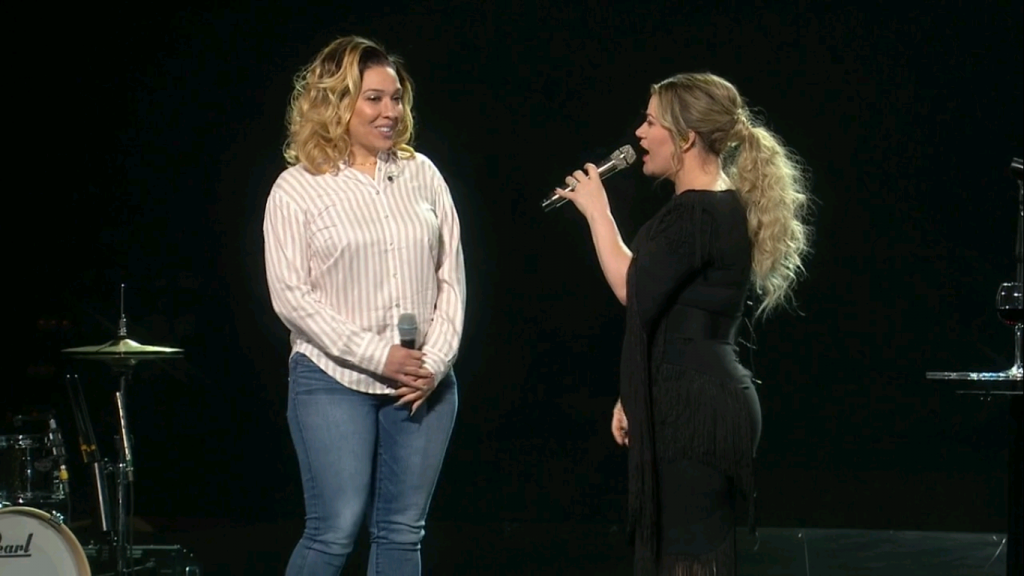 “You have no idea how something so simple can completely alter someone’s life and path and change it for the good,” Clarkson told Barnes. “And it’s just a really beautiful thing.”

“I’m just grateful that my story is inspiring people around the world and bringing attention to the important effort of reducing homelessness,” Barnes said after the concert. “There are so many easy things people can do to help the less fortunate in their community.” In Milwaukee, Barnes works with Community Advocates to help individuals and families who need housing or supportive services.

Hundreds of media outlets across the globe have highlighted Barnes’ actions in recent months. She has also captured the attention of millions of people on social media, including celebrities like Clarkson and Ellen DeGeneres.

DeGeneres’ team invited Barnes to be in the audience for a taping of her talk show in Los Angeles. Producers said they wanted to do something nice for Natalie to thank her for her kind actions. Afterwards, Barnes was interviewed and filmed for a special segment that was posted on Ellen’s website and social media accounts.

Additionally, Time Magazine honored Barnes as an ‘Everyday Hero of 2018’ in its annual ‘Person of the Year’ edition.

“We’re incredibly proud to have amazing drivers like Natalie on our team,” said Matt Sliker, MCTS’ Integrated Marketing Manager. “They go above and beyond every single day, helping the community and demonstrating what MCTS Excellence is all about.”