Olivieri was chosen for his outstanding leadership in the Latino community and in the community-at-large. 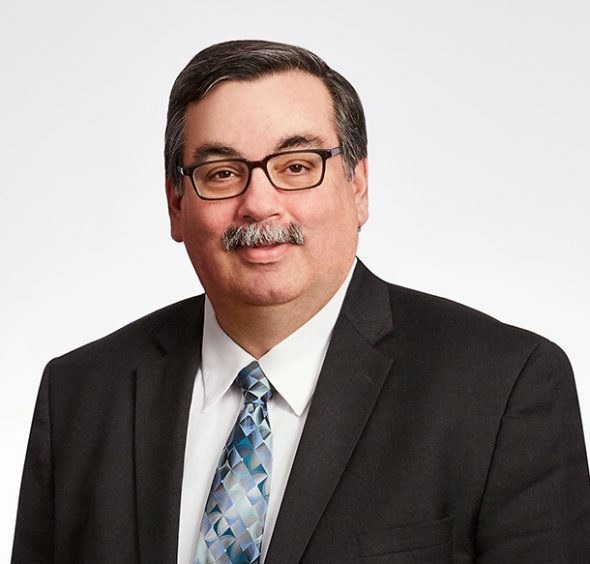 José A. Olivieri. Photo courtesy of the Milwaukee Jewish Federation.

MILWAUKEE, Wisconsin – José A. Olivieri has been selected to receive the 2017 Robert H. Friebert Social Justice Award. The award was established in 2014 by the Jewish Community Relations Council of the Milwaukee Jewish Federation. Previous honorees are attorney James H. Hall and Danae Davis.

Olivieri, who will receive the award at the JCRC’s Annual Meeting on June 15, was chosen for his outstanding leadership in the Latino community and in the community-at-large. An attorney with Michael Best & Friedrich, he has devoted countless volunteer hours by providing pro bono legal services to immigrants and people living in poverty. Through all this work, he encourages others to take active roles in policy making to ensure that the Latino community is not overlooked.

Olivieri has taught at Marquette University Law School and helped found the Wisconsin Hispanic Lawyers Association. Currently president of the United Community Center, he has served on the boards of many organizations and is past chair of organizations including the Greater Milwaukee Foundation, Milwaukee Public Library Foundation, the Labor and Employment Law Section of the State Bar of Wisconsin, and the Milwaukee Forum. He also previously served on the University of Wisconsin Board of Regents.

He has a lifelong passion for ensuring that all Hispanic children have access to quality education, has served as legal counsel for the Milwaukee Charter School Advocates, has been involved in several legislative initiatives, and travels throughout the country to learn about new educational models that might be applicable in Milwaukee.

“We are so pleased to honor Jose for his relentless pursuit of equal access to opportunity,” said JCRC Chair Michael Pollack. “In his nomination, Jose was described as having ‘an impressive combination of courage, compassion and conviction.’ Those qualities make him an exemplar of the values of the Friebert Award.”

Olivieri will receive the award at the JCRC’s Annual Meeting on Thursday, June 15. Click here for more information and to register for the event.

Robert H. Friebert (1938-2013) dedicated himself to the pursuit of social justice and the Jewish value of tikkun olam (repairing the world). A graduate of the University of Wisconsin Law School, Friebert was a founding partner of the law firm Friebert, Finerty and St. John S.C. He argued four cases in the United States Supreme Court and served as the first public defender for the State of Wisconsin from 1966-1968. Friebert was also extremely active in local, state and national Democratic politics in his pursuit of social justice. In addition to his legal and political work, Friebert held significant leadership roles in numerous organizations, boards and commissions. For more on Friebert and the award, click here.

About the Jewish Community Relations Council
Founded in 1938, the Jewish Community Relations Council, a program of the Milwaukee Jewish Federation, advocates for the rights and values of Jews individually and collectively, here and abroad. The Council implements a coordinated program of education, action, and advocacy for the Jewish community. For more than one hundred years, the Milwaukee Jewish Federation has been dedicated to building a strong Jewish community. The agency distributed nearly $19 million last year to Jewish and non-Jewish organizations locally and around the world.