MILWAUKEE – IBEW International Brotherhood of Electrical Workers (IBEW) Local 494 and Roman Electric honored Roman Electric employees, Chris Rassette, Jack Schoeppe, and Brian Pape, for rescuing a man and baby who were trapped in a house fire before the Milwaukee Fire Department could arrive on March 12th for their quick thinking and bravery.

Rassette, Schoeppe, and Pape were honored Tuesday afternoon in front of their fellow employees, recognized for their quick thinking and lifesaving efforts. IBEW Local 494 Business Manager Dean Warsh presented Rassette, Schoeppe, and Pape with a challenge coin at a meeting with Roman Electric employees who are union members of IBEW. A challenge coin is presented to members for their outstanding contributions.

“The actions of Chris, Jack, and Brian were instrumental in rescuing the individuals in the house fire. It means a lot to see anybody do something courageous like that. These days, many people would rather take out their phones and videotape something like this rather than jumping into action. This is the kind of courage that I hope everyone would demonstrate if faced with the same situation. We’re all very proud of them.” said Dean A. Warsh, IBEW Local 494 Business Manager.

Phil Rose, Roman Electric President, said “The burning house was right next to our offices. Brian Pape and Chris Rassette noticed a man on the first floor of the burning house. The man broke thru a window and began yelling for help. The two ran to the house and assisted the man and his infant child out of the house thru the window. The man said that there was also someone on the second floor. Upon hearing this, Jack immediately took his extension ladder from his truck and climbed to a second story deck, where he assisted a man down the ladder to safety. Due to heavy smoke he was unable to assist a third man still in the burning building, just as firefighters were arriving.  Unable to enter the building at the first floor, firefighters used Jack’s ladder to enter the building from the second floor deck and pulled the man out of the building. This situation developed quickly and was incredibly intense. Brian, Jack and Chris are all heroes! They put their own lives at risk to help some people they had never even met, and actually saved their lives. I’m so proud of these guys.” 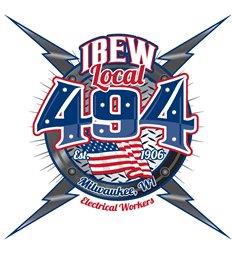