"Her legacy and strength in the face of hatred and injustice stays with us now as we continue her march." 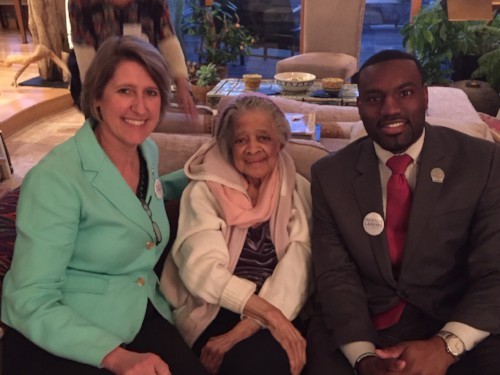 MADISON — The following is a statement from the Democratic Party of Wisconsin‘s Chair Martha Laning on our loss of Wisconsin civil rights icon, former Secretary of State of Wisconsin, judge, open housing pioneer and trailblazer Vel Phillips.

“Wisconsin has lost a beloved, iconic, tenacious trailblazer whose leadership and career of firsts in our state opened doors through which so many African Americans, Democrats and women are proud to have followed. Her spirit is with all of us, in Wisconsin and the nation, as we proudly continue the fight she took to the streets–despite horrific abuse–for civil rights, equality and justice. Her legacy and strength in the face of hatred and injustice stays with us now as we continue her march.”