MILWAUKEE, WI – Five long serving individuals will be added to the Holiday Folk Fair International Volunteer Wall of Fame during the 75th annual event, which will be held Fri., Nov. 16 – Sun., Nov. 18, 2018, at the State Fair Park Exposition Center at in West Allis, Wis.

The following people will be recognized during the event’s opening ceremony at 5 p.m. on Fri., Nov. 16:

A program of the IIW, Holiday Folk Fair International celebrates the cultural heritage of the people living in southeastern Wisconsin. This year’s theme, “Celebrate the Culture of Diversity,” will allow Fair-goers the opportunity to honor a community of people bound together by common ties, such as language, customs and beliefs, by what they think, how they behave, what they value, and what they pass on to the next generation.

Special attractions in 2018 include invited international performers and artisans, photographic exhibits, the Artisan corner, the Milwaukee Art Museum presents Kohl’s Color Wheels, the Wisconsin Woodturners, the Dirty Kettle Native American interactive display, a bonsai exhibit, the Holiday Folk Fair Cinema, with viewings during the weekend of the Milwaukee PBS documentary “A Hope for Tomorrow” and “This Is Home,” the winner of the 2018 Sundance Audience Award: World Cinema Documentary, Milwaukee Public Museum on the Move daily presentations, and the annual Naturalization Ceremony on Fri., Nov. 16, at 2:30 p.m.

The three-day event features the All Nations Theater with traditional music and dance, the World Café offering traditional dishes, the International Stage where young people perform their ethnic dances, the Tanzhauz (Music Pavilion) where attendees dance and sing along with a variety of musical stylings, the Coffee House where patrons enjoy a beverage and baked goods while listening to talented musicians, Heritage Lane with unique traditions and customs through interactive exhibits, the International Bazaar where cultural artifacts create a unique shopping experience, and the Chef’s Stage featuring local chefs preparing traditional cuisine. 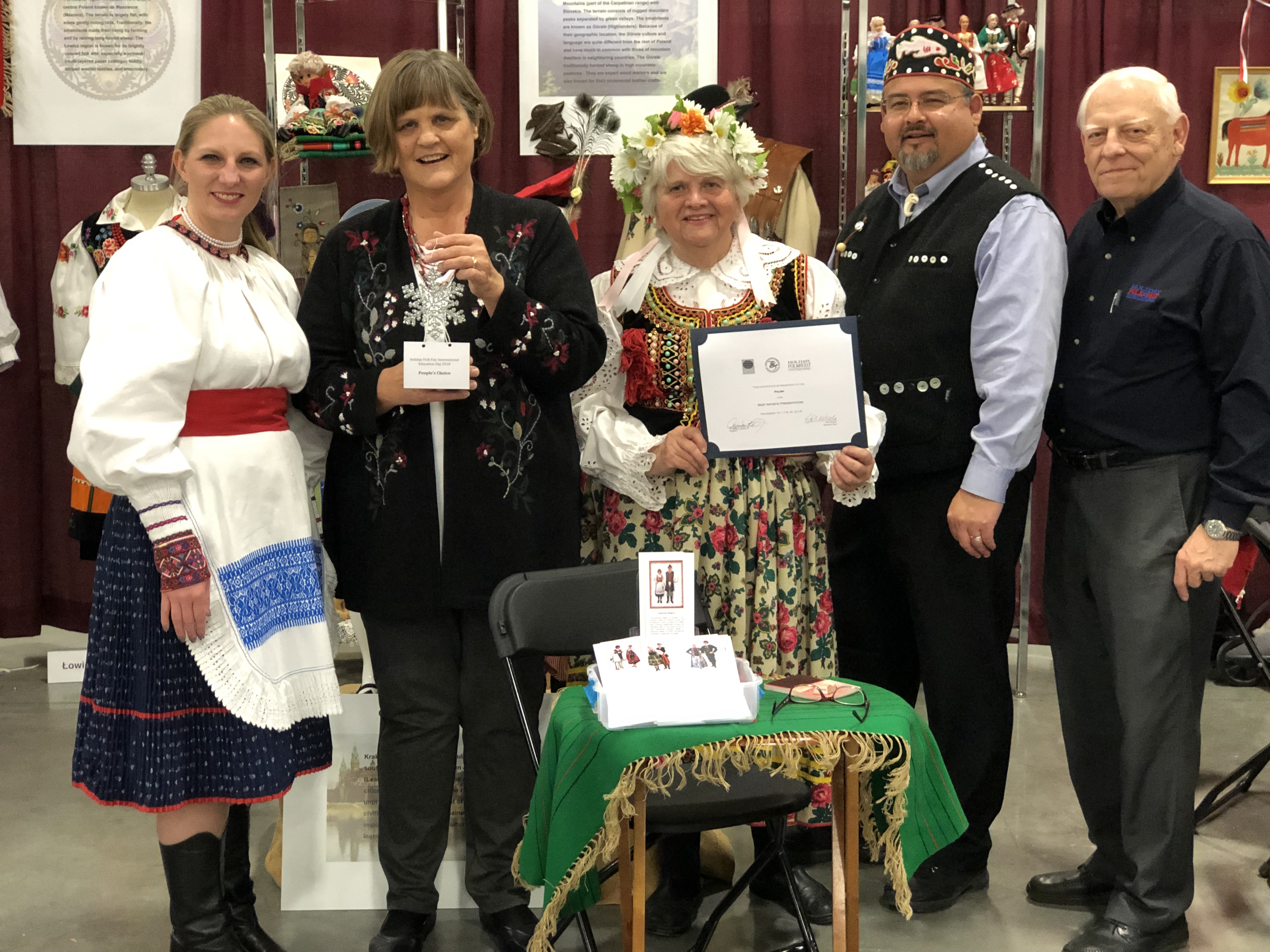 Produced by the International Institute of Wisconsin, Holiday Folk Fair International provided attendees with an opportunity to “Celebrate the Culture of Diversity.”

Advance tickets will be sold for $10 each, with family four-packs for $36