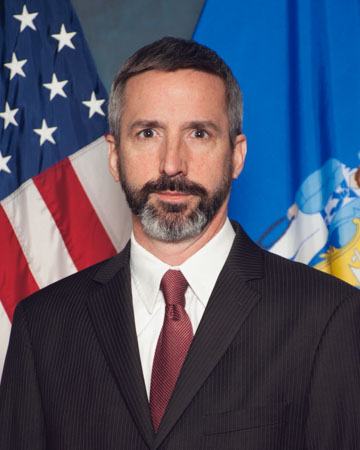 Greg Engle. Photo from the Wisconsin Department of Military Affairs.

Engle has served as the director of WEM’s Bureau of Planning and Preparedness since 2012, where he has overseen the development of the state’s emergency response plans and the delivery of training courses and exercises to help prepare emergency responders across the state.

In this role, he has also been responsible for the State Emergency Operations Center (EOC), which is an essential facility for coordinating state assistance for local communities during widespread disasters. The State EOC also continues to play an integral part in Wisconsin’s COVID-19 response operations.

Engle replaces Dr. Darrell L. Williams, who is taking a leave of absence.

More information about Wisconsin Emergency Management is available at https://dma.wi.gov/DMA/wem.