Downtown Milwaukee is finding creative ways to revitalize Wisconsin Ave. One of which includes addressing vacant spaces. Collaboration between the public and private sectors has resulted in a grand solution – the transformation of the former Grand Theatre’s ticket box into a downtown info booth.

“We look forward to enhancing our guests’ experiences and are excited to play a role in the latest resurgence of West Wisconsin Avenue.”

In recent months, members of the West Wisconsin Avenue Task Force, a group assembled at the direction of Mayor Tom Barrett, have made several exciting announcements. Most recently, The Shops of Grand Avenue announced three new tenants and a new arts incubator program, and new events like downtown’s first baseball block party and IndyFest Milwaukee have emerged. In August, the group will host a Wisconsin Avenue Bridge reopening party.

In addition, other vacant street-level properties have been targeted. With the property owners’ permission, Milwaukee Downtown, BID #21 has been assuming responsibility for cleaning the windows and installing downtown branding signage.

“Downtown Milwaukee is the hub of our region’s economy,” said Greg Marcus, president and chief executive officer of The Marcus Corporation. “We were glad to continue to do our part and participate in a project that will bring added life to this part of Wisconsin Avenue.

With foot traffic comes demand for businesses that are a part of this neighborhood. Our community needs to always be thoughtful about ways to generate demand.”

The Grand Theatre, formerly the Warner Theater, opened on May 1, 1931 – also the ribbon-cutting day of the Empire State Building. Designed in an art deco style, the building was created by Chicago architects C.W. and George Rapp. Upon its debut, the single-screen theater showed “Sit Tight” starring Joe E. Brown.

In 1966, The Warner was renamed the Centre and converted into a two-screen theater in 1973. It was later renamed in 1982 after the Grand Avenue Mall. Grand Cinemas closed June 1995. Its final flicks were “Tales From the Hood” and “Crimson Tide.”

“The use of the kiosk as a visitor and newcomer information center is a shining example of what can be achieved through collaboration,” said Steve Chernof, chair of the West Wisconsin Avenue Task Force. “The excitement behind the proposal has been phenomenal. Everyone from The City, The Marcus Corporation, Kahler Slater, Milwaukee Downtown and VISIT Milwaukee, offered their resources without hesitation to get the job done.” 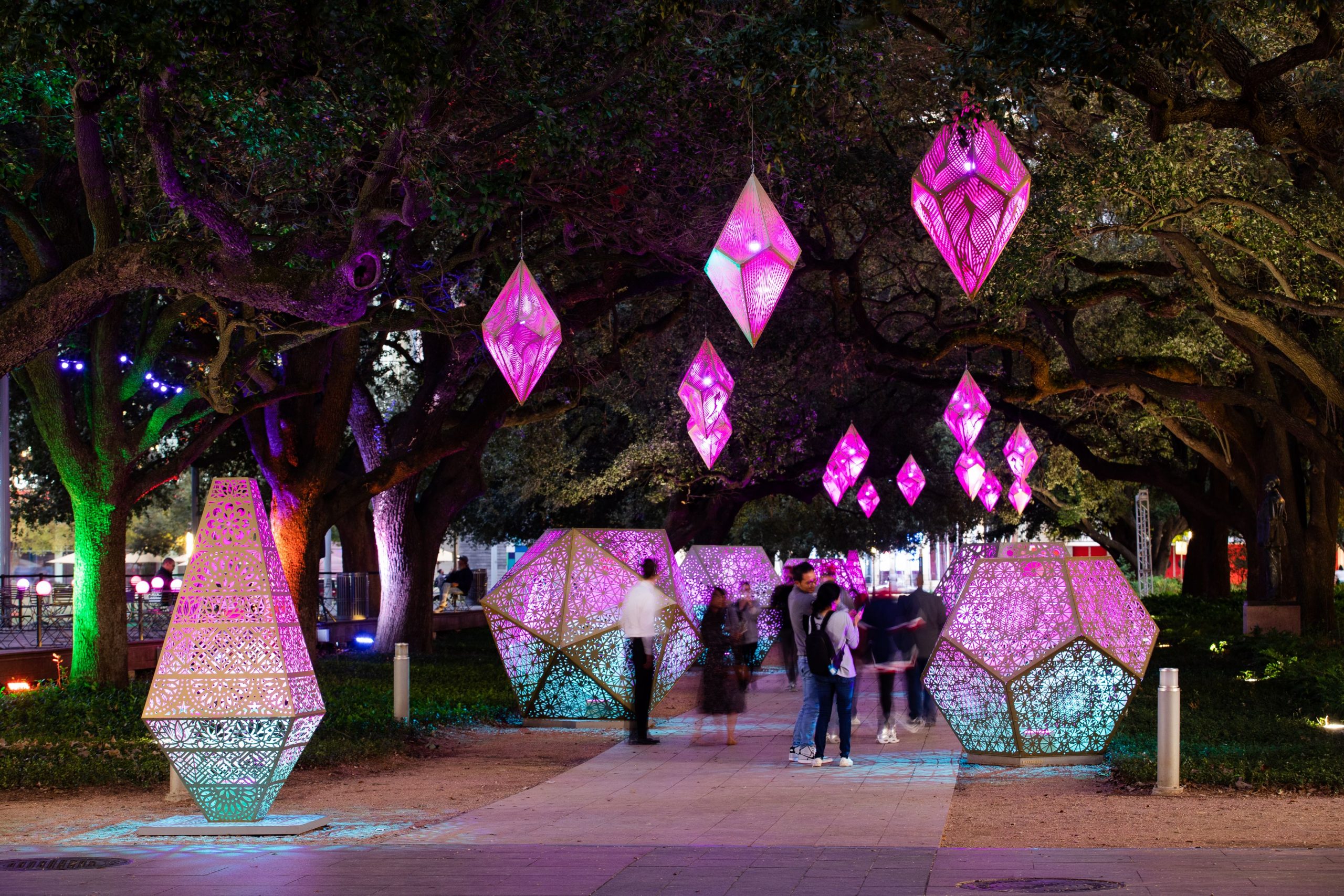 “Lightfield” by HYBYCOZO coming to Cathedral Square Park in January