The expansion will allow for better visitor space inside the pavilion. 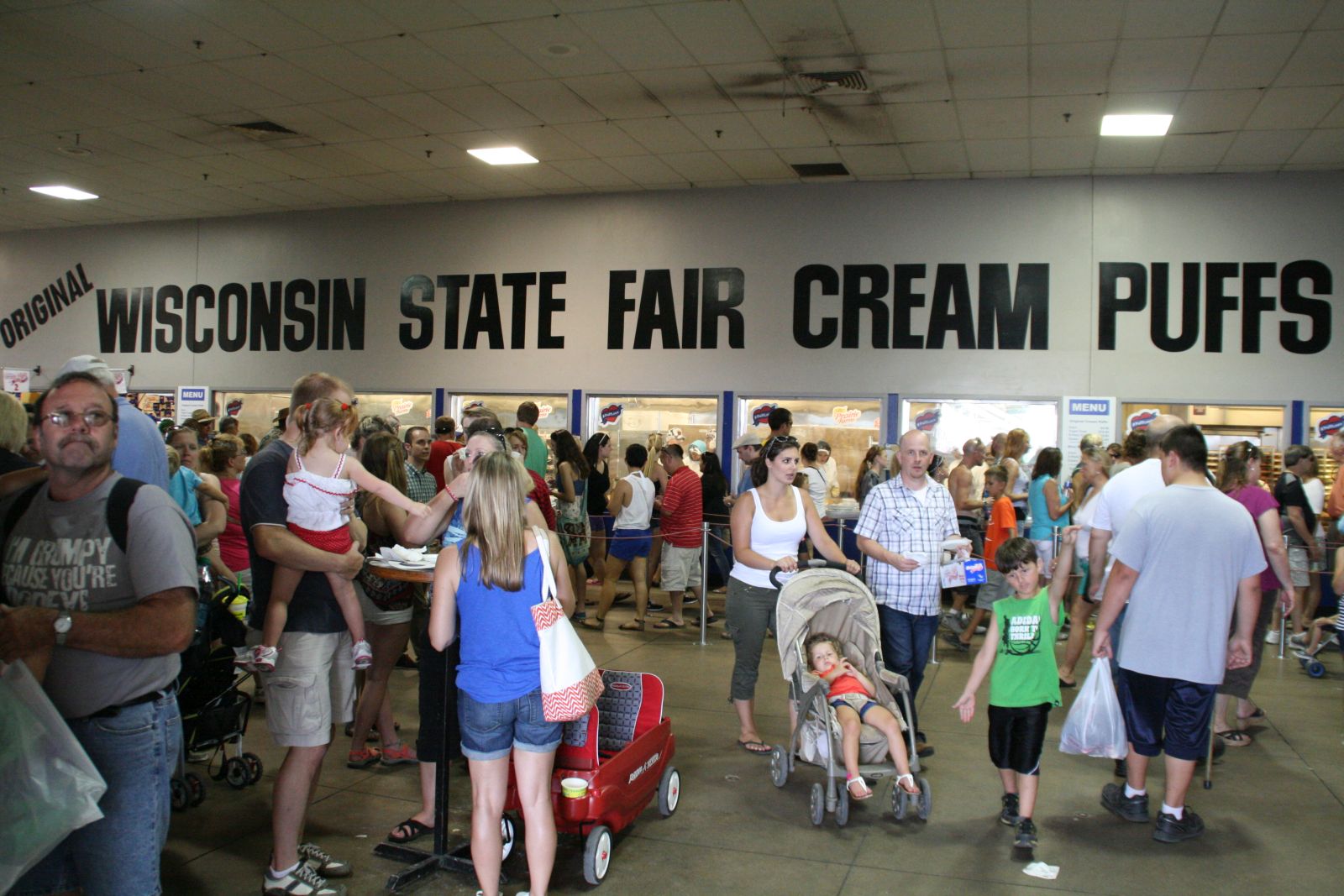 The cream puffs draw a large crowd at the 2014 Wisconsin State Fair. Photo by Jeramey Jannene.

Madison – This weekend the Wisconsin Association of Fairs will gather in the Wisconsin Dells beginning this Sunday for the annual fair convention. Fair members will recognize those that go above and beyond for their local fair and select the 2017 Fairest of the Fairs.

To celebrate the local and state fairs throughout our state, Governor Scott Walker announced today that his upcoming state budget will include a Capital Budget Request for $6 million to expand and renovate the Cream Puff Pavilion at State Fair Park. The expansion and renovation will create a new facility worthy of the Original Cream Puff’s stature. The facility will be used by the Wisconsin State Fair Park and the Wisconsin Baker’s Association. The expansion will allow for better visitor space inside the pavilion, additional areas for product lines on a year-round basis, and a new training center for bakery internships.

“On this chilly Wisconsin day, we can all enjoy the thought of a family trip to the fair in August,” Governor Walker said. “The Original Cream Puff is an iconic staple of the Wisconsin State Fair, and something people look forward to every year. The modernization of the Cream Puff Pavilion at State Fair Park is something Wisconsin families and visitors to our state will be able to enjoy for years to come.”

The Original Cream Puff has been made by Wisconsin Baker’s Association in the Cream Puff Pavilion (then called the Dairy Building) since 1924. The bakery was last remodeled between the 1994 and 1995 fairs. At that time roughly 225,000 cream puffs were made by a staff of 75. Today, almost 50,000 cream puffs are served each day during the fair. In 2015, 400,000 cream puffs were made by a staff of 150-160 working three shifts. In addition to the Original Cream Puffs, Blue Ribbon Brownies, and Colossal Chocolate Chip Cookies have been added to the menu.

“The Original Cream Puff continues to be the number one food sold at the State Fair,” said State Fair Park Board Chairman John Yingling. “The expansion and renovation of the Cream Puff Pavilion is a great next step for us as we continue to find ways to modernize the fair and ensure fairgoers have the best experience possible.”

The funding for the renovation will come entirely from private gifts. The project design and construction will be overseen by the State Building Commission and the Department of Administration. The project is expected to be completed in time for the 2019 State Fair.