Today, Governor Scott Walker informed the Bureau of Indian Affairs (BIA) at the Department of Interior (DOI) of his non-concurrence with their determination on the proposed casino project. 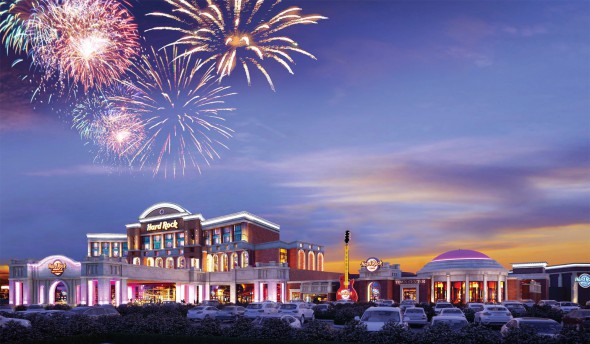 Today, Governor Scott Walker informed the Bureau of Indian Affairs (BIA) at the Department of Interior (DOI) of his non-concurrence with their determination on the proposed casino project.

“After a comprehensive review of the potential economic impact of the proposed Kenosha casino project, the risk to the state’s taxpayers is too great,” said Governor Walker.  “Due to the compacts negotiated by Governor Doyle, the current cost to taxpayers of approving the proposed casino project is up to $100 million and the long-term economic hit to the state budget would be a potential loss of hundreds of millions of dollars.”

“We have had tremendous success in helping grow quality, family-supporting jobs in Kenosha, including the recent Amazon, InSinkErator, and Meijer Distribution Inc. expansions,” continued Governor Walker.  “We remain committed to using state resources effectively to continue growing the economy and creating jobs in Kenosha and around the state.”

The federal Bureau of Indian Affairs took more than nine years to review the proposed casino project.  For over a year, Department of Administration Secretary Mike Huebsch conducted a comprehensive economic analysis of the potential impact of the proposed casino project.  In an ideal scenario, jobs could have been created by the casino, the reality of Governor Doyle’s compacts with the tribes open the State of Wisconsin up to significant litigation risk, which would put state taxpayers on the hook for up to hundreds of millions of dollars.

Secretary Huebsch outlined the potential litigation risk in a recent memo to Governor Walker, which can be found here.

In a report to Governor Walker, Secretary Huebsch explained the outstanding issues facing the proposed casino, which could have a devastating impact on the state budget:

Although the Kenosha casino could result in these positive economic benefits, approval also comes with substantial and significant risks.  Our analysis shows taxpayers could lose out on hundreds of millions of dollars of tribal revenue sharing payments as a result of the compact negotiated by Governor Jim Doyle. Due to the legal exposure created by the Doyle compacts, beyond just losing future revenue, approving the Kenosha casino could require taxpayers to pay FCPC [Forest County Potawatomi Community] hundreds of millions of dollars in refunds of previous payments made to the State.  If the Kenosha casino is approved, there are a number of other issues that should be considered:

The entire report from Secretary Huebsch can be found here.