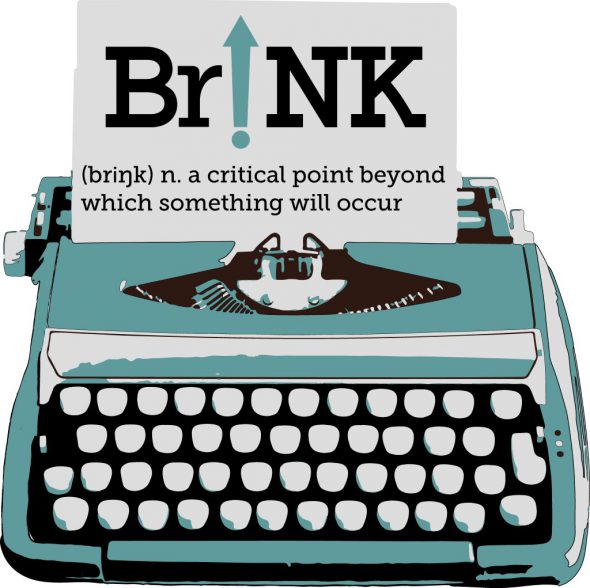 Milwaukee, Wis. (July 18, 2017) – Renaissance Theaterworks (RTW) presents the Br!NK Award annually to Midwestern women playwrights to develop and advance their work. Br!NK continues to expand opportunities by offering playwriting labs to the public for aspiring or experienced playwrights, and launching a collection of 10 minute plays, Br!NK Br!efs, in addition to developing the two, full-length Br!NK Award plays. ANNIE JUMP AND THE LIBRARY OF HEAVEN by Reina Hardy and THE ENDURANCE OF LIGHT by Amanda Petefisch-Schrag, have been selected to be presented as staged-readings during the Fourth Annual Br!NK New Play Festival, September 7-12, 2017.

The 2017 Br!NK playwrights spend a week in August with a director, cast, and dramaturg workshopping their play. The plays are then presented as staged-readings for the public over the Br!NK New Play Festival Weekend and at toured locations throughout the Greater Milwaukee area. Following each staged-reading, audience members are able to learn more about what the writing and workshopping processes were like for the playwrights involved and encouraged to give constructive feedback on their experience.

In its inaugural performance, the 10-minute Br!NK Br!efs aka “the Br!efs,” will showcase the works of 7 Midwestern women playwrights, written under the prompts “Fortune Favors the Bold” and “Fools Rush In.” Selected from over 65 submissions, the 2017 Br!NK Br!efs plays and playwrights are: DID YOU THINK I WOULD FORGET YOU? by Kelly Bancroft, THE END OF THE ROAD by Claudia Haas, TWENTY-SEVEN YEARS by Emma Kiel, BOLD DOROTHY, RETIRED. By Colleen O’Doherty, I HEAR EVERYTHING by Gwendolyn Rice, A ROBOT, A CLOWN AND A TURBAN by Karen Saari, and DOG HEROES by Lillian Schley.

The full-length staged-readings of the Br!NK Award plays will tour at various Greater Milwaukee area locations, September 7-8 & 11-12, 2017. A full schedule and listing of locations is available further down.

Tickets for Playwriting Labs, Br!NK Br!efs performances, and full-length staged-readings for the Br!NK Festival Weekend, September 9-10 will be available online at the beginning of August. Details will be posted at www.r-t-w.com/br!nk.html. Single tickets for Br!NK are $13 online pre-sale and $16 at the door with a chance to roll a dice for a discount. Festival attendees will have the option to attend as many or as few events as they choose; Playwriting Labs & Festival tickets can be purchased in a package for greater savings. A suggested donation of $10 can be given upon arrival at toured reading locations.

Reina Hardy (ANNIE JUMP AND THE LIBRARY OF HEAVEN) is a playwright. Her plays, which usually contain magic and sometimes science, have been seen across the country, including at Rorschach Theatre in DC, the Vortex in Austin, and the 2013 NNPN National New Play Showcase. She’s a Michener Fellow, winner of the 2014 KCACTF TYA Prize, finalist for the Terrence McNally Prize and the recipient of an Interact 20/20 Commission.

Amanda Petefish-Schrag (THE ENDURANCE OF LIGHT) is an Assistant Professor of Theatre at Iowa State University where she teaches courses in performance and theatre history.  Her professional credits include work as a playwright, director, puppeteer, (and mom to Celia and Eli). Her playwriting has been produced at festivals in Chicago, New York, Los Angeles, Kansas City, Minneapolis, Madison, and Iowa City, and has been published by Playscripts, Inc. Amanda is a member of the Dramatists Guild.

ANNIE JUMP AND THE LIBRARY OF HEAVEN by Reina Hardy

Annie Jump is a 13-year-old science genius whose alien-obsessed father is the laughingstock of Strawberry, Kansas. One night in August, a meteor falls, and Annie meets Althea, an intergalactic supercomputer that manifests itself in the form of a mean girl with really great hair. Althea’s here to help Annie take humanity from the earth to the stars, but being the Chosen One isn’t all glory. What is Althea hiding? And what will Annie have to sacrifice to fulfill her destiny? A play for all audiences about finding your place in the universe, and intelligent life in your neighborhood.

THE ENDURANCE OF LIGHT by Amanda Petefish-Schrag

Sophie, a scientist, refuses to leave her bed. Instead, she spends her time lost in piles of books, trying to discover the reason for her multiple miscarriages. Her husband and mother desperately try to connect with her, unaware that her bedroom has become a surreal landscape where Sophie, along with Sir Ernest Shackleton and his ship, The Endurance, are perpetually trapped in the Antarctic ice. Guided by an irreverent Albert Einstein and spirited Hildegard Von Bingen, Sophie must navigate the mysterious forces that now threaten to trap her forever as past and present, faith and science, collide.

A collection of seven, 10-minute plays, written by Midwestern women playwrights under the prompts, “FORTUNE FAVORS THE BOLD” & “FOOLS RUSH IN.” From whimsical comedies to heartfelt dramas, this sample platter of theater features stories about friends, lovers, sisters, mothers, dogs, robots, clowns, and so much more. The Br!NK Br!efs will be performed during the Br!NK New Play Festival Weekend at the Broadway Theatre Center.

DID YOU THINK I WOULD FORGET YOU? by Kelly Bancroft

THE END OF THE ROAD by Claudia Haas

I HEAR EVERYTHING by Gwendolyn Rice

A ROBOT, A CLOWN AND A TURBAN by Karen Saari

For aspiring or experienced playwrights! Registration open to everyone.

More details about this year’s Playwriting Labs will be available at www.r-t-w.com/br!nk.html in August

The Br!NK New Play Festival runs September 7 through September 12, 2017. Tickets are $13 online, pre-sale or $16 at the door. Details will be posted at www.r-t-w.com/br!nk.html in August. Events for the Br!NK New Play Festival, September 9-10, will take place at the Broadway Theatre Center (158 N. Broadway, Historic Third Ward, Milwaukee, Wis.) All other events will take place at toured locations throughout the Greater Milwaukee Area. See above for details.

For twenty-five years, Renaissance Theaterworks has been Milwaukee’s only professional theater company dedicated to improving gender parity in the arts. Our mission is to create moving theater – from classics to world premieres – with attention to women’s roles both onstage and off. For more information, visit www.r-t-w.com.