“I encourage families to come together to experience the magic of live theater at First Stage! As the trailblazer in producing plays that feature the area’s most talented young performers working alongside accomplished adult artists, the 2018-2019 season is one of our most ambitious and inspiring seasons ever,” said First Stage Artistic Director Jeff Frank.

Straight from Broadway to their stage Roald Dahl’s MATILDA THE MUSICAL makes its Milwaukee debut January 11 – February 24, 2019. Directed by Jeff Frank with choreography by Michael and Jayne Pink, First Stage will present the full-length version recently presented on Broadway. “In the past, we have had to cut productions to meet time restrictions, but Matilda will come to life on stage in full-length glory (two hours and forty minutes) reminding us all that even though life can be challenging – you can be the change you need,” said Frank. “This is definitely one show not to be missed in our upcoming season.”

Opening the season is the world premiere musical of NATE THE GREAT, October 12 – November 11, 2018. Created by First Stage Director of Artistic Development John Maclay and sought after composer, writer and First Stage alum Brett Ryback (creators of JUST A Little Critter Musical), there’s something for everyone as the world’s greatest detective embarks on a baffling elementary school mystery. Next, the worst kids in the history of the world are back as First Stage presents THE BEST CHRISTMAS PAGEANT EVER: THE MUSCIAL, November 23 – December 26, 2018. “You and your family won’t want to miss this First Stage favorite brought to life in musical form, adding depth and heightening the humor of this heartwarming holiday show.” said Frank.

First Stage’s Family Series at the Todd Wehr Theater will also include BIG RIVER: The Adventures of Huckleberry Finn, March 15 – April 14, 2019. Part of a collaboration with First Stage and Adventure Theatre-MTC, Mark Twain’s timeless classic comes alive in this coming-of-age musical. Based on the works of Sir J.M. Barrie, TINKER BELL alights on our stage from the point of view of the feisty fairy herself, April 26 – June 2, 2019. “With the help of some puppets, original underscoring music, and some fairy dust, you’ll see the world of Neverland like never before,” said Frank.

New this season, First Stage presents its first Forge production at the Milwaukee Youth Arts Center. An expansion of The Foundry, First Stage’s new play development initiative, Forge productions are thought-provoking and risk-taking, and will include post-show workshop opportunities for families. LOCOMOTION, a story about how one boy discovers a passion for writing poetry while navigating his journey of hope, premieres January 25 – February 24, 2019. With a focus on the next generation of new plays, new artists and new audiences, The Foundry will continue with new play readings throughout the 2018-2019 season, engaging the community in conversations about new work and the process of creation, while also providing additional training and performance opportunities for youth and adult actors, writers and directors. More information is available at www.FirstStage.org/Foundry.

The Milwaukee premiere of THE VERY HUNGRY CATERPILLAR SHOW will captivate our youngest audiences September 22 – November 4, 2018. Four timeless stories and 75 magical puppets bring Eric Carle’s iconic creatures to life in this colorful stage production. The First Steps series is performed at the Milwaukee Youth Arts Center and is designed for young people ages 3-7 to experience in a lively, interactive environment.

First Stage Young Company, the Theater Academy’s award-winning and nationally renowned training program for high school actors, marks its 15th season with three productions at the Milwaukee Youth Arts Center. A Young Company world premiere play by Alice Austen, GIRLS IN THE BOAT will be performed from December 7 – 16, 2018. Then, the Young Company takes on one of Shakespeare’s greatest and most beloved comedies in AS YOU LIKE IT, March 8 – 24, 2019. The Young Company will bring their grace and prowess to a classic piece of dramatic literature from the 20th century to conclude the Young Company season May 10-19, 2019. “Having garnered a national reputation as a top training program for high school students, this upcoming year marks the 15th season of the Young Company productions. It continues our commitment to presenting challenging work including a world premiere, an American classic, and our annual Shakespeare production,” said First Stage Director of Artistic Development John Maclay. “Under the leadership of program director Matt Daniels, these young artists are truly remarkable. The exceptional quality of their work needs to be seen to be believed.”
First Stage continues its Next Steps programming for young people on the autism spectrum and their families by offering three sensory friendly performances in their 2018-2019 season. Sensory friendly performances provide sensory accommodations including a smaller audience size, reduction of intense lighting and sound, quiet areas, social stories and other resources. Performances include: THE VERY HUNGRY CATERPILLAR SHOW (Saturday, October 13 at 3:30 p.m.); BIG RIVER: The Adventures of Huckleberry Finn (Saturday, March 23 at 3:30 p.m.) and TINKER BELL (Saturday, May 4 at 3:30 p.m.). More information is available at www.FirstStage.org/sensoryfriendly or by calling our Box Office at (414) 267-2961.

First Stage Family Packages – any combination of three or more plays in the season at a discounted ticket price – go on sale to the general public April 4, 2018. Family Packages will be available online at www.FirstStage.org or by phone at (414) 267-2961.

Innovative theater experiences for young people and families, teens, grandparents and theater lovers of all ages. Performances are held at the Todd Wehr Theater in the Marcus Center for the Performing Arts, 929 North Water Street in downtown Milwaukee.

Junior detective Nate the Great has a new case! His friend Annie has just painted a picture, and she can’t find it anywhere. Armed with an appetite for justice and for pancakes, Nate vows to solve this baffling elementary school mystery. From the creators of Just a Little Critter Musical, join the world’s greatest detective in this world premiere musical. Suggested for families with young people ages 4 – 10+

The horrible Herdmans are the worst kids in the history of the world. The entire town panics when these rowdy six siblings are cast in the church’s annual Christmas pageant.  It’s up to good-hearted Mrs. Bradley to help the Herdmans – and the rest of the town – discover the true meaning of Christmas before it’s too late. Silent night? Not a chance, but sometimes a little joyful noise is just right for Christmas. Suggested for families with young people ages 4 – 14+

Broadway’s biggest little hero is about to take Milwaukee by storm!

From the amazing mind of Roald Dahl comes the story of a most unlikely heroine. Unloved by her parents and belittled by her child-hating headmistress, Matilda boldly steps up to set things right with her cleverness, the help of her friends and the support of her kind-hearted teacher. Straight from Broadway, this full-length Tony Award-winning musical will prove to audiences that everyone has the power to change their story. Suggested for families with young people ages 8 – 18+

Travel along the mighty Mississippi River as Huck helps his friend Jim, a slave, escape to freedom and reunite with his family. Their shared journey of discovery proves hilarious, suspenseful and heartwarming. Mark Twain’s timeless classic comes alive on stage in this coming-of-age musical, adapted from the award-winning Broadway musical for our family audiences. Suggested for families with young people ages 10 – 17+

Based on the works of Sir J. M. Barrie
Adapted for the stage by Patrick Flynn

Journey to Neverland as a twinkling new light shines on the adventures of Peter Pan, Wendy, the Lost Boys, and the rest – all from the unique and magical perspective of the feisty fairy, Tinker Bell. With enchanting puppetry, original music and a little fairy dust, you’ll see the world of Neverland as never seen before. All aboard this fantastic voyage!  Suggested for families with young people ages 6 – 17+

Created by Jonathan Rockefeller
Based on Eric Carle’s Books

Forge production at the Milwaukee Youth Arts Center
Thought-provoking, risk-taking, community building – step into the Forge, and witness the latest and greatest new plays for families. Forge is an expansion of the Foundry, First Stage’s new play development initiative.

Lonnie Collins Motion has had some tough breaks in his young life. When he discovers a passion for writing poetry, he finds a way to express his feelings about struggles he and his little sister have faced, his school and his unique perspective on the world. Lyrically weaving together Lonnie’s past and present life, this poignant story reveals one boy’s journey of hope from tragedy to a brighter future. Suggested for families with young people ages 9 – 17+

The year is 1975. A group of smart fiery young women fight discrimination and prejudice to compete in the male-dominated sport of rowing, finding an unlikely ally in the taciturn Harvard men’s coach. Together, they confront ridicule and overcome obstacles in a battle that takes this first U.S. Women’s Rowing team all the way to the world championships. Suggested for families with young people ages 13+

“All the world’s a stage, and all the men and women merely players…”

When Rosalind is banished from her uncle Duke Frederick’s court, she must flee into the Forest of Arden with her cousin Celia and the fool Touchstone. There, they encounter clowns, noblemen and even Rosalind’s new love Orlando – who will need to learn a few things before he will deserve her. One of Shakespeare’s greatest and most beloved comedies, AS YOU LIKE IT is filled with music, love, laughter, and reminders of what is most important in this world. Suggested for families with young people ages 13+

The Young Company will bring their grace and prowess to a classic piece of dramatic literature from the 20th century. Suggested for families with young people ages 13+

About First Stage
One of the nation’s leading theaters for young audiences and families, First Stage transforms lives by creating professional theater experiences that inspire, enlighten and entertain. First Stage fosters life skills through stage skills in its Theater Academy, the nation’s largest high-impact theater training program for youth, and serves over 20,000 students as Wisconsin’s leader in arts-integrated education in schools. First Stage is the recipient of the Milwaukee Business Journal’s Eureka Award in 2013 and 2015, recognizing creativity and innovation in business, education and the arts. First Stage was selected to participate in the Partners in Education program of the John F. Kennedy Center for the Performing Arts (2012). First Stage is a member of TYA/USA, the American Alliance for Theatre and Education, the Wisconsin Alliance for Arts Education, Theatre Wisconsin and Milwaukee Arts Partners, and is a cornerstone member of the United Performing Arts Fund (UPAF). 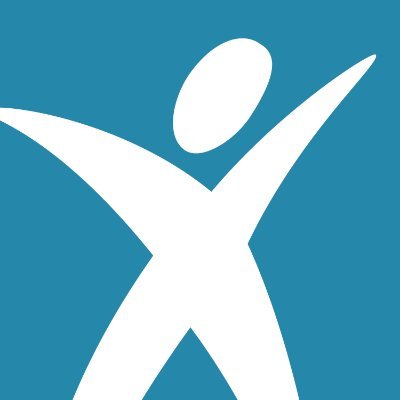 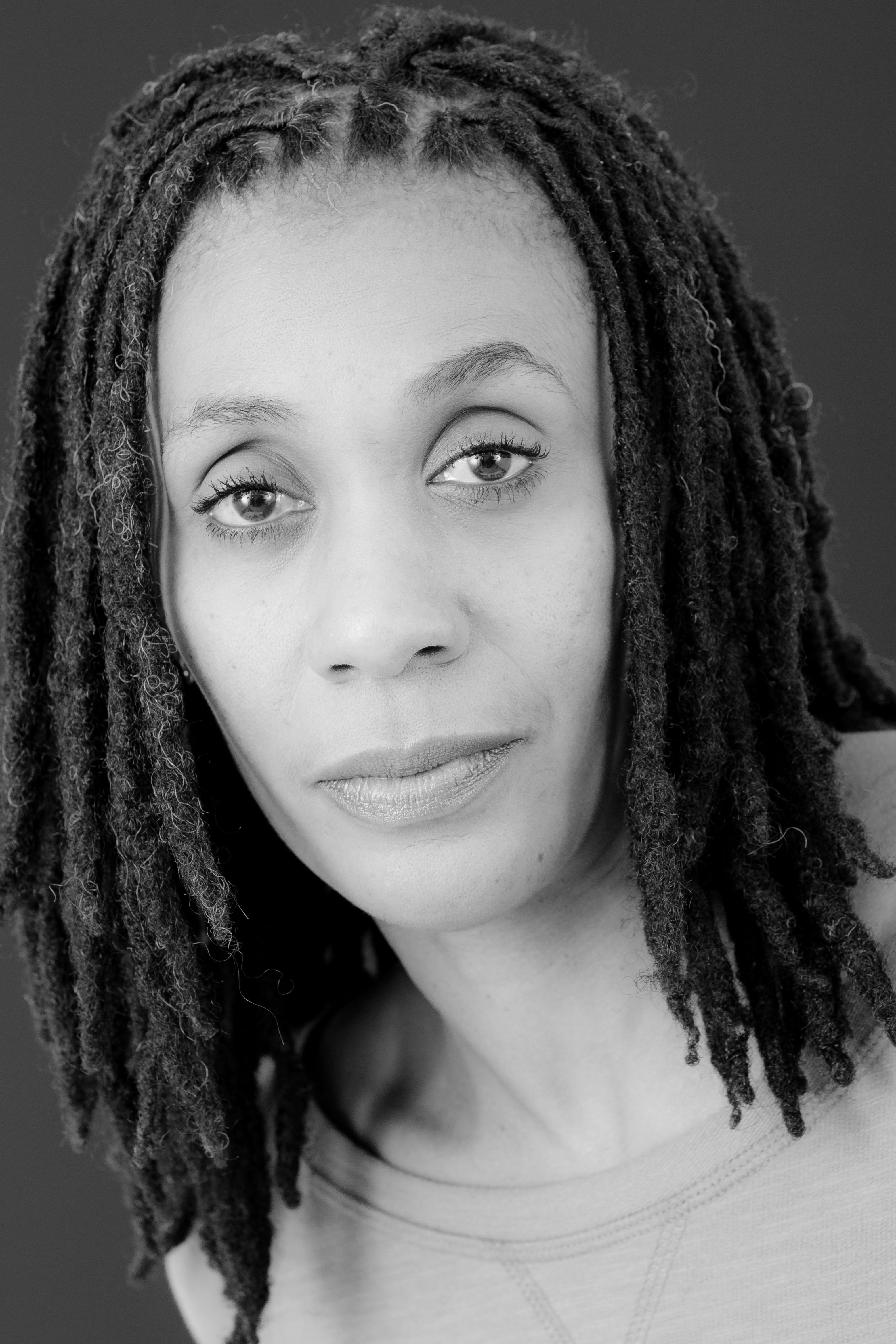