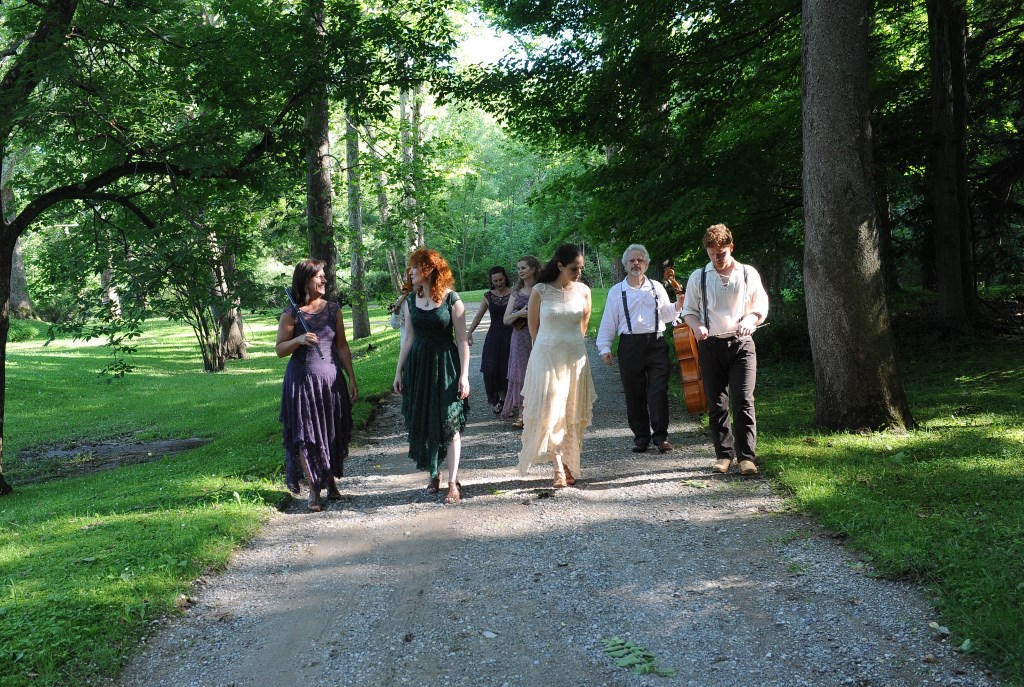 Early Music Now continues its 30th Anniversary celebration by hosting the Milwaukee debut of a Cleveland ensemble that is celebrating its own 25th Anniversary! Also known as “The Cleveland Baroque Orchestra,” this touring performance of Apollo’s Fire features eight principal artists in a program that blows off the pretentions of Baroque music to demonstrate, instead, the origins and fresh appeal of music from the Appalachian Hills. Presented at the UWM Zelazo Center for the Performing Arts on Saturday, March 18th at 5:00, the program may well result in some foot-stomping as well as toe-tapping!

Named for the classical god of music and the sun, Apollo’s Fire was founded in 1992 by Artistic Director Jeannette Sorrell, and has gained international renown for its world-class touring programs as well as for its phenomenal success in front of sold-out audiences throughout northeastern Ohio. The Milwaukee program is titled “Sugarloaf Mountain: An Appalachian Gathering,” and is based on a program that premiered and recorded in 2014, and debuted at #5 on the Billboard classical crossover chart.

Ms. Sorrell grew up in the shadow of Sugarloaf Mountain, and was inspired to create this program by her recollections the music she heard as part of everyday life. As she writes in her extensive program notes:

[This program reaches] back in time “to explore the earliest roots of the Appalachian heritage. The immigrants from the British Isles who made the crossing and built the Appalachian community were mostly from the impoverished lower classes. They left their beloved isles of Scotland and Ireland due to endless years of unemployment, hunger and civil strife. The ballads they brought with them, which date back to the Renaissance and in some cases the Medieval period, include many that are dark and haunting. Topics such as murder and even fratricide are very common in this repertoire; but there are also delightfully playful children’s songs. In short, life was hard back in the home country – and it was still hard in the Appalachian hills. But it was also filled with joy and laughter.

The program brings some unexpected sounds to the Early Music Now stage, mixing hammered dulcimer, long-neck dulcimer, banjo, and guitar with harpsichord, lute, cello, and violin, along with voices particularly suited to this repertoire. Much of the music has become familiar to people everywhere:, “Black is the Color of My True Love’s Hair,” “Oh, Susanna,” “Farewell to Ireland,” and “Wayfaring Stranger.”

This concert is preceded by Early Music Now’s annual Silent Auction and Chocolate Reception, beginning at 3:00. There is no pre-concert lecture. The program, notes, texts, and artist bios for this March 18 program are available at EarlyMusicNow.org, along with youtube clip of music from the program. The program will proceed will last approximately 2 hours and 15 minutes, including a 30 minute intermission for final bids at the Silent Auction.

Tickets may be ordered online at EarlyMusicNow.org, by phone at 414.225.3113, or by mail at Early Music Now, 759 North Milwaukee Street #420, Milwaukee 53202. A printable order form is available on the website. Online and phone orders will close at Noon on Friday, March 17. All orders will be delivered via email as “print-at-home” tickets, with the option of choosing email or mail receipts to be redeemed at Will Call. Tier 3 tickets may be available at the door beginning at 4:00 on March 18.