As assistant dean for public service, Schultz’s charge is to advance access to justice through the creation, implementation, and operational oversight of pro bono projects for law students and lawyers. 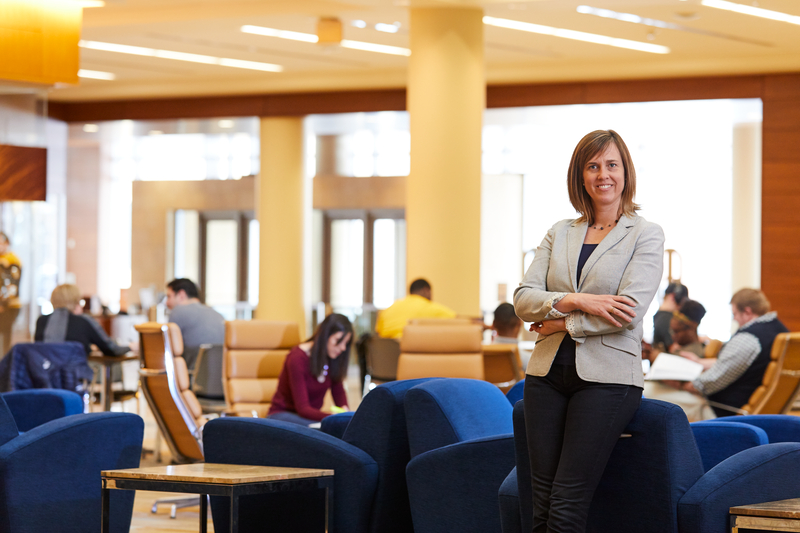 MILWAUKEE — Angela Schultz, assistant dean of public service at Marquette University Law School, has been named to the State Bar of Wisconsin’s list of Legal Innovators for 2019 for her role in developing an experiential learning activity to illustrate the challenges facing lower-income Wisconsinites navigating the civil court system.

Alongside Mary Ferwerda, executive director of the Milwaukee Justice Center, Schultz sought to raise awareness about the issues facing low-income civil litigants in Wisconsin—many of whom are unable to afford private representation and may not qualify for free civil legal aid. “Lost in the Law” is a role-playing game designed to educate law students, lawyers, court officials, and other interested groups about the complex set of circumstances unrepresented people face.

“Most people have an idea about what ‘criminal justice reform’ refers to, but there is not a similar level of understanding about our civil justice system and the barriers facing low-income folks navigating our civil courts,” said Schultz. “In developing ‘Lost in the Law,’ we sought to illustrate the vast and complex challenges underrepresented litigants face. Mary and I have participated in simulations for poverty and domestic violence and know how effective it can be to walk in the shoes of a character. Often, the choices someone has to make are very difficult and the game illustrates that.

“We also had the advantage of assistance from Legal Action of Wisconsin, Wisconsin New Leaders Council, and law student members of our Public Interest Law Society at Marquette that helped us make this a reality.”

The simulation, which can be done in as few as 30 minutes, debuted at the Wisconsin Equal Justice Conference in March 2019, and later was presented to the United Way of Greater Milwaukee and Waukesha County and a group of volunteer lawyers and law students at Marquette. It also was used at the Judicare Conference in November.

As assistant dean for public service, Schultz’s charge is to advance access to justice through the creation, implementation, and operational oversight of pro bono projects for law students and lawyers. Under her guidance, Marquette Law School operates the Marquette Volunteer Legal Clinics and various other pro bono legal services.