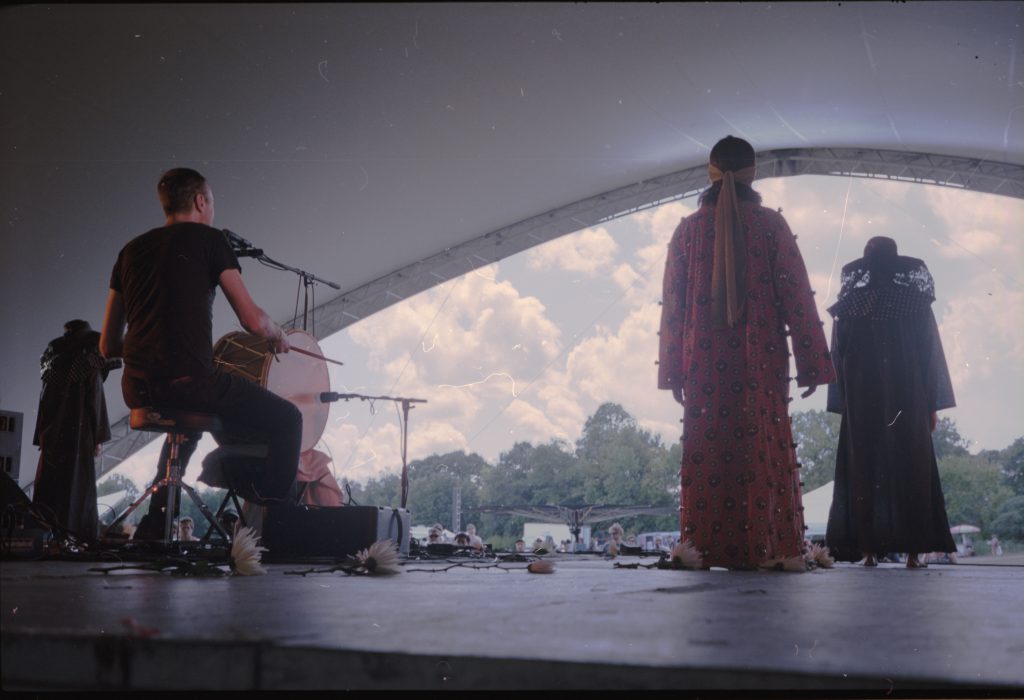 Current and former Milwaukee Ballet dancers collaborate in an evening of live music and dance with experimental artists Jon Mueller (composer) and Dawn Springer (choreographer). The music in the performance was originally written and recorded in 2010 by Mueller for his record The Whole, released by Type Recordings in the UK. For this performance, it has been re-imagined for piano, percussion and voice by Mueller and David Utzinger, and this will be the premiere live performance of this material. Springer’s choreography set to Mueller’s composition was created for 3 female dancers — Ania Hidalgo, Rachel Malehorn, and Janel Meindersee. This project will mark Mueller and Springer’s 4th collaboration. Previous commissions have included two consecutive projects with the Eaux Claires Music and Arts Festival, as well as the 2017 Dance Series at Lawrence University and in Real Time at the Urban Ecology Center in Milwaukee. Their collaborations are meta-inquiries into live performance, asking how we know what is before us. Their work has been described as “mesmerizing” by Spin Magazine, and as an “inherently visceral experience” by the Milwaukee Journal Sentinel. 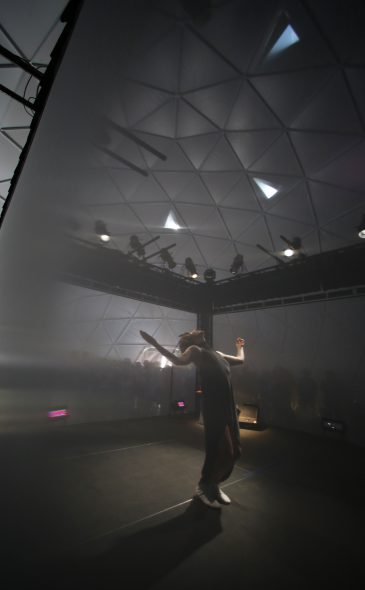 About the Artists
Jon Mueller is a drummer, percussionist and composer who has performed throughout the United States, Canada, United Kingdom, Scandinavia, Europe and Japan, including notable venues such as the Guggenheim Museum, The Arnolfini, New Museum, Musée des Beaux-Arts de Montréal, and festivals such as SXSW, Hopscotch, Osheaga and Primavera. A founding member of the bands Volcano Choir, Collections of Colonies of Bees and Pele, he has also worked with a variety of musicians throughout the US and Europe and currently is drummer, percussionist and vocalist in the group Mind Over Mirrors. He has given talks on listening and creativity at Loyola University, Wesleyan University, Viva Art Action-Montreal and the Zen Buddhist Temple-Chicago. More info on Jon’s work can be found at http://rhythmplex.com/

Dawn Springer is an independent choreographer based in Milwaukee, WI. She has performed, choreographed and given artist talks throughout the United States and abroad. She spent ten years working as an artist in New York, NY before returning to the midwest. Her choreography has been described as “surging and lush” (Philadelphia Inquirer) and as “beautiful composition” (Milwaukee Magazine). Her recent projects include choreography for singer songwriter Marielle Allschwang and Collections of Colonies of Bees, including for their 2018 BMO Harris Bradley Center performance with Bon Iver. She is currently working on new choreography with Nick Sanborn‘s (of Grammy nominated Sylvan Esso) Made of Oak album Penumbra through commission support from the University of Wisconsin Peck School of the Arts. Prior to earning her MFA through Hollins University/The American Dance Festival, she completed her BFA on scholarship at the University of North Carolina School of the Arts, studying with many acclaimed artists including Melissa Hayden. Her writing on dance has been published in journals and is included as a chapter in the recently released Dance in American Culture Anthology (University Press of Florida). www.dawnspringer.com