Today, the Democratic Attorneys General Association (DAGA) Co-Chairs Massachusetts AG Maura Healey and Nevada AG Aaron Ford issued the following statement in response to the attacks on the U.S. Capitol today during the Joint Session of Congress to count the Electoral College votes. Democratic AGs across the country immediately condemned the violence and called for all leaders to do the same.

“Our deepest condolences go out to the family of the woman who was shot and killed today during the violent events at the U.S. Capitol.”

“We are watching an active assault on our democracy – our literal walls of government – play out in real time on national television. Every member of Congress and every leader who believes in the rule of law should condemn the violence and publicly reject the President’s lies about the election that fueled today’s events.”

“Today is evidence of the danger that comes with promoting conspiracy theories and misinformation for political gain as we have seen far too many Republicans do this election cycle. Democratic AGs are committed to holding truth to power and holding those responsible for today’s events accountable. In America, we use our voices and our votes to settle our differences, not violence. Our democracy depends on it.”

“Let’s call this what it is: an attempted coup. This is on you, Donald Trump. Tell your supporters to leave the Capitol NOW. Praying for the safety of Capitol staff, police, and reporters.” [LINK]

“What we are experiencing in our Nation’s Capitol is a terrifying attack on our democratic republic. I’m praying that no one else is harmed in this violent attempt to overthrow our government, and I’m praying for our Country on this a dark day in our history. May God Bless us.” [LINK]

“We call on President Trump to immediately tell his supporters, who are trampling on the District of Columbia and have breached the U.S. Capitol, to cease and desist and return from whence they came in a peaceful manner. The United States of America is the world’s greatest democracy, and that rests on a peaceful transition of power. We urge President Trump to do what he has not yet done, but what he must do: order his supporters to leave the District of Columbia and fully embrace the transition of power to President-elect Joe Biden and Vice President-elect Kamala Harris. In the midst of this unrest, all District residents must remain at home. Under no circumstances should anyone travel downtown nor be in the vicinity of federal buildings.” [LINK]

“What is happening in our Capitol is nothing short of an armed insurrection and domestic terrorism. Donald Trump could have stopped this from happening but he did nothing. I pray no one is hurt today.” [LINK]

“Even Acting US AG Rosen acknowledges that the violence today is ‘an intolerable attack . . . on our democracy.’ It surely is.” [LINK]

“The attack on the U.S. Capitol today is not only an assault on one of our iconic democratic structures, it is an assault on democracy itself. The mob responsible for today’s disgraceful spectacle in our Nation’s Capitol, & those who encouraged their behavior, must be held accountable. Their actions are the opposite of patriotism. I am shocked & saddened that we have come to such a dark moment in our nation’s history. Today’s events remind us that our democratic republic is only as strong as our commitment to it. All of us must recommit ourselves to justice, to civility, to decency, and to the sacred values that have guided our nation for more than 240 years.” [LINK]

“This is no protest, this is a violent insurrection. We’re under attack from within— figuratively and in fact. The terrorists, traitors and enablers who instigated, aided, and abetted this coup—including those in Congress—must be held accountable and never walk these halls of democracy again. The President must resign now. Anyone still standing with Donald trump in his attempt to reject the will of American voters and overthrow our democratically elected government shares his unmistakable guilt. Every American must reject this lawlessness and do everything possible to defend and protect our precious and now fragile union.” [LINK]

“Patriotism is an action, not a title. Democracy is no more invincible now than it was in 1861, nor in this nation than in any of history’s other experiments in self-governance. Our democracy has only been strong when the people, and the government, worked to make it strong and to defend it, including through the transition of power. We are witnessing a despicable, unprecedented, and deranged insurrection in our nation’s Capitol. People have been hurt and more will be, due in no small part to the actions of Trump, and some Republican officials and bystanders, who have cynically stoked the flames of conspiracy and sedition for months. Our actions have consequences & the time for excuses has come and gone. My heart breaks for the shameful display unfolding in Washington. This is not a protest. It is a violent insurrection. It is treason. And it is an assault on the foundation of this country. I am praying for the safety of everyone in the Capitol and hope for the swift and full prosecution of everyone responsible for this dark day in our country’s history.” [LINK]

“The criminal acts perpetrated at our nation’s capital are not protest. These individuals our answering Trump’s call to ‘Stand by.’ They should not simply be asked to leave the Capitol, but they and he should be held accountable.” [LINK]

“Today’s shameful display at the Capitol is Trump’s legacy. Despite the chaos and anarchy of the moment, I’ve never been more proud to be an American than I am watching Joe Biden address this insurrection. If anyone can return our nation to some semblance of sanity, it is he.” [LINK]

“The war to overthrow the US govt of 160 yrs ago is being revived today by a treasonous mob storming the US Capitol with confederate flags in a lawless, violent attempt to overthrow our democracy, urged on by the defeated president of the US. They must all be held accountable. Democracy is as strong as the people it serves & the American people are strong. More Americans voted in the last election than any time in the last 120 yrs and they delivered a clear, convincing result. Democracy has prevailed & will prevail bc the American people will prevail.” [LINK]

“The peaceful transfer of power is a cornerstone of our democracy. We should call this effort to overturn the will of the voters through violence, intimidation, and lies what it is: an attempted coup. This mob and its enablers must stop and must be held accountable under the law.” [LINK]

“This violent coup attempt initiated by outgoing President Trump is despicable. If blood is shed, it will be on his hands. These actions, fueled by lies and wild conspiracy theories espoused by President Trump, must be unequivocally condemned by every corner of our society. Ultimately, I am confident the rule of law will prevail. Joe Biden, our duly elected president, will assume office on January 20th and history will remember this as a sad but unsuccessful attempt to destroy our democratic republic.” [LINK]

“Over the past two centuries, America has had 25 peaceful transfers of power of the presidency from one party to the other — a distinction no other nation can claim. All patriots must forcefully reject today’s acts of terror in Washington.” [LINK]

“The Rule of Law and a democratic society apply both in Washington D.C. and in Salem, Oregon. Please keep the peace, people of our state and country.” [LINK]

“Donald Trump and his enablers instigated this chaos and violence. He’s attacked our Constitution, violated our laws, and now is encouraging lawlessness. He lit the fuse and his conduct is seditious.” [LINK]

“Completely shocking, unacceptable and Un-American behavior by Trump supporters to storm the US Capitol in an attempt to stop Congress from certifying the election results. We are governed by the rule of law, not by violence. We debate, we vote & we follow the will of the people.” [LINK]

“We can’t sugarcoat it. This is a coup attempt. Today we witnessed an attack on the foundations of our democracy.” [LINK]

“It’s difficult to believe what we’re seeing take place at the U.S. Capitol: a fascist riot incited by a lame-duck President desperately and illegitimately trying to cling to power based on absurd lies about the election that amount to voter fraud McCarthyism. Those responsible must be held accountable for what appears to be a seditious conspiracy under federal law. Once Congress has fulfilled its duty of certifying the results of the presidential election, it should immediately begin proceedings to remove the President from office. Every day he remains in office is a threat to the republic.” [LINK]

WI & MI GOP Attempt to Undermine the Voice of Voters, Put Democracy and Safety at Risk 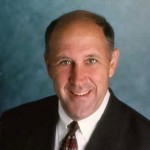