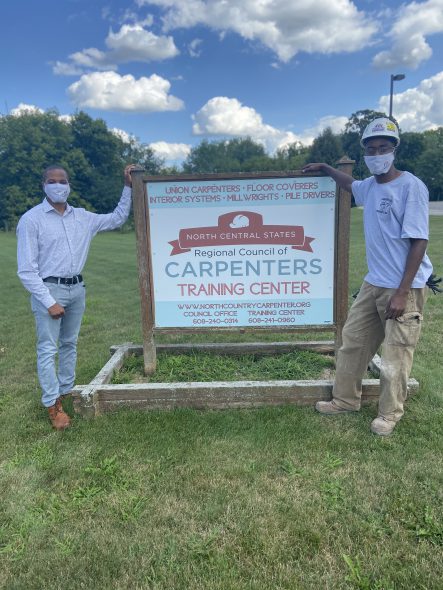 “I am proud to have the endorsement of our carpenters,” said Cratic Williams. “As a dues paying union member myself, I know how important it is to protect folks’ right to get benefits and fair compensation without fear of retaliation.”

Andrew Disch, political Director for the union stated, “Tyrone will be a fearless advocate for union members. He is the candidate that is most prepared to fight for the labor movement at the State Capitol on day one. He has the back of union carpenters and all working families. The stakes are too high for politics as usual.”

76th Assembly District resident and carpenter Tristan, posing with Cratic Williams in this photo, explained what this union job means to him, “My career as a union carpenter has meant top training, safe working conditions and a secure retirement. I know Tyrone will fight for union workers like me in the State Assembly.”

In a sign of growing momentum for his campaign, Cratic Williams responded, “In such a crowded primary, I am especially grateful to have their support and am honored that they are confident that I am the best candidate to represent district 76.”