“Cecelia, Kevin, and Cal bringing their talent, expertise, and energy to the table is a great win for City Year and Milwaukee students,” stated Jason M. Holton, City Year Milwaukee’s Executive Director and Vice President. “We especially look forward to their support, perspective and commitment as we continue to partner with schools and collaborate in the Milwaukee community to help students unleash their fullest potential.” 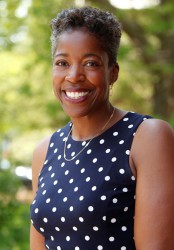 “I am very pleased to have the opportunity to join City Year as a member of the board,” said Cecelia Gore. “The organization has done an amazing job of supporting students through its mission. Brewers Community Foundation has been a long standing supporter and has great respect for the leadership and staff that provide critical support which enhances strong educational attainment.” 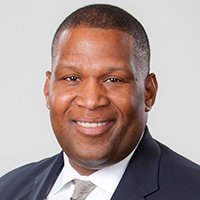 Kevin Joy is Vice President & Head of Institutional Sales at Heartland Advisors. He is also an Emeritus Member on the Auxiliary Board of the Art Institute of Chicago and a past Vice President of Carnegie Mellon University’s Alumni Association Board. He was selected to Diversity MBA Magazine’s 2012 Top 100 Under 50 Executive Leaders List.

“The education of our youth is a societal imperative. I can think of few organizations as uniquely positioned to address individual educational success as City Year. I am both excited & honored to be working with such a dedicated & talented team,” said Kevin Joy. 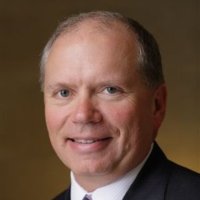 Cal Schmidt, Senior Vice President of Integrated Customer Operations at Northwestern Mutual, also serves on the Rogers Memorial Hospital Board of Directors as Board Vice Chair. He is a Fellow of Life Management Institute and has a Chartered Life Underwriter designation. Northwestern Mutual has partnered with City Year Milwaukee since 2010, sponsoring the Whole School, Whole Child education model in addition to the annual dinner. Their most recent investment has been in the 5:1 Collaborative, which is a joint initiative between City Year Milwaukee, Teach for America, Schools That Can, and Milwaukee Public Schools’ Carver Academy.

“I’m honored and inspired to be joining the City Year board,” said Cal Schmidt, Senior Vice President of Integrated Customer Operations, Northwestern Mutual. “We want to create a deep and sustainable impact where our employees and financial representatives live and work. By supporting education, we’re improving the lives of children and families and building a better tomorrow.”

About City Year: City Year is an education-focused, nonprofit organization founded in 1988 which partners with schools and teachers to help keep students in school and on track to succeed.  In 26 communities across the United States and through two international affiliates, this innovative public-private partnership brings together teams of young AmeriCorps members who commit to a year of full-time service in schools. Corps members provide individual support to students who need extra care and attention, focusing on attendance, behavior, and course performance through in-class tutoring, mentoring, and after school programs. Eighty-five City Year Milwaukee AmeriCorps members currently serve fulltime at nine partner schools to provide individual support to students who face the greatest risk of dropping out. City Year has operated in schools in Milwaukee since 2010.