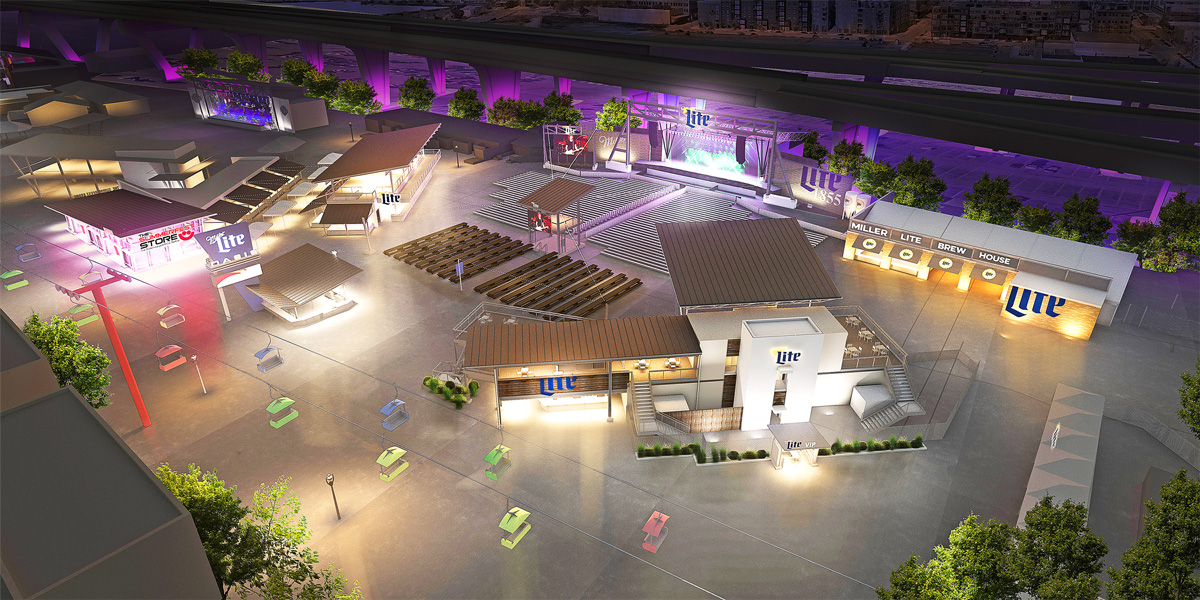 MILWAUKEE (9/12/16) – Milwaukee World Festival, Inc. officials are excited to announce the renewal of MillerCoors’ longstanding partnership as the Official Malt Beverage of Summerfest and Henry Maier Festival Park.  This agreement continues in a partnership that spans decades, beginning with Miller Brewing Company’s commitment to establish the Miller High Life Jazz Oasis stage in the 1970s.  Through the years, MillerCoors’ financial and sponsorship commitment has evolved with the festival, always considering the patron perspective first while enhancing the live music experience.  Milwaukee World Festival, Inc. is especially proud to celebrate this historic partnership during the 50th Summerfest in 2017.

As part of this commitment, MillerCoors also will support the renovation of the Miller Lite Oasis stage area with a completely redesigned stage and shopping area that will offer improved patron amenities and access. Improvements will include a redesigned Miller Lite Oasis stage facade, a new Miller Lite Brew House bar, video screen upgrades, new bar areas, expanded hospitality areas and a reconfigured marketplace and Summerfest retail store. The marketplace and Summerfest store will be funded by Milwaukee World Festival, Inc. Completion is scheduled for the 2017 festival season and Summerfest’s 50th festival.

“MillerCoors has been part of the Milwaukee fabric for more than 150 years.  As one of our hometown markets, we will continue to invest in Milwaukee and are proud to support one of the greatest music festivals in the country,” said James T. Wright III, General Manager of Wisconsin for MillerCoors.

“We are absolutely thrilled to once again renew our partnership and work with MillerCoors to renovate and upgrade the Miller Lite Oasis,” said Don Smiley, President and CEO of Milwaukee World Festival, Inc.  “Their generous contribution to the project reinforces their commitment to Milwaukee, Summerfest and music fans everywhere.  Together, we will transform the live performance venue with an exciting new look and a thrilling experience for fans, artists and our community alike.  MillerCoors’ sponsorship of the ethnic festivals, Summerfest and Henry Maier Festival Park is grounded in community support, which they have consistently proven over a long period of time.”

The renovation project will include:

The Miller Lite Oasis was last upgraded in 2006 and has since served as a central and highly popular location for Summerfest fans.  With the project, Summerfest aims to ensure that the Miller Lite Oasis is a fan favorite for many years to come. Eppstein Uhen Architects and Hunzinger Construction Company have been selected to manage the project.  As provided in the lease between the City of Milwaukee and Milwaukee World Festival, Inc., this capital project is subject to the review and approval by the City of Milwaukee, Board of Harbor Commissioners.

Summerfest 2017 – the festival’s 50th edition – will take place June 28 – July 2 and July 4 – July 9 from noon until midnight and will be closed Monday, July 3.  Following its 1968 debut, Summerfest has evolved into what is now recognized as “The World’s Largest Music Festival” and Milwaukee’s cornerstone summer celebration, hosting he music industry’s hottest stars, emerging talent and local favorites along with approximately 850,000 people from Milwaukee and around the world each year for an unforgettable live music experience.  During the festival, the spotlight shines on over 800 acts, over 1,000 performances, 11 stages, delectable food and beverages and interactive activities, all in a world-class festival setting.  Patrons can also enjoy Miller Lite, the Official Beer of Summerfest.