MILWAUKEE, Wis. (Nov. 9, 2020) – The African American Chamber of Commerce of Wisconsin is poised to embark on its most impactful and successful year in 2021.

The organization plans to celebrate the grand opening of the Legacy Space in early 2021.

Once open, the 4,000-square-foot Legacy Space will feature a commercial kitchen tailored for baking to help grow catering and other businesses, private offices, a coffee shop and retail space.

The opening of the Legacy Space will cap an impressive series of milestones for the AACCW:

Kendrix said the AACCW projects its membership to grow 25 percent annually and to help launch up to 80 new businesses at the Legacy Space over the next three years.

Kendrix also announced that he and his wife, Deirdra, have moved to the Dallas area, where her consulting firm DC Global Group has expanded its footprint. They are maintaining dual residences, and Kendrix returns to Milwaukee as needed to fulfill the AACCW’s mission.

The AACCW Board of Directors asked Kendrix to retain his leadership role with the organization in 2021.

“Covid-19 has forced organizations to pivot and operate differently. The AACCW is no exception,” said Debbie Allen, chairwoman of the organization. “Over the past nine months, the Chamber has been challenged with the need to continue serving its members during the pandemic. I’m proud to say our president has successfully moved the Chamber to operating virtually, and the organization has been a tremendous resource to its members. The AACCW has also been a venue for corporations to donate funding for minority businesses. The length of the pandemic is uncertain, and Legacy is before us. Thus, it’s imperative that a leader like Ossie stay the course with the AACCW in 2021.”

“Ossie has done a phenomenal job leading the African American Chamber of Commerce of Wisconsin and has really demonstrated his value to the organization throughout the pandemic,” said Nikki Purvis, the incoming chairwoman of the AACCW Board of Directors.

“While teleworking, he has introduced new programming and services to members; developed, nurtured and strengthened strategic partnerships; and completed the $1 milliion Legacy Capital Campaign,” Purvis said. ”During these unconventional times, it is critically important – from an operational and relational standpoint – for the Chamber to continue to focus on implementing our plans for 2021 and creating a sustainable environment for staff, members and donors alike.  Ossie has proven that teleworking is not a hindrance to his leadership, so I am confident the Board’s decision to support his dual residency is fitting for the moment.”

Later in 2021, the AACCW Board will work with Kendrix to determine the right time to consider a leadership transition and a possible successor.

The AACCW Board also expressed faith in the competence of the AACCW staff, which includes Jona Moore who oversees AACCW Programming. 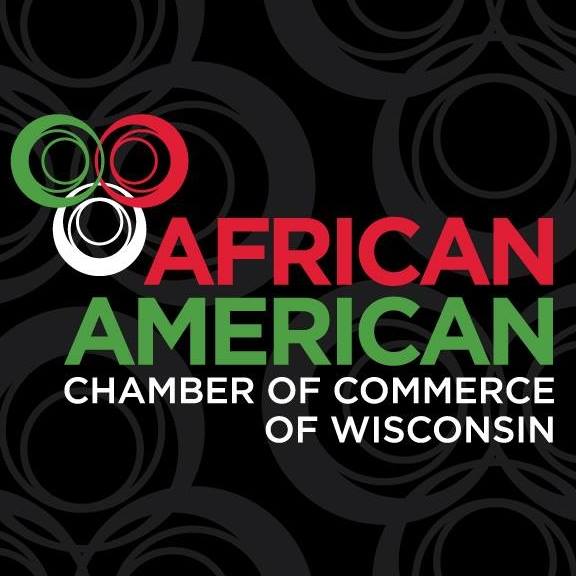 Nov 9th, 2020 by African American Chamber of Commerce of Wisconsin

Oct 26th, 2020 by African American Chamber of Commerce of Wisconsin

A Donation from American Family Completes the Campaign

Oct 22nd, 2020 by African American Chamber of Commerce of Wisconsin

The Legacy Co-Working & Innovation Space receives major contribution from the Johnson Controls Foundation to continue completion of workspace for Chamber members and entrepreneurs.