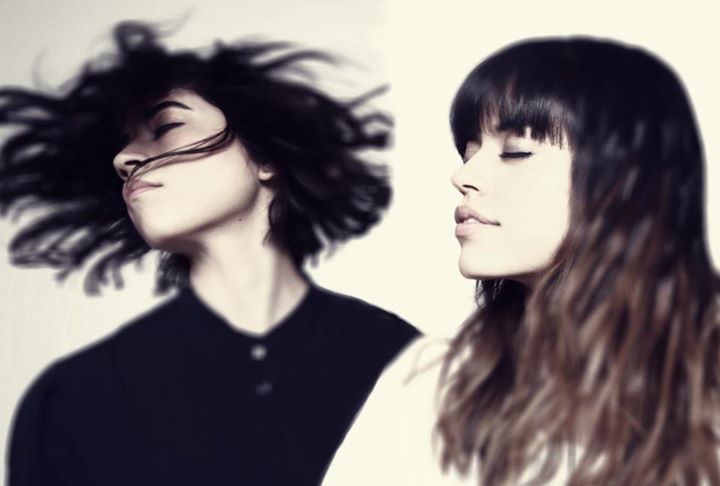 Vic and Gab to play MKE Unplugged this Thursday

The "Take One at TCD" alumni, supporting their sophomore album "Love of Mine," are set to take the stage Thursday night for UWM's MKE Unplugged series.

The "Take One at TCD" alumni prepare for the release of their debut album, celebrating with a show at the Cactus Club this Saturday evening.

Built to Spill carry the zero to Turner Hall Ballroom

With a new lineup on board, Boise ID's Built to Spill make their return to Milwaukee.

“Big Star: Nothing Can Hurt Me”

The fantastic biopic looks at one of the most legendary cult bands in rock history, Memphis, Tennessee's Big Star.

Volcano Choir making a rare appearance at the Pabst

Fresh off the set of Late Night with Jimmy Fallon, this collaboration of Wisconsin musicians will return to town as part of the tour for "Repave," their new album.

The Zombies return to Milwaukee, this time at the Pabst

The classic '60s band might have been a footnote in history, were it not for their masterpiece "Odessey and Oracle," a post-breakup album that would later be the defining Summer of Love sound.

The indie pop act is set to perform at the Pabst Theater this evening, touring in support of their new album Wondrous Bughouse.

Touring in support of their new album "Era," the band's solid reputation and fascinating blend of post-punk and psychedelic sounds should have you headed down to Bay View Friday night.

The Melvins and Mudhoney to perform at Turner Hall Ballroom

The Seattle grunge pioneers will share the stage this Sunday to commemorate the Melvins' 30th anniversary.

With the band set to take the Shank Hall stage this weekend, Sahan Jayasuriya examines their discography, finding much more than "Stacy's Mom".

Stars to shine on Turner Hall

Touring in support of their latest album The North, the Canadian indie rock group will be playing Turner Hall Ballroom Monday evening.

Back in Your Head

Tegan and Sara return to the Pabst Theater

The Canadian alternative pop duo returns to Milwaukee in support of "Heartthrob," a slick album that marks a new chapter without betraying their old sound.

Milwaukee's own songwriting sister duo Vic & Gab stopped in at the ThirdCoast Digest offices to play a few tunes.

This quintet of cathartic records is perfect for anyone opposed to Valentine's Day on emotional grounds – or Valentine's Day-lovers with a weird sense of humor.

Yo La Tengo’s got it right again with “Fade”

Paper Holland at the Down and Over Pub

Milwaukee quartet Paper Holland celebrated the release of debut album "Happy Belated" at the Down and Over Pub on Friday night.

Sahan Jayasuriya runs down a list of albums to get excited for in 2013. PLUS: an exclusive stream of new song from Milwaukee band Fable & The World Flat.

Sahan Jayasuriya shares his favorite albums, singles and shows of 2012.

A behind-the-scenes look at TCD's window decoration at the Shops of Grand Ave, and holiday greetings from our editorial staff.

With the local music festival gearing up for its third year, Sahan Jayasuriya talks to organizers Kelsey Kaufmann and Sean Heiser.

With the band set to take the Turner Hall stage this Friday, TCD sits down with bassist Todd Bell to talk about their classic album, Frame & Canvas.

An interview with Sean Williamson, director of “Heavy Hands”

"Heavy Hands," Sean Williamson's debut feature film, premieres Thursday at the Oriental Theatre. TCD sat down with Williamson for an in depth interview.

Episode One – The Midwestern Charm

Connor LaMue of The Midwestern Charm performs inside TCD's office at the Shops of Grand Avenue in the first episode of Take One at ThirdCoast.

The echoey concert hall and a respectfully silent audience provided the perfect setting for Low to play a resonant, career-spanning set.

Sahan Jayasuriya catches up with Marc Solheim to preview this Friday's benefit for the Pablove Foundation at Turner Hall, the Salford Lads Club.

Touring in support of new album "Sun," Cat Power (aka Chan Marshall) brought a variety of styles to the Turner Hall stage on Monday night.

The xx, nothing short of fantastic, at the Pabst Theater

A stunning stage show at the Pabst completed the "perpetual twilight" sound of the xx, and the group's first time live in Milwaukee was a true success.

Beach House at the Pabst Theater

Beach House brought their washed out dream pop to the Pabst Theater on Wednesday evening, playing to a nearly packed house.

This weekend, Milwaukee's Latest Flame Records celebrates its ten year anniversary at the Cactus Club. TCD talks with owner Dan Hanke about the past, present and future of the label.

Professional skateboarder Stacy Peralta's documentary shows the sport from an emotional angle, and presents the athletes first and foremost as people.

Dirty Projectors make a triumphant return to the Pabst

TCD spiced up the neighborhood's night of art with a photobooth and crafts from TCDIY's Carly Rubach.

Ft. Collins' Post Paradise sat down with TCD to talk about their upcoming show, tonight at Linneman's with I'm Not a Pilot.

A Band in DC” at the Milwaukee Film Festival

Over five years in the making, this film documenting these heroes of hardcore is definitely worth the wait.

Next up in the Cream City Soundcheck series is YACHT performing at Turner Hall and "having a really cool across-Milwaukee experience." The (free!) Celebration is tomorrow night at Turner Hall.

A wild variety of absurd fun

The Song Remains the Same

Paul Hammond Gets The Led Out

TCD talks with Paul Hammond, guitarist of Led Zeppelin cover band Get the Led Out, performing at the Marcus Center Saturday night.

From the Pabst to the Cactus Club, TCD presents your guide to the 10 must-see concerts in Milwaukee this fall.

Cream City Soundcheck catches up with Milwaukee's indie pop heroes Maritime, where they talk music, families, careers and being able to juggle all of them at once.

I’m Not a Pilot

The Marcus Center hosts Raitt, Linney's at Ten Chimneys, hi-jinks at the Stackner, Emancipation art at the Haggerty.

Cream City Soundcheck checks in with local legend Paul Cebar in the DJ booth at WMSE, at Cafe at the Plaza, and performing live at Turner Hall.

Multi-disciplinary dance, sci-fi theater and festivals as the summer season winds down.

Photographer Angela Morgan listens for the music in the image.

Major Henry Schantz talked with TCD about this weekend's Milwaukee Air and Water Show, his personal background, and piloting the F-22. Photo gallery by Lacy Landre.

Cream City Soundcheck caught up with Milwaukee rock 'n' rollers Mortgage Freeman for a little bit of talkin' and rockin'.

The Tallest Man on Earth at the Pabst Theater

Tallest Man on Earth albums don't always do justice to the incredible voice of Kristian Matssen, but the Pabst Theater most certainly did.

Lots to do in Milwaukee's late summer, most of it outdoors.

Recording studio owner and self proclaimed "audio nerd" Shane Hochstetler has been one of the most in-demand studio engineers in Milwaukee for the last five years. Shane talks with TCD about the process of turning his childhood dream job into a reality.

Visiting bands, docUWM and TCD partner in a new video series. We Go Forth with the Kings.

What's the magic word in Milwaukee? Free! It comes up a lot in this week's On Stage.

Gallery Night Gala, and the shows must go on

Off the Wall and Sunset Playhouse soldier on with a farce and a musical, and Gallery Night celebrates a quarter-century.

At a sweaty, sold-out show at Quarters in Riverwest, King Tuff delivered the type of set that summer is all about. Photo gallery by Erik Ljung.

Twelve years in, Liars have done everything but repeat themselves. On Wednesday night, the Brooklyn band shook the room at Mad Planet.

The Marcus Center presents "Billy Elliot, The Musical," the story of a boy and ballet; Holly Hughes is Theatre Gigante's guest.

Hey! Let’s go outside and play!

Gathering on the Green, Starry Nights, Bastille Days, Florentine at the Lake... or stay inside with Alchemist's "Juliet and Romeo."

Kalpana/Draves Dance at UWM, Moses and Patterson dancing on a roof, and the day of Red White and Blue.

10 local bands to see this summer

Live music is everywhere this time of year, and Sahan Jayasuriya looks at 10 up-and-coming local acts to see live in the Brew City this summer.

The Story of Die Kreuzen

Before the band's Turner Hall show with Unsane, TCD talks with Melvins drummer Dale Crover about the band's new EP and what's next for the grunge pioneers.

A Preview of Record Store Day 2012

Record Store Day is celebrating its fifth year, and TCD checks in with Milwaukee's local independent record stores before Saturday's sales and celebrations.

TCD chats with Milwaukee Day organizers Timm Gable, Brent Gohde and Andy Silverman about "The Greatest Day in the World."

The “All Messed Up Again” experience

Last weekend, 64 musicians got "All Messed Up Again" at Linneman's. TCD Intern Sahan Jayasuriya shares his experience playing in the unique musical experiment.

Show-goers had the chance to dig through all kinds of collectables at WMSE's Collector and Gear Show, from rare records and memorabilia to guitars and amps.