The Radical Views of Kelly and Dorow

Both candidates for state Supreme Court got legal training from mediocre Bible-oriented school.

The race for state Supreme Court has been described as a contest between two conservatives, Dan Kelly and Jennifer Dorow, and two liberals, Everett Mitchell and Janet Protasiewicz. But that only begins to describe how stark the differences are in this election. 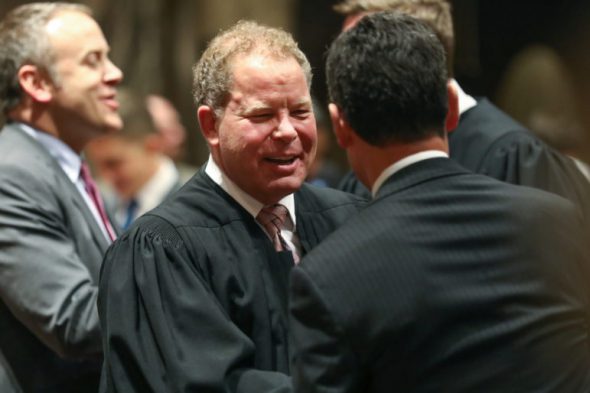 Remarkably, the two conservatives, Kelly and Dorow, both got their law degree from Regent University, founded by fundamentalist TV preacher Pat Robertson. It was still called the Christian Broadcasting Network School of Law when Kelly began attending it and changed its name in 1991, a year before he graduated and two years before Dorow began taking classes there.

Nowadays it ranks pretty low among law schools — behind 141 by U.S. News & World Report — but back in the 1990s when Kelly and Dorow attended the school it was doing far worse: 60 percent of the class of 1999 failed the bar exam on the first attempt, as the Boston Globe reported, prompting the school to overhaul its curriculum.

As a 1995 story by the Baltimore Sun reported, classes at Regent “begin with Bible readings and the secular legal system is analyzed through the prism of the Bible. Each class started with 15 minutes of prayer.”

“We’re here for one purpose,” its dean J. Nelson Happy told applicants to the school, “to serve Jesus Christ.”

One issue of the school’s law review was killed because it contained an article arguing that shooting an abortion doctor could be justifiable homicide, the story reported.

Even today, its mission statement states that “Regent University serves as a center of Christian thought and action to provide excellent education through a biblical perspective and global context, equipping Christian leaders to change the world. These values permeate the law school.”

With such an education, it’s perhaps not surprising that Kelly wrote a book, in 2014, with strikingly unorthodox views on the law, declaring that that “all authority” comes not from the U.S. Constitution but from God. The book also offered a bizarre comparison between slavery and affirmative action, with Kelly arguing that both “spring from the same taproot” and that “neither can exist without the foundational principle that it is acceptable to force someone into an unwanted economic relationship.”

In his 2016 application to the governor applying for the vacant justice position, Kelly excoriated the U.S. Supreme Court’s landmark Obergefell v. Hodges ruling in 2015 striking down the federal law banning same sex marriage. The decision, he wrote, “will eventually rob the institution of marriage of any discernible meaning: In the name of fairness, we will, in time, recognize other nontraditional arrangements as ‘marriages’… Finally, when marriage eventually means anything imaginable, we will find it means nothing at all.” 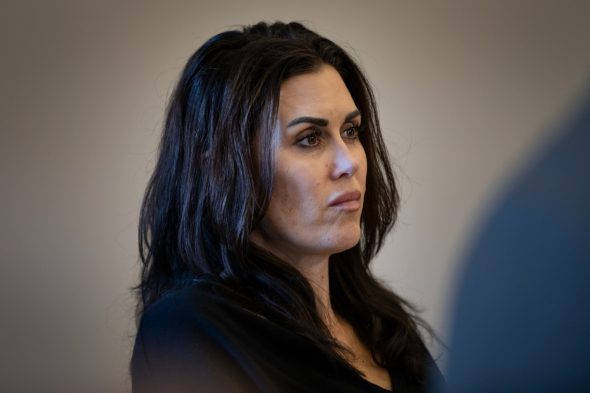 In short, he proposed to be a state Supreme Court justice with a viewpoint that was hostile to a U.S. Supreme Court decision. On the one hand, Kelly claimed that the oath he would take as a justice “will guarantee to you that my personal political beliefs and my political philosophy will have no impact on me whatsoever.” Yet those “personal political beliefs” were offered by Kelly as his legal views in his application for the Supreme Court position, and as part of his legal philosophy in his book (a chapter of which he included in his application).

Kelly was appointed to the state high court by Gov. Scott Walker in 2016, serving four years and losing his bid for election in 2020 by Jill Karofsky, becoming only the second state Supreme Court incumbent in Wisconsin’s history to lose re-election.

It’s telling that Kelly has been endorsed in this election by Justice Rebecca Bradley, who is the most radical member of the court. Kelly wrote a high court decision that found Madison could not bar guns on its buses and has compared abortion to murder.

He was also a sure vote for Republican proposals. “Kelly has consistently voted in favor of every position taken before the Wisconsin Supreme Court by the right-wing Wisconsin Institute for Law & Liberty,” liberal lawyer Lester Pines has written. “And, by the way, Kelly previously served on the advisory board of WILL.”

Like Kelly, Dorow owes her elevation to a judge position to Walker. She was appointed a Wisconsin circuit court judge by Gov. Walker in 2011, and elevated to chief judge by the Wisconsin Supreme Court in 2017. She has been endorsed for the high court by Justice Pat Roggensack, who was the driving force in turning the court into a virtual rubber stamp for GOP views.

While Dorow has been less vocal about her views than Kelly, in her letter to Walker asking to be considered for judge, she wrote that “I hold strong conservative values that will guide me as a judge.” Interestingly Kelly is on the record chastising any candidates who talk about their values, arguing they should run for the Legislature, not the Supreme Court. “I think the values are really just a thin veil put over her personal political agenda,” he said of Karofsky. Which, of course, contradicts Kelly’s past statement that his “personal political beliefs” guide his legal philosophy.

Dorow has exemplified the same contradiction. In the January 9 debate featuring the four candidates she declared that being “fair and impartial” meant that she wouldn’t give any details as to how she might rule in any case. “The role of a judge should not be interfered with by our political views. We wear a black robe in part to tell of our authority, but also to shield us from the biases and prejudice we undoubtedly bring from our personal experiences.”

Yet she told Walker that her “strong conservative values” would guide her rulings and her application for the judgeship condemned the 2003 Lawrence v. Texas decision by the U.S. Supreme Court as the “worst Wisconsin or U.S. Supreme Court decision.” The 6-3 ruling cited the Due Process clause of the 14th amendment to strike down the sodomy law in Texas, thereby making same-sex sexual activity legal and by extension invalidating sodomy laws in 13 other states. The ruling is by now settled law, but Dorow called this “judicial activism at its worst,” echoing the view of another Regent Law School graduate written about in the school’s newsletter.

Dorow has often made clear the importance of biblical teachings to her. “Every morning I get up and do the same thing five days a week… making a cup of coffee and reading my Bible on an app. I spend some time in prayer and really focus on being grateful and thankful and I carry that into my day. Every day,” Dorow told reporter Karen Pilarski.

Press accounts of her debate performance raised questions about her knowledge of the issues. “Dorow spent most of the time during her answers referencing a plastic binder of notes in front of her,” PBS Wisconsin reported. “On most questions, Dorow read from a prepared script and did not answer fully,” the Journal Sentinel observed.

The other two candidates in the race got their law degrees from the two institutions that have educated most lawyers, of either party, in this state: the University of Wisconsin (Mitchell) and Marquette (Protasiewicz). Neither school starts each class with 15 minutes of prayer or teaches law through the prism of the bible.

Both Mitchell and Protasiewicz have been described as liberals and are likely to oppose gerrymandered legislative districts and the 1849 abortion ban, while Kelly and Dorow are likely to take the opposite view. But there are many more issues the court will face, and Protasiewicz and Mitchell appear to be within the mainstream of legal thought and traditions. The background and training of Dorow and particularly Kelly suggest they are considerably more radical in their views.

8 thoughts on “Murphy’s Law: The Radical Views of Kelly and Dorow”