From a state with countless judges, he picks a crackpot lawyer named Daniel Kelly. 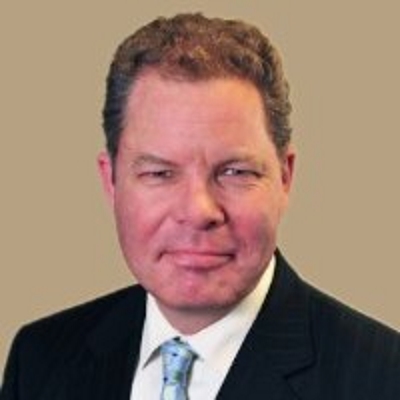 Imagine for a moment you are the governor of Wisconsin and have the opportunity to pick a a new state Supreme Court justice. It’s a huge opportunity, the chance to shape the history of the state, perhaps for decades because justices often serve for many years. And the position is so prestigious that you might have your pick of some of the brightest minds in Wisconsin.

This is the opportunity that Gov. Scott Walker faced, after Justice David Prosser retired in mid-term from the court. And Walker’s choice from among the more than 15,000 lawyers in Wisconsin was one Daniel Kelly, a little known lawyer from Waukesha with no experience as a judge.

Kelly, as we first learned from Bill Lueders and the Madison weekly Isthmus, is author of the bizarre theory that affirmative action and slavery are comparable: “Morally, and as a matter of law, they are the same,” Kelly wrote in his little-read 2014 book entitled, John Rawls and Christian Social Engagement: Justice as Unfairness. Both slavery and affirmative action, Kelly opined, are “an unwanted economic relationship.”

Seriously? asked liberal blogger Jim Rowen. “What kind of mind can reduce and reconfigure the sinful, violent, obscene personal and cultural coercion of thousands and thousands of captured human beings – – many of whom died in chains on slave ships or were raped and murdered while in bondage in America after losing their freedom, names, families, identity – – into a sanitized collection of obfuscatory, overly syllabic words like “unwanted economic relationship?”

Where in the world did Kelly get such views? Perhaps from attending the Christian Broadcasting Network School of Law founded by Pat Robertson. In 1990, two years after Kelly began as a student there, the name was changed to the current Regent University School of Law, but it remains a Christian-oriented institution that requires applicants to include a Spiritual Life Recommendation from a clergy member or someone in church ministry.

Regent has been ranked a “tier four” school by US News & World Report, with the lowest score and essentially in a tie for 136th place, but back when Kelly attended its reputation was even lower, as more than half of graduates failed the bar exam.

Kelly must have been one of the brighter lights of that fourth-rate school, as he has gone on to a career that has included 15 years working with the Reinhart Boerner Van Deuren law firm. But his legal views still seem out of the Pat Robertson school of law.

Kelly has portrayed himself as someone who will “apply the law as it is written” but his book declares that “all authority” comes not from the U.S. Constitution but from God, suggesting he will be a Christian judicial activist.

A legal conservative might be expected to rule in conformance with the U.S. Supreme Court, but Kelly, in his application to the governor applying for the vacant justice position, excoriated the U.S. Supreme Court’s landmark Obergefell v. Hodges ruling striking down the federal law banning same sex marriage. The decision, he wrote, “will eventually rob the institution of marriage of any discernible meaning: In the name of fairness, we will, in time, recognize other nontraditional arrangements as ‘marriages’… Finally, when marriage eventually means anything imaginable, we will find it means nothing at all.”

The idea that marriage could now mean any imaginable partnership — say, with an animal, avocado or inanimate object — was pushed by such non lawyers as Rebecca Kleefisch, though she later apologized for this, but Kelly seems eager to embrace this slippery slope sophistry.

It goes without saying that Walker was going to pick a conservative (though the court now has a 5-2 conservative majority), but it wasn’t necessary to pick an “insane person,” as the liberal Think Progress website amusingly marveled.

The governor could have picked Mark Gundrum, graduate of UW-Madison’s highly regarded Tier 1 law school, whose application included 48 letters of recommendation, including 19 from trial court judges. Gundrum is a conservative Republican who served in the legislature for 11 years, and would have been replacing a former lawmaker in Prosser.

But he apparently wasn’t extreme enough or Christian enough for Walker. Kelly seems connected to all the planets in Walker’s political constellation. As the Wisconsin State Journal has reported, Kelly was one of several lawyers Republicans hired in 2012 to defend their legislative redistricting maps. He is president of the Milwaukee chapter of the conservative Federalist Society and former vice president and general counsel for the Kern Family Foundation, which has donated money to Republican candidates and causes. He also acted as a close adviser to Justice Rebecca Bradley during her troubled election bid earlier this year.

And Kelly, like Bradley, wrote a column for the Milwaukee Journal Sentinel in 2008 that urged candidates for the state’s highest court not to sign a “clean-campaign” pledge pushed by the state bar association, that asked candidates to “publicly disavow advertisements that impugn the integrity” of the state’s judicial system. Kelly and Bradley favored “free speech” rights, which has in effect has meant a Supreme Court bought and paid for by Wisconsin Manufacturers and Commerce.

Finally, Kelly has served on the litigation advisory board for the Wisconsin Institute for Law and Liberty, a conservative group bankrolled by the Bradley Foundation which has filed lawsuits defending several of Walker’s most contentious proposals, the State Journal noted.

Kelly’s tight connection to the group was signaled when its president Rick Esenberg predicted Walker would pick Kelly. Esenberg’s column was also intended to defend Kelly from Lueders, who quoted Howard Schweber, a UW-Madison professor of political science, who called Kelly a “competent” lawyer lacking qualifications for the state Supreme Court, aside from “an unwavering commitment to an ideology that is shared by Gov. Walker and the Republican leadership in the Legislature.”

On the contrary, Esenberg contended, Kelly is a “lawyer’s lawyer,” while admitting the two are friends. Kelly has an “ability to engage in sophisticated legal reasoning,” Esenberg insisted, while making no attempt to resolve Kelly’s view on affirmative action with this description. Rather than defending Kelly’s world views, Esenberg simply ignored them, made sure not to link readers to Lueders’ column and dismissing the entire controversy as likely to make Kelly seem extreme only in “the precinct of Dane County.”

Walker had to work just as hard to defend Kelly at a press conference where he announced his pick. When questioned as to Kelly’s total lack of bench experience, Walker noted that Prosser and Shirley Abrahamson fell in the same category. But Prosser is a UW Law School grad who served as an attorney for the U.S. Department of Justice, as a district attorney, and for 18 years in the Wisconsin legislature. Abrahamson was a highly regarded UW Law School professor and expert in American legal history who has gone on to become one of the most influential state supreme court justices in America.

The governor seemed to have little confidence in Kelly’s ability to handle questions about this or anything else. “Walker declined to yield the podium to Kelly when reporters asked him to specifically answer their questions,” the Journal Sentinel reported. (Kelly had also applied for the Supreme Court position in secret, apparently hoping for as little exposure as possible.)

Walker wouldn’t even let Kelly answer a question about whether he intended to seek election in four years. (Walker claimed that he never asked Kelly.)

Kelly was allowed the chance to second Walker’s contention that the attorney’s views will have no impact on his decisions as a justice. “The oath that I will take will guarantee to you that my personal political beliefs and my political philosophy will have no impact on me whatsoever,” Kelly said. “Those things simply have no place inside a court of law.”

Up to now, Michael Gableman has been widely seen as the least qualified member of the Wisconsin Supreme Court, but the bar keeps getting lowered. Now it seems any supporter of Walker, no matter how crazed his legal views, can be elevated to the state’s highest court.