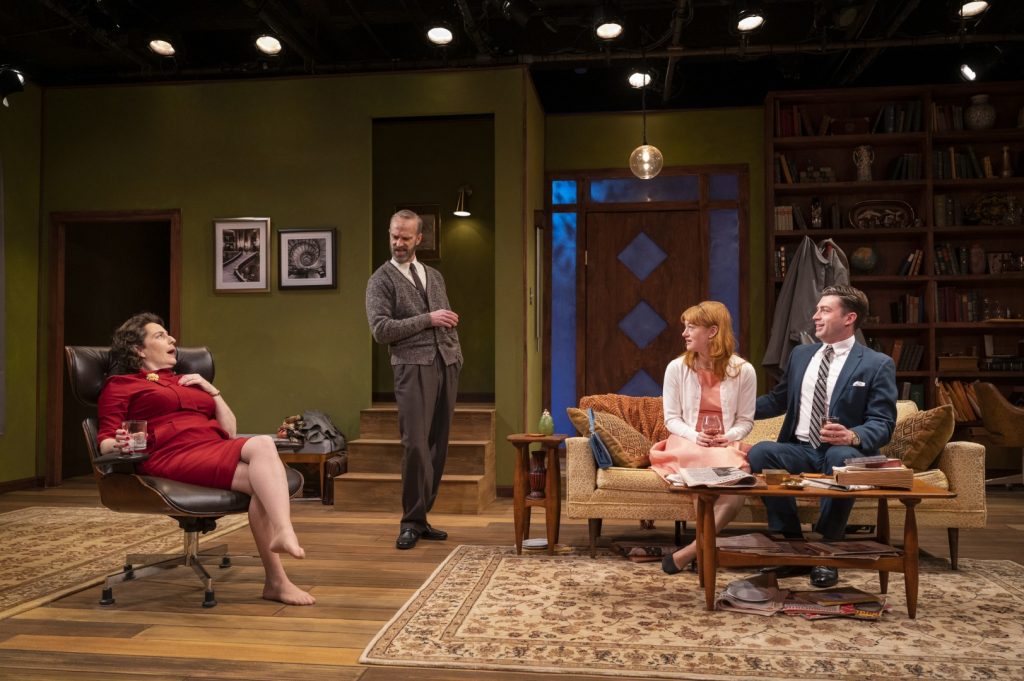 In a lovely program note explaining why the Milwaukee Chamber Theatre chose this play, artistic leader Brent Hazelton recalls how he first encountered Who’s Afraid of Virginia Woolf? as a beginning college theater student in 1995. His note led me to out-do him a bit in the memory department — but only because it relates to how highly I measure this production, running through Feb. 12 in the smaller studio stage of the Broadway Theatre Center.

In 1962 as a college student visiting New York, I saw the original cast – Arthur Hill as George and both Uta Hagen in the evening and Kate Reid in the matinee playing Martha. Yes, I saw it twice. Theater people knew then that Edward Albee had created a masterwork examining American domestic life and the slow death of the western notion of romance as George and Martha, in a drunken night at their college home, subject us and a new faculty couple to their bitter, funny and oddly mysterious games, including self-loathing.

Some of the dialogue and the names of the games became famous cliches – “hump the hostess” and “get the guests” – but most of the dialogue and insights remain fresh, cutting and mesmerizing. There is such destructive invention – with new variations as the three hours bounce along with two intermissions and a lot of drinking — that the drama comedy has become a standard by which much of the world’s theater dialogue is still measured 60 years later.

This production, with an excellent one-room set by Jason Fassi and clever echo staging by Keira Fromm, deserves comparison with the original not because of similarities of performance, but because of topnotch professionalism and how different times, circumstances and actors add colors and perspectives, reminding us of how deep and dramatically complex was the original.

It was frightening in its day because of what it was saying about supposedly idyllic middle-class academic life, but it was also experimental theater in how it hinted at and revealed the myths people tell themselves to survive.

Get a daily rundown of the top stories on Urban Milwaukee
In this production, Laura Gordon is now more studied and intellectually motivated as Martha, not experimental as much as probing. She makes Martha fit these times. Hagen and Reid were creating a monster that had to be humanized (when Martha yells, “I don’t bray,” the actors had to bray like the biggest emotionally truthful creations of that generation’s Method actors), but Gordon doesn’t bray to make a point; she cuts like a knife. She doesn’t seduce, she’s a deliberate and aware temptress, not primarily sexual but demanding obedience because of her academic influence (Daddy runs the college). She makes us feel reasons behind her raucous behavior and defiant motives. Her lines carry a human truth, even a poetry, that make her a believable partner, not just a drunken slut, in the couple’s eerie games.

I felt in 1962 that Arthur Hill, while excellent, was keenly aware he was facing volcanoes in his Martha and had to underplay and mock to make his points. James Ridge‘s George also mocks but he is free today to reveal and even relish George’s intellectual power. He is not so much in a struggle to control Martha but to turn the entire company of actors into his playthings, giving George an almost Shakespearean power as a surgeon of human foibles – and the moral center of the play. It is a commanding performance, intriguingly balanced to match the artistic choices of his Martha.

As guest Nick, the faculty stud revealing more about his life and his wife, Honey, than he intended, Casey Hoekstra finds an intriguing actor’s way to boyishly grin his vulnerability and submerge and redirect his instinct for physical assault. The original Nick, the late George Grizzard, was a whirlwind of words whose cockiness made him loose-tongued, but he was not physically dominating against the lean Arthur Hill. Hoekstra is physically dominating so has to succumb to Ridge’s superior knowledge and verbal skill, requiring a different set of skills.

Honey, his brandy-infused wife whose drunken silliness leads to key revelations, requires retaining her innocence while inviting disaster. She is played by Kate Romond with a convincing ability to shriek and sleep as needed – but the original Honey, Melinda Dillon, could hide inside the couch pillows at key moments in the big Broadway theater, an escape not allowed on the smaller, intimate Milwaukee set. This also plays a role in her choices.

It’s different in the famous film with Richard Burton and Elizabeth Taylor, where director Mike Nichols could move the camera to disguise the transition moments. Onstage, Albee challenges every actor – there is no place to hide, except within characterizations, yet the plot needs moments of hiding to keep this drunken party going.

Albee as always is testing the best of actors to their limits. How do you disguise the technique needed while making the audience viscerally feel both laughter and pain? How do you exorcise (and exorcise is meant literally) the most basic of human deceptions, which is where this play is heading?

This production makes you appreciate Albee all over again and see new facets along the way. After 60 years the Milwaukee Chamber Theatre is treating Who’s Afraid of Virginia Woolf? as something it has long been – an outstanding example of classic theater. 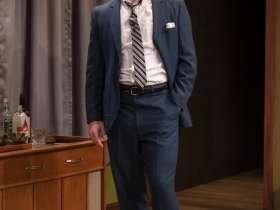 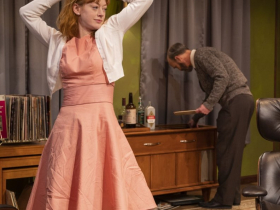 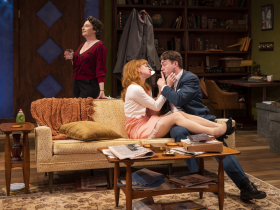 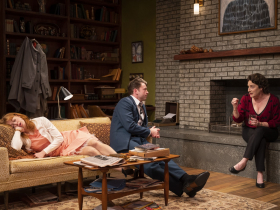 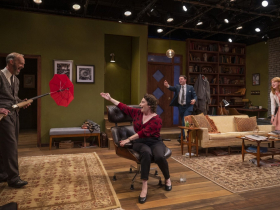 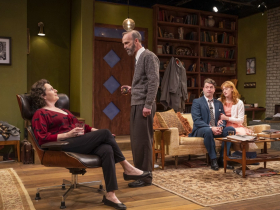