Raising millions in donations through dozens of separate foundations while cutting care for the poor. 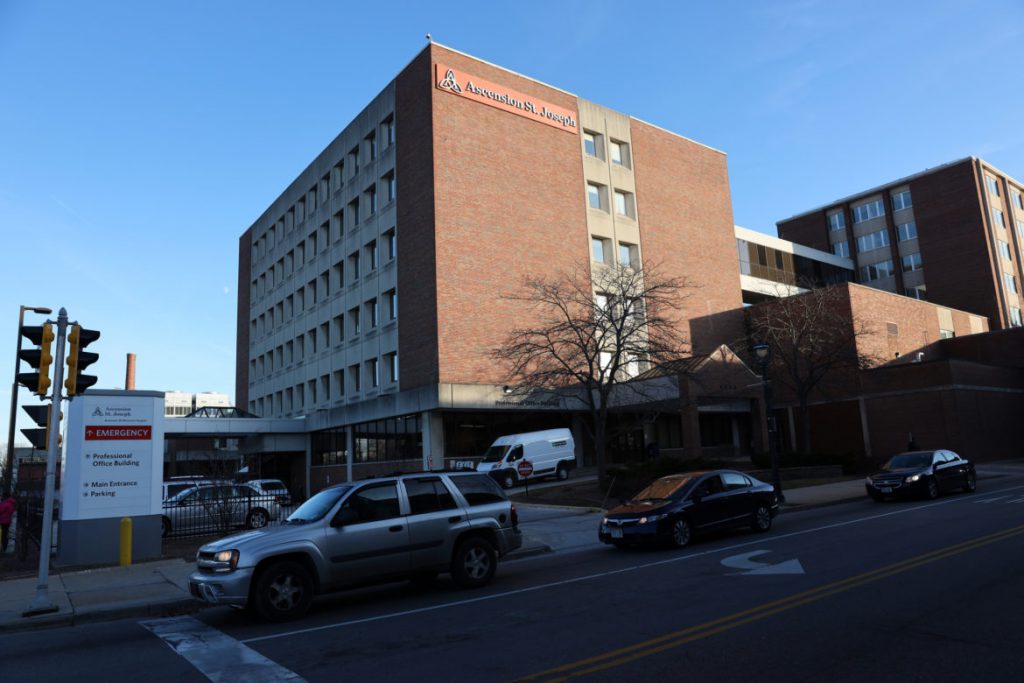 The Ascension health care chain has vast wealth, including $18 billion in cash reserves and $41 billion in investments, yet has been slashing staff and services in Wisconsin and other states.

Often these cuts in service are in poorer, urban neighborhoods. Yet the chain also has dozens of separate foundations, mostly with a religious name, which raise many millions in charitable dollars to help provide care to the “uninsured” and “most vulnerable.” At least six of those foundations are located in Wisconsin and together collected $7.6 million in donations and had nearly $69 million in investments. There are dozens more in other states.

The chain’s growth in size and wealth has largely occurred under the leadership of Anthony Tersigni, who has been become very wealthy, over the last two decades while promoting Ascension’s Catholic mission. Ascension is the largest Catholic hospital system in the world, and all of its senior executives “receive on-going formation that includes heavy doses of Catholic social teaching,” a National Catholic Reporter story noted.

Tersigni has served for years as president of the International Confederation of Catholic Health Care Institutions for the Vatican in Rome. He met with Pope Francis in 2015 and attended a conference at the Vatican in 2017 where the Pope asked Catholic institutions in the world ‘to keep people who are poor at the center of everything we do.”

Ascension has taken over countless Catholic hospitals that were founded and long run by religious women who had taken vows of poverty, and were often supported by charitable dollars. In Wisconsin those hospitals are still soliciting donations as separate nonprofits, but it’s now done under the leadership of Ascension. “Your gift to your local Wisconsin foundation goes directly to the programs and services that serve the most vulnerable in your community,” notes an Ascension pitch to donors. “Your gifts help us… give care to the uninsured,” says another foundation’s pitch.

Get a daily rundown of the top stories on Urban Milwaukee
These separate nonprofits still include their old Catholic names, such as the Ascension’s Columbia St. Mary’s Foundation, which according to its most recent federal 990, as of June 30, 2019, had collected $2.8 million in contributions and grants in the past year, and had $26.8 million in net assets, including savings, temporary cash and inInvestments. Other foundations in Wisconsin with the most recent numbers reported include:

-Ascension Mercy Health Foundation in Oshkosh as of June 30, 2019 had raised just over $833,000 in contributions in the past year and had $12 million in net assets including $4.8 million in investments.

-Ascension’s St. Elizabeth Foundation in Appleton had, as of June 2020 collected more than $459,000 in contributions in the last year and had $8.8 million in net assets, including $8.5 million in investments.

-Ascension St. Francis Hospital Foundation in Milwaukee, as of June 30, 2019, had earned $118,000 in contributions in the past year and had net assets of nearly $69 million.

-Howard Young Foundation in Woodruff, as of June 30, 2020, had gotten more than $2.8 million in contributions in the past year, and had net assets of $17.4 million, including $16.6 million in investments.

Ascension lists five other foundations in Wisconsin that do not show up on Guidestar.org, which complies the federal 990 tax forms of all nonprofits. All told Ascension lists 52 foundations located in 14 states plus the District of Columbia, but some (as in Wisconsin) may be inactive.  On their federal tax forms, however, the Wisconsin foundations list at least 300 nonprofits nationally that fall under the Ascension banner. How many are collecting donations is unknown. Nor it it known whether all the investments owned by the separate foundations are included in the $41 billion in investments managed by Ascension’s investment company. Ascension did not respond to requests from Urban Milwaukee asking how many foundations they have and how much they raise in charitable dollars.

But clearly Ascension is raising many millions in charitable dollars to help the poor and vulnerable, and yet it ranks 10th worst among the country’s non profit health care organizations in charitable care. It has a “fair-care” deficit of $388 million, meaning the value of its tax exemption is worth $388 million more than the amount of charity care it provides. The ranking does not include the value of charitable dollars raised.

Ascension shut down its Providence Hospital in Washington D.C. in 2019, a facility that served a largely poor population, with 50 percent of its patients on Medicaid. It shut down three hospitals in Detroit’s poorer neighborhoods over a period of ten years. In Milwaukee Ascension has pushed to close its surgical and medical units and discontinue other services at St. Joseph’s Hospital at 50th and Chambers, but has faced stiff community opposition, and it recently shut down its labor and delivery unit at St. Francis Hospital, leaving the entire South Side of the city, including many lower-income Hispanic Catholics, without such services.

Ascension also has a wealth gap between its workers and CEO pay that is comparable to the biggest corporations in America. In 2015 Ascension announced it would raise the minimum wage for all its “associates” to $11 an hour, saying that “We believe our associates deserve a socially just wage that acknowledges the dignity of the human person and the spiritual significance of the care they provide.” Meanwhile its CEO, Tersigni was earning $13.9 million that year or 607 times more than its $11 per hour associates. A story by the National Catholic Reporter criticized this as worse than top corporate CEOs, who earned 361 times more than their average worker.

It’s all part of an organizational strategy that mimics for-profit conglomerates, building an empire of hospitals and ruthlessly trimming expenses and cutting staff, as a New York Times story reported: “At one point, [Ascension] executives boasted to their peers about how they had slashed $500 million from the chain’s labor costs.”

Tersigni led the health system for more than 15 years, becoming CEO of Ascension Health in 2004 after having served as chief operating officer since 2001, and earning $94 million in compensation for just his last six years (2012-2019), according to the organization’s annual tax forms. He has since run Ascension’s investment arm for an $11 million annual salary.

“Such exorbitant salaries are shocking and a clear insult to the Catholic identity of the organization he led,” wrote National Catholic Reporter columnist Michael Sean Winters. But elsewhere in the Catholic establishment Tersigni has been showered with praise. In May 2013 he was inducted into the Dominican School of Philosophy and Theology’s College of Fellows with a citation saluting his “concern for each person and your solicitude especially for the poor and vulnerable… while creating a corporate culture that exemplifies a healing ministry of Jesus.”