Why St. Joseph Hospital Is Targeted

It’s all about greed by “non-profits,” chasing revenues and big salaries. 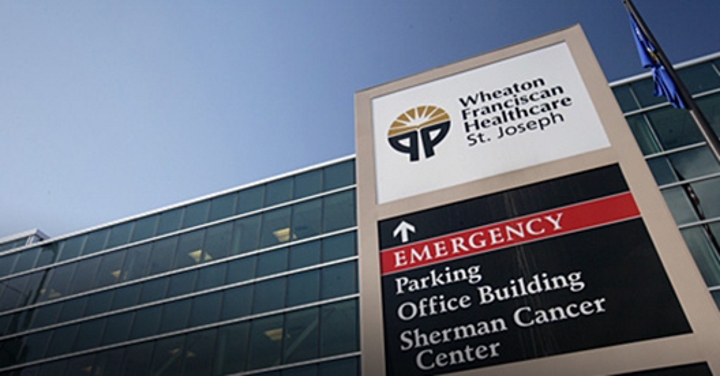 In early April we learned that St. Joseph Hospital on 50th and Chambers planned to close its surgical and medical units and discontinue other services as well.

The decision was announced by Bernie Sherry, whose title is “Ministry Market Executive” for Ascension Health, the St. Louis-based chain which operates St. Joseph. As his title is perhaps meant to suggest, Ascension is technically a “not-for-profit,” a “charitable organization“ which is the nation’s largest Catholic health care system. And as Sherry saw it, this reduction in services would actually be a boon to the community by offering some of the newly vacated space to other groups in the area.

“Our vision is to transform the St. Joe’s campus into an urban health village that brings together partners to address social and community needs and spark economic investment in the Sherman Park neighborhood,” Sherry announced in his press release.

What some might see as simply taking services from the neighborhood was actually “an innovative approach to community health and wellness together,” according to Sherry

As for patients who were losing medical care, Sherry said they will still have “ample” access to other hospitals in the city, including Columbia St. Mary’s Milwaukee, Froedtert Hospital and Aurora Sinai Medical Center.

Except that Columbia St. Mary’s is 5.6 miles away, Froedtert 4.6 miles away and Aurora Sinai Medical Center 4.1 miles from St. Joseph. That’s a long way for the many low-income families in the city who lack a car.

“We ship them off to another hospital in the city, how does their family get to them?” asked George Hinton, the CEO of the Social Development Commission and a former hospital administrator, in a story by CBS 58. Hinton called the slashing of services by St. Joseph a “dismantling of a neighborhood’s safety net.”

What Sherry and Ascension Health really seemed to be doing is shifting some of the lower paying patients to other facilities. As a story in the Journal Sentinel noted, about 51 percent of St. Joseph patients are covered by Medicaid, compared to 14.5 percent of Aurora St. Luke’s Medical Center and Aurora St. Luke’s South Shore’s patients and 15.9 percent of Froedtert Hospital’s patients. And the reimbursement rate for Medicaid is lower than for private insured patients.

“They’re nonprofit organizations, and yet what is fueling every decision they make is the bottom line — is the money,” Ald. Bob Donovan told Fox 6 News. “Shame on them.”

And Ascension Health has been very successful at making money. Its most recent audited financial statement shows the organization made more than $22.6 billion in revenue and $1.9 billion in net income (or profit) and $5.6 billion in reserves.

Its leaders are becoming quite wealthy running a charity. According to to the organization’s most recent annual federal tax forms, Ascension President and CEO Anthony Tersigni earned $13.9 million in compensation in 2015, $17.5 million in 2014 and $14.3 million in 2013. His 2014 compensation topped that of every executive at 100,000 nonprofit organizations whose data was analyzed by the Wall Street Journal.

In addition, Ascension’s chief financial officer and five executive vice presidents all earned anywhere from $2.8 million to $8.3 million that year. All told the seven men in Ascension’s executive office earned $40.7 million in 2015. In 2014 these seven men earned $41.8 million.

They decided to reduce services at St. Joseph because the hospital is losing $20 million per year. If they earned half as much in compensation, they’d still make enough to be in America’s top 1 percent and Ascension could have afforded that loss.

If it seems churlish to criticize them, consider that Ascension is a tax-exempt non-profit, meaning we the taxpayers subsidize them, paying more in taxes because Ascension is exempt. In 2011 it was estimated that the value of the tax exemption to America’s nonprofit medical organizations was a whopping $24.6 billion. Ascension is what we used to call a “charity,” and its federal tax form shows it still got some $9.7 million in contributions and grants in 2015.

It wasn’t that long ago, back in the early 1990s, when the president of St. Mary’s Hospital in Milwaukee was a nun who took a vow of poverty and earned $1 a year. There are still some people who make donations to hospitals, unaware they are contributing to the wealth gap in America.

As a column in the American Journal of Medicine complained, “nonprofit” hospitals have become hugely profitable medical conglomerates like the Stanford research and teaching hospital, whose “almost quarter billion dollars of profit earned… in just 1 year could fund the tuition of all of Stanford’s medical students — for the next decade.”

The writer, Robert M. Doroghazi, MD, charged that “executives of ‘nonprofit’ health chains have seized some of the tax-exempt advantage for their own personal enrichment.” In 2011 and 2012, he noted, 30 executives at non-profit health care organizations made more than $4 million a year, with a mean total compensation of $6.5 million. Two executives made more than $10 million, and one made more than $20 million. “I do not believe the average chief executive officer on that list is more valuable to society than 100 registered nurses,” he wrote.

But those salaries were more than five years ago. You can bet they have risen since then. At Ascension the seven top officers saw their compensation rise by 20.8 percent in 2014.

Precisely how all this squares with the mission of a Catholic institution, or the teachings of Jesus, is difficult to understand. In reaction to Ascension’s announcement about St. Joseph, there was an outpouring of criticism from city officials and members of the community, and the health care chain announced “a pause” in the changes for now. Just how long that pause will last is not clear.

But there is ever reason to believe Ascension will look to slash services at St. Joseph as quietly as it can, at some point in the future. Because the big health care organizations nowadays do everything they can to reduce their load of Medicaid patients and those with no coverage whatsoever — what used to be embraced as charity care by Catholic hospitals. Nationally, Doraghazi noted, a 2013 study showed that charity care represented only 1.9 percent of nonprofit hospitals’ operating expenses. But the figure is 5 percent at St. Joseph, its figures show.

With that kind of loss, how can Ascension afford to pay the next raise in salary for Anthony Tersigni?

Update 6:15 p.m. April 27: Sherry released a statement saying this: “In response to feedback we received from the mayor, Common Council, community leaders and others, we announced that we would “pause” our plans to reconfigure services at Ascension St. Joseph Hospital. To be clear, ‘pause’ means we are stopping the plan to consolidate medical/surgical and ICU inpatient beds and surgery from St. Joe’s to Ascension Columbia St. Mary’s Milwaukee… Ascension Wisconsin’s three city hospitals play an essential role in Milwaukee’s safety net system, providing quality care for those who are poor and most vulnerable. For more than 170 years, that has been our Mission and our privilege. That has not changed and will not change.”

24 thoughts on “Murphy’s Law: Why St. Joseph Hospital Is Targeted”