Supervisors try tactic they used for the Waukesha water deal. 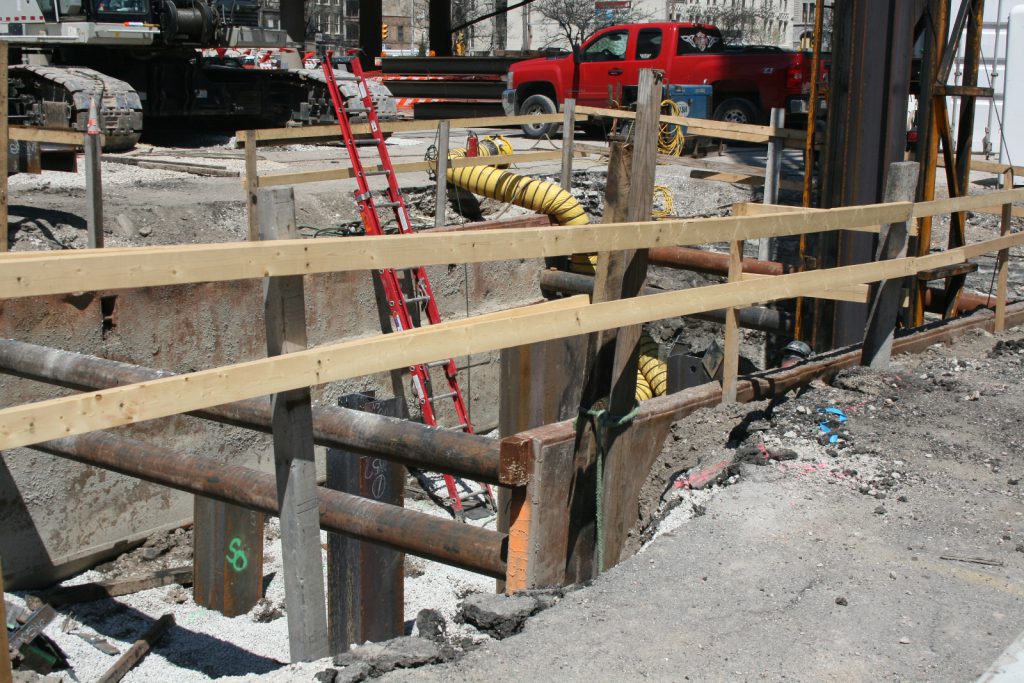 After the Milwaukee County Board of Supervisors managed to squeeze some extra money out of the City of Waukesha for a utility project, supervisors have suddenly become interested in what the county is charging for utility easements.

These easements are legal agreements that allow utilities to install infrastructure, often underground, on county-owned land. In December, the board managed to secure an extra $175,000 out of an easement deal from a $300 million drinking water project for Waukesha that will supply the community, whose wells are contaminated with radium, drinking water from Lake Michigan.

On Thursday, supervisors on the Parks and Culture Committee, fresh from their experience with the Waukesha project, decided to once again leverage their authority, putting the brakes on an easement for a WEC Energy Group gas main in South Milwaukee.

Such a move is not unprecedented for a local government. Members of the Milwaukee Common Council previously held up an easement for the utility — balking at the $1,000 payment being offered.

Currently, there is a high-pressure natural gas main running along the underside of a bridge on 15th Avenue near Manitoba Avenue. The utility wants to put a new pipe underground to improve the system and safety, said Erica Goblet, parks contracts manager.

The utility wants to run the pipe underneath the eponymous Oak Creek and nearby county parkland. The easement would cover approximately 0.17 acres of land. In exchange, WEC offered the county $4,480 dollars for the easement. If approved, the utility would bore underneath the ground deep enough that construction would not disturb the creek, or the root systems of nearby trees, a representative of WEC said.

Newly aware of their power over these deals, supervisors on the committee grilled parks staff about how the price tag for the easement was calculated. Prior to the Waukesha deal, the board’s consideration of utility easements was typically a sleepy affair. The last time this parks committee considered an easement for the power company — less than a year ago — it unanimously voted for approval without discussion.

Goblet explained that typically utilities pay 25-50% of the appraised value of land and that they also pay right of entry fees to conduct the work. Normally utilities run underneath the right of way, which they can do for free, Goblet said. “The government has done that to make sure utilities can get to people,” she said, “to make sure people have access to gas and electricity.”

Sup. Juan Miguel Martinez, who voted for a WEC utility easement in June without asking a question, said he was inquiring about the payment now after the utility raised their rates and the recent request that customers lower their thermostats to conserve energy during the polar vortex. Martinez also said he had “contempt” for the utility.

Sup. Steve Taylor also referenced the recent thermostat request, saying he turned his own thermostat up. “Hey, if it goes out my house is warmer to start with.”

“Is there a counteroffer that we can give to get more out of this?” asked Taylor.

Goblet responded that supervisors could offer an amendment before the full board meets in February and noted that the utility does have a timeline for the project. Taylor said he liked hearing that the project had a timeline because that meant the board had leverage.

Nearly a decade ago, the Republican-controlled state legislature clipped the county board’s wings: knocking them down to part-time legislators, cutting their pay, and taking away much of their power. Since then members of the board, whose authority is derived from state law, have at times groped for power within county government. But with utility easements, they have finally landed on something that they do in fact control.

Supervisors were giddy at the meeting Thursday to once again be exercising their newfound power: laughing and cracking jokes. At one point, Taylor mouthed the number 10, holding up his 10 fingers to Sup. Peter Burgelis, who is not a member of the committee and was sitting in the crowd.

Get a daily rundown of the top stories on Urban Milwaukee
The utility, a representative of which was attending virtually, accepted the new price. “I think in the interest of getting this project to move forward and to respect your feedback in regards to the price we’d be willing to accept the $10,000 counteroffer,” said Joseph Thom, a system operations supervisor. 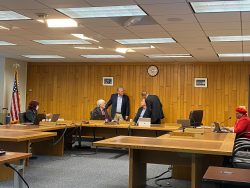 Supervisors were caught flat-footed by the utility’s concession and tried to figure out, procedurally, how they should vote on the issue to block it while simultaneously keeping it alive for further negotiation. At one point, supervisors Sheldon Wasserman, Shea and Taylor huddled, in unprecedented fashion for a public meeting, away from their microphones to consult with Research and Policy Director Steve Cady. After huddling, Wassmeran said the best way to proceed would be to lay the item over, so that parks can negotiate a new deal with the utility.

“We look forward to continuing to work with the County and members of the board to address their questions about the easement for this important project,” said Brendan Conway, a WEC spokesperson and former county administration employee, to Urban Milwaukee after the meeting.

Martinez noted that the county should come up with an official counteroffer, “Because they agreed super fast to that number.”

Taylor indicated that he thought squeezing money out of easement deals could become common practice for the board. “We have land, and someone wants it… and they need to pay accordingly,” Taylor said. “And so, enough of this just giving away stuff.”