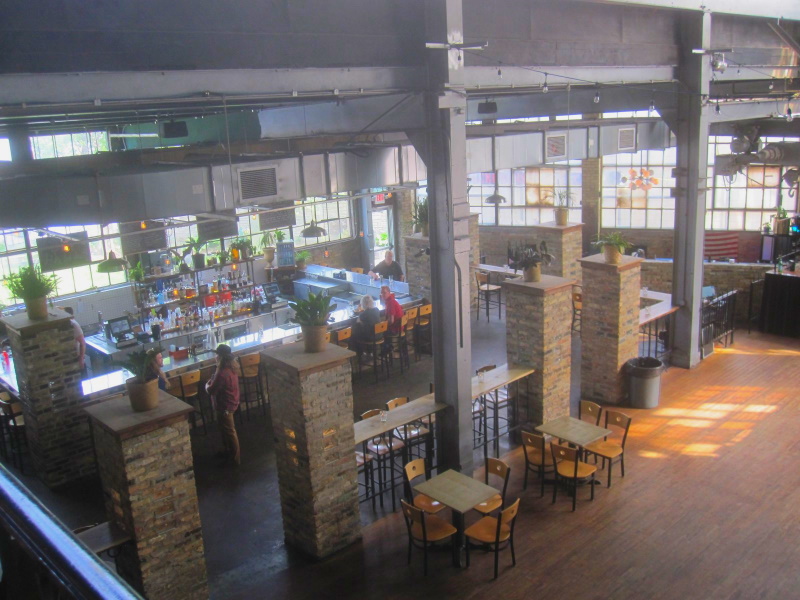 The New Year is here! Hopefully everyone has been sticking to their New Year’s resolutions and renewed their overnight parking permits. There are plenty of events in Milwaukee this weekend to kick off the New Year, including an N/A Day Festival that will interest those participating in Dry January. If you’ve been thinking about getting a small pet, the Humane Society is hosting an Adopt-A-Thon, allowing guests to name their own price on bunnies, guinea pigs, mice and more. The Milwaukee Repertory Theater’s take on Shakespeare’s Much Ado About Nothing opens, featuring enough ‘90s nostalgia to make you dig out your old Nirvana CDs.

Whether you’re trying out Dry January or just giving up alcohol for good, there’s plenty of non-alcoholic beverages to try at Milwaukee Record’s annual N/A Day Festival. Tickets to this event include unlimited samples of non-alcoholic products from vendors such as Lagunitas, Sprecher Brewing, Guinness and more. WMSE’s DJ Christreater will be on site spinning records, and 4th Dimension Sobriety, a Riverwest-based supportive environment for those seeking freedom from drugs and alcohol, will be present. The event will run from noon to 4 p.m. and will take place at The Cooperage. Tickets are $20, and can be purchased on Eventbrite.

If your New Year’s resolution was to travel and spend more time outdoors, then perhaps owning an RV has crossed your mind. The Greater Midwest RV Show will showcase RVs that showcase every camping lifestyle – from the bougiest “glampers” to the minimalist travelers. The event is free to attend, and will run on Friday from 10 a.m. to 7 p.m., Saturday from 10 a.m. to 7 p.m. and Sunday from 11 a.m. to 4 p.m.

Whisk away to a fantasy world with the Goblin King Masquerade Ball – an opportunity to dress up and enjoy a night of shadowcast theatrics. This event will feature themed cocktails and mocktails and special performances from The Goblin King Players. VIP guests will be granted early entry at 7 p.m., and General Admission will be allowed to enter at 8 p.m. Formal attire is required, and tickets can be purchased on the Pabst Theater Group’s website.

January 7: MKE Music Night at The Back Room

MKE Music Night is putting on its 40th rendition of its live music series that has spanned across multiple venues. This event series features live music, as well as local artists live painting and selling their works. For its 40th show, The Back Room at Colectivo will host Tlalok & Casimir Riley, Pocket Change, Soul Speed and Sleepy Gaucho. Featured artists include Yuliya Bay, Abby Bell, Cyle Cervantes and Andrew M. Perry. The show will start at 6:45 p.m., and tickets can be purchased on the Pabst Theater Group’s website. For more information on each participating band and artist, check out the various links on the Facebook event page.

Start the new year off with a laugh at ComedySportz with Laughing Liberally – the monthly progressive political comedy show. This month, catch standup sets by Chastity Washington, Jayson Acevedo, Josh Fred, Alecia Altstaetter and sketch comedy troupe The Accountants of Homeland Security. The show will also feature special guest Eva Welch from Street Angels. The show will run from 8 p.m. to 10 p.m. Tickets are $8 and can be purchased on Eventbrite.

If your goal this year is to make new friends, look no further than the Wisconsin Humane Society’s Hoppy New Year Adopt-A-Thon. The humane society is allowing guests to name their own adoption fees for all small animals, including bunnies, guinea pigs, mice, birds and more. Pet owners of all experience levels are invited to stop in and bring home their new furry friend (or friends). The Adopt-A-Thon will run from 11 a.m. to 3 p.m.

January 10-February 12: Much Ado About Nothing

The Milwaukee Repertory Theater is putting on a performance of Much Ado About Nothing, a classic Shakespeare romantic comedy that has been updated to invoke ‘90s nostalgia in its audience members. Watch as adversaries Beatrice and Benedick are forced to team up, leading to comedy, intrigue and maybe even love. The play, which is directed by Laura Braza, will run at the Quadracci Powerhouse through Feb. 12. For ticket pricing and showtimes, visit The Milwaukee Repertory Theater’s website.