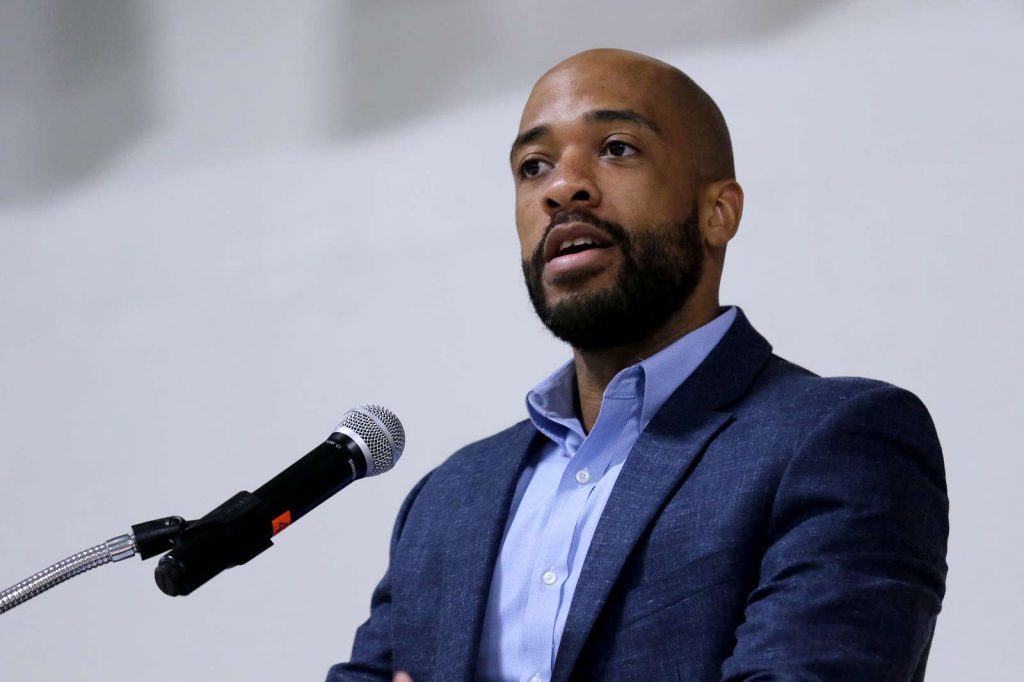 In the aftermath of incumbent U.S. Senator Ron Johnson‘s squeaker victory over Barnes, in an election where Democratic Gov. Tony Evers and Democratic Attorney General Josh Kaul won reelection, anguished Democrats have sought someone or something to blame. How could Johnson, who had a historically low approval rating from voters, and had been repeatedly lampooned for spreading demonstrably false conspiracy theories, get reelected?

Two theories have been the most popular: 1. Barnes was the wrong candidate, someone vulnerable to attack ads because of progressive stands he took that were too controversial. Or 2: Racism among some voters helped defeat Barnes. The latter theory also heaped blame on the Johnson campaign for racially-tinged attack ads against Barnes.

But Wisconsin’s Democratic Party Chair Ben Wikler has offered a different theory: that the national party fatally injured the Barnes campaign by underfunding it. The Barnes campaign did out-raise Johnson, but as Wikler noted in a recent New York Times story, Barnes was buried by Johnson in spending by outside groups, where Johnson had a stunning $26.4 million edge. And those outside groups generally take their cue from party leaders.

“If you were going to allocate resources for maximum impact,” Mr. Wikler told the Times, “you wouldn’t let Mandela Barnes be outspent by $26 million on independent expenditures and lose by 26,000 votes” (out of more than 2.6 million votes cast).

Get a daily rundown of the top stories on Urban Milwaukee
Wisconsin Democratic consultant Patrick Guarasci, when asked for comment by Urban Milwaukee, agreed with Wikler: “I do think that more funding in the crucial aftermath of the primary would have been a huge difference maker for Mandela,” he says. “More spending would have allowed Mandela to communicate more in August and September.”

But former state legislator and UWM Professor Emeritus Mordecai Lee disagrees. “I’d argue that any more money invested would have had a relatively marginal impact,” he commented to Urban Milwaukee. “Really, could the airwaves have been even more saturated than they really were? Hard to imagine an incremental impact that such added or deleted funding would have led to a different result.”

But while the airwaves were saturated, there’s no doubt that more of the fire — and spending — was coming from the Johnson campaign. I can’t recall a race in this state where a candidate got such a pummeling. Mailers sent by Republicans actually darkened Barnes’ skin color, while some TV ads from a Republican super PAC superimposed his name next to images of crime scenes. “There were weeks where we would get outspent two-to-one on TV,” Barnes told the Times back in October. “There has been an unprecedented amount of negative spin against me.”

The most recent Times story pointed to skewed polls by Republicans which pushed a “red wave” election narrative, helping convince Democrats that candidate like Barnes were further behind than they really were. Those polls showed Washington Democratic incumbent U.S. Senator Patty Murray faced a tight race whereas nonpartisan pollsters showed she was well ahead. She won the election by 15 points, but only after scared national Democrats reallocated funding to provide her with more support, meaning closer races like the Barnes campaign got less than they might have.

Why didn’t the Democrats ignore these Republican polls? One reason is the polling aggregators like Real Clear Politics and FiveThirtyEight included partisan polls from both sides in creating a composite average, and that helped make a shoo-in candidate like Murray suddenly look that she was in danger, while suggesting someone like Barnes, who we now know was in a toss-up race (he lost by 1 percentage point), had little chance of winning.

Some top Democratic donors concluded that the Barnes race was a lost cause, Wikler told the Times. “I had donors calling me to say they weren’t giving to the Senate race,” he said.

On a national basis, the role of partisan polling clearly needs to be re-examined, both by polling aggregators and the national media, which wrote stories based on what now look like obviously skewed Republican polls. (Complicating this issue is that some GOP pollsters looked more accurate in 2016, when most nonpartisan pollsters predicted a loss for Donald Trump.)

For Wisconsin Democrats, the issue of how national funding is spent here is a continuing issue. “We can be really smart about state races and do some stupid things when it comes to federal races, like Senate and Congress, in this state,” Guarasci says. “So many donors don’t engage in congressional races, for example, regardless of cycle, which is a huge problem.”

One thing both Guarasci and Lee agree on is that it was Democratic congressional candidate Brad Pfaff who was most hurt by a lack of national Democratic funding. Pfaff was running in a district long held by Democrat Ron Kind that, while it had been gerrymandered to become more favorable to Republicans, was still a swing district. Pfaff lost by 3.7% percentage points, just 12,000 votes, to Republican Derrick Van Orden, someone with extreme views who rallied to overturn the 2020 election in the nation’s Capitol on January 6 and declared himself for “100% pro-life” on abortion.

In short, this was a candidate who should have been vulnerable to attack ads. But Pfaff was outspent “by millions,” he told Spectrum News. “With a little bit greater investment from national Democrats, we would have held this seat.”

Lee, however, suggests that even when the Democrats have equal money they are not as good at attack ads. “‘Staying positive’ as a campaign strategy should have been retired for good after Kerry lost to Bush,” he argues. “Only negative ads make a difference. The key is to claim something so biting and so emotion-based that it will have an impact. The principle must be that if someone pops you then you must pop them back immediately and at the same level of emotional manipulation. Blow for blow.”