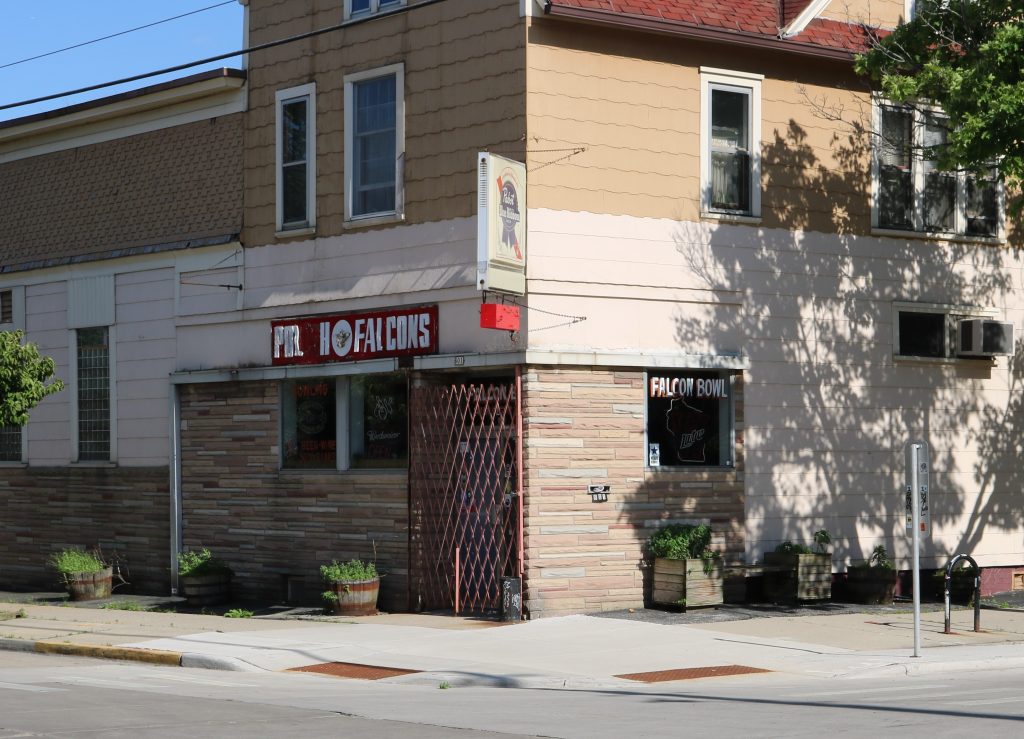 It’s been a year since Riverwest Investment Cooperative purchased Falcon Bowl for $500,000, saving the neighborhood fixture from an uncertain fate. Now, new operators are poised to take over the beloved Riverwest tavern and bowling alley, 801-803 E. Clarke St.

Daniel Gnadt, one of three new operators, also owns South Shore Bowl in Cudahy and Castle Lanes in Racine. He purchased the latter just over two weeks ago.

“We did everything at the same time,” he said with a laugh. “It’s great.”

Gnadt will operate Falcon Bowl alongside partners William Desing and Russell Grabczyk. Ownership is split evenly between the three.

The 140-year-old bar, bowling alley and event hall previously served for 75 years as the headquarters of the Polish Falcons Nest 725, a fraternal organization. Before that, it had a long history as a tavern and dance hall, according to a 2016 Bar Exam column by Michael Horne.

The 12,500-square-foot building contains a bar room and event space on the first floor, a bowling alley in the basement and a three-bedroom apartment on the second floor.

In selecting new operators, RIC was specific in its search for someone who would “honor the history of the property,” Urban Milwaukee previously reported.

The new operators plan to do just that, maintaining the integrity and use of the building while restoring the neighborhood gathering place to its full glory.

Get a daily rundown of the top stories on Urban Milwaukee
Gnadt said he plans to extend Falcon Bowl’s weekend hours and open the business more to the public. The team is also working with a designer to complete renovations throughout the bar and hall areas. In the future, Gnadt said the hall could be rented out for weddings and other events.

Bowling leagues will continue uninterrupted, with the addition of a new league planned for Fridays starting in January.

A liquor license application indicates that Falcon Bowl expects to host several concerts per year in addition to DJs, karaoke and other live entertainment.

Aside from that, Gnadt and partners are keeping mostly mum about the new project until they’ve made headway on the upcoming changes.

Gnadt said he anticipates releasing updated plans and renderings of the updated space within the next several months.

Until then, it’s business as usual as longtime operator Lynn Okopinski, who has been with Falcon Bowl since 1982, continues to oversee the establishment until the handoff is complete. Once the new operators take over, Gnadt’s wife, Amy Gnadt, would handle day-to-day operations.

Later this month, the Falcon Bowl ballroom will be the site of a community-focused market series: Falcon Flea.

The inaugural market is scheduled for Dec. 18 from 11 a.m. to 5 p.m. and would feature products from more than 20 local vendors including handmade wares, art and vintage pieces.

Milwaukee artists Andrea Dolter of To Hell and Back Vintage and Renee Le Mieux of IV I IV Ceramics are the event operators.

“The Falcon Bowl is very dear to our hearts and the hearts of all Riverwest residents. As the space is going through a time of transition, we wanted to provide an event for people to engage with each other and keep the space filled with the life that makes it so special,” Le Mieux said in a statement.

Admission to the market is free.