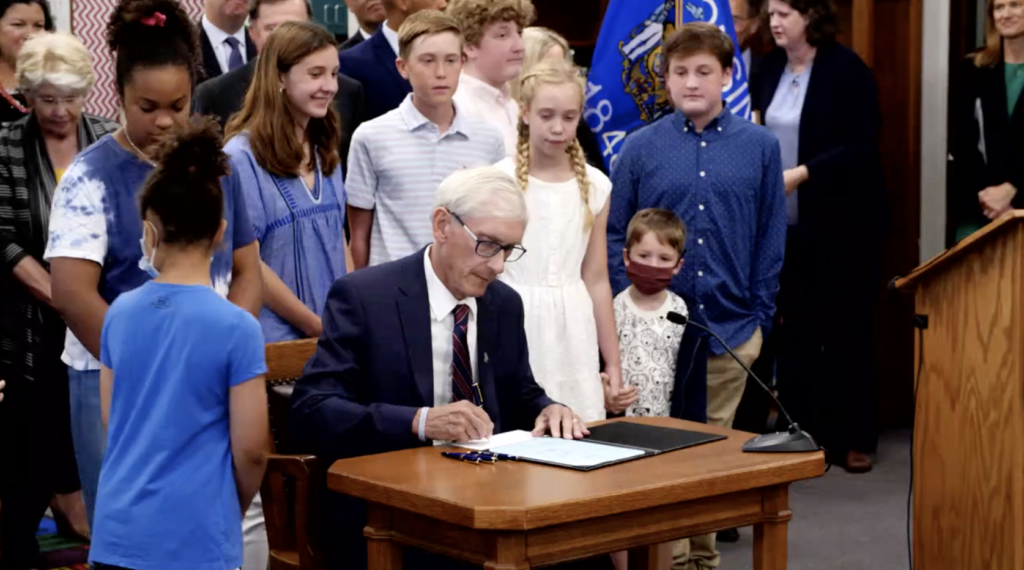 The projected surplus that has been growing steadily since the current state budget was enacted nearly a year and a half ago has grown some more to a forecast of more than $6.5 billion, Gov. Tony Evers’ administration reported Monday.

“The fiscal condition of the State of Wisconsin is in its strongest position in state history,” stated Kathy Blumenfeld, secretary-designee of the Department of Administration, in a report submitted Monday to Evers and to the state Legislature.

The report on revenue estimates and other budget information for the coming two years is required in November of every even-numbered year under Wisconsin law.

Blumenfeld highlighted the $1.7 billion balance in the state’s Budget Stabilization Fund — the so-called rainy-day fund — at the end of June, calling it “the largest in state history and more than five times the balance at the end of the 2017-18 fiscal year.”

While there are no recommendations from the governor yet, the requests offer a first glimpse of what Evers’ next budget might look like, and Blumenfeld’s letter foreshadows where the administration is likely to place its emphasis.

“Our continued success in the years ahead will be heavily based on our ability to work together to advance our shared values of improving Wisconsinites’ quality of life and making our state an even better place to live, work, learn, raise a family and recreate,” Blumenfeld wrote. “As leaders we must continue our steady fiscal stewardship but also invest in our people and especially in those areas we know require it such as education, healthcare, public safety, our infrastructure, our environment, and economy.”

In a joint statement, Sen. Howard Marklein (R-Spring Green) and Rep. Mark Born (R-Beaver Dam), the co-chairs of the Legislature’s budget committee, said the credit for the projected surplus belongs to the GOP “because Republicans have steadily reformed and written responsible state budgets for the last 12 years.”

They took a skeptical tone toward Evers’ coming proposals and signaled that they would make cutting taxes a priority when the Joint Finance Committee takes up the new budget next year.

“While we have a record-setting projected general fund balance, we must be mindful that the surplus is due, in part, to a massive increase in tax collections. This is not good news for taxpayers,” Marklein and Born stated.

“The projected balance does not give the Governor a blank check as he puts together his budget proposal,” the statement concluded. “Instead, it gives us flexibility to fund the programs and agencies that are necessary for prosperity in Wisconsin while cutting taxes to benefit all Wisconsin taxpayers.”

Monday’s report displays budget requests two ways: One shows how much an agency is seeking through the state’s general purpose revenue, which primarily consists of state sales and income tax revenues. The other shows how much the agency is seeking when all state revenue sources are counted — including federal funds, segregated revenues (such as the gas tax, which is dedicated to road building and maintenance), and fees for service or for regulatory compliance.

The list of requests shows totals for each agency or department without any details or narrative and offers no information about proposed new programs or initiatives.

Evers administration projects state surplus to hit $6.5B by next June was originally published by Wisconsin Examiner