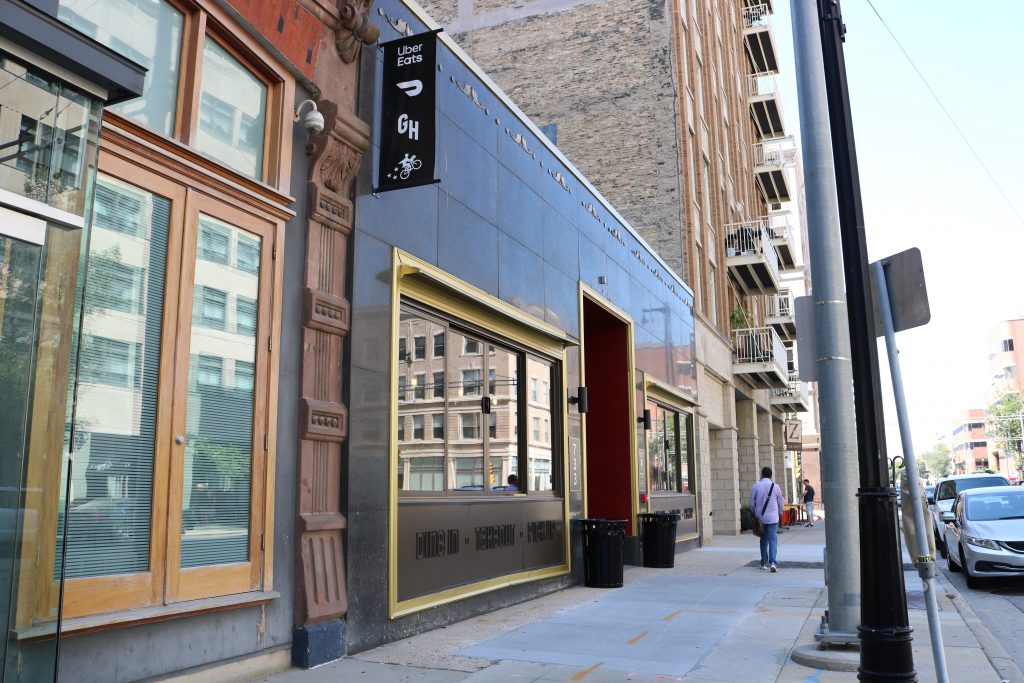 When Silvia Larsson moved to Wisconsin from Canada, she was surprised to find that hardly any area restaurants offered authentic poutine. Although Wisconsin is no stranger to cheese curds, the state was missing out on a critical application — on top of carbs and smothered in gravy.

“Why would they not sell poutine?” she said. “I mean, in Canada, you get it at McDonald’s, Burger King, you can get it anywhere.”

After years of trial and error, Larsson perfected her version of the dish, which will star on the menu at her new restaurant, Poutine Stop. The business is expected to make its debut later this fall at Paper Table, the delivery-focused downtown food hall.

At its most basic, poutine consists of a hearty mound of french fries topped with cheese curds and gravy. In such a straightforward dish, each individual component must be in perfect balance with the others. That’s where other restaurants go wrong, according to Larsson.

“Having poutine in a lot of other places, it’s always been like a hit or miss,” she said. “The fries were good, but there was not enough sauce, or the sauce just didn’t have that tang that you’re looking for. The cheese curds were not squeaky enough. You know, they were melted too much or not enough. It’s just like never been balanced where I’m like, okay, that’s it right there.”

The menu at Larsson’s restaurant would feature her classic poutine, plus several dressed-up versions of the dish. Aside from the apparent Canadian influence, Larsson said she draws inspiration from Brazil, where she was born, and Sweden, where she lived until age six.

Get a daily rundown of the top stories on Urban Milwaukee
“It’s kind of one of those things where I want to incorporate all of my travels into food,” she said. “We’re doing our different variations just to kind of capture all the flavors from different areas of the world,” she said.

Larsson’s Swedish take on poutine is topped with meatballs and linden berries, while The Badger includes beer brats, fried cheese curds and pickled red onions. Thai curry, jerk, Italian and Latin-inspired poutines are among the other offerings.

An industry veteran, Larsson gained 14 years of experience working for restaurants and caterers, and even tried to launch her own catering company years ago. But she said navigating life changes and working in the male-dominated food industry caused her to choose a different path.

“It was really hard for me to get to where I felt like I should have been,” she said. “So I left, I walked away.”

From there, Larsson started her own property management business, which she said gave her the financial freedom to pursue her passion. “Now I can go back to the one thing I do love doing, which is cooking,” she said.

Larsson’s partner and co-owner, Alshun Cole, is also a real estate business owner. Since deciding to go all in on the restaurant two months ago, Larsson said the two have been working double-time.

Larsson said she was drawn to Paper Table because she felt the model would provide her with opportunities for independence and versatility as a restaurant owner.

Once the restaurant is open, Larsson said she is looking forward to making adjustments and improving every day. She also invites customers to share input about what flavors they’d like to see added to the menu.

Poutine Stop is expected to open Nov. 1. Guests can place orders online or inside Paper Table. The restaurant’s hours would be Tuesday through Sunday from 11 a.m. to 9 p.m. Alongside the Paper Table restaurant, Poutine Stop will launch a catering operation. More information will be available at poutinestop.com within the next few weeks.

Paper Table opened earlier this summer and currently houses Blac Bistro. MilTex Kitchen and FreshWerks. A host of other restaurants including Wingstop, Po’Manz Food and Taste of Life Soul Food are preparing to launch in the coming months.