By Ana Martinez-Ortiz, Milwaukee Neighborhood News Service - Jan 15th, 2022 11:20 am
Get a daily rundown of the top stories on Urban Milwaukee 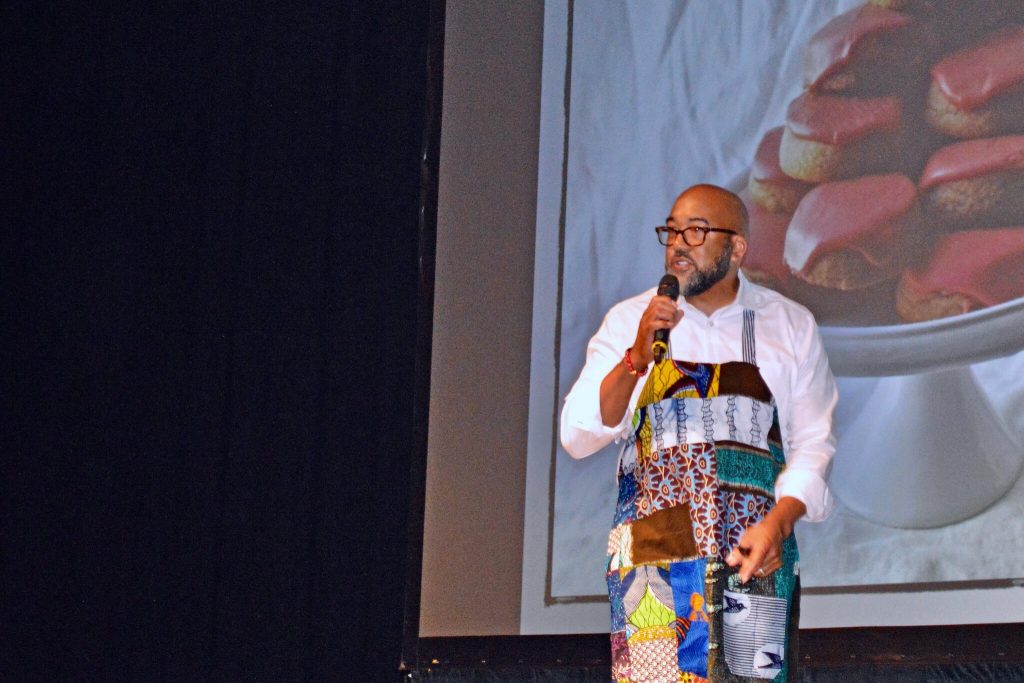 A few years ago, Alan Goodman attended a cookout at a friend’s house. He brought some bread pudding – a specialty of his – for dessert.

Dr. Bruce Hamilton, the party’s host and his friend, pulled him aside during.

“You should be selling this,” Goodman recalled Hamilton telling him. At the time, Goodman worked in the corporate world, but Hamilton’s words and seeing the other guests enjoy his dessert inspired Goodman to do just that.

In October 2018, Goodman launched his business, A Goodman’s Desserts, which features cookies, bread pudding, cakes and other baked goods.

From punishment to reward 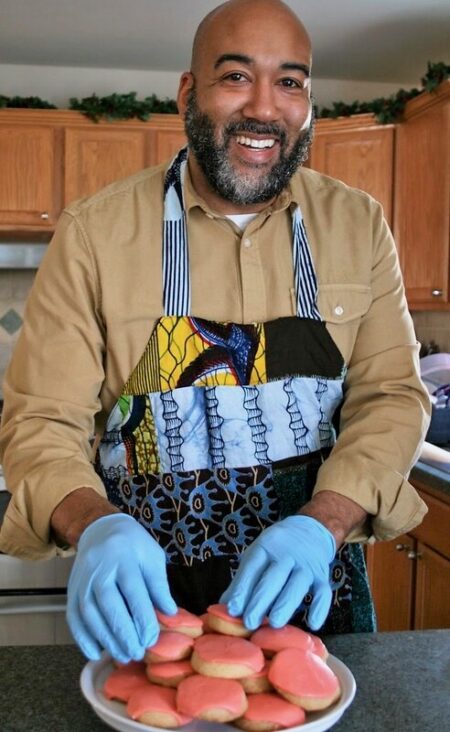 Goodman’s first foray into the world of baking started when his parents caught him playing basketball instead of studying at the library. As his punishment, Goodman cooked and baked alongside his mother.

“After I started doing it, I enjoyed it, and I became the family baker,” he said.

Before launching his own business, Goodman researched what it would take to be an entrepreneur and spoke with other entrepreneurs.

“The entrepreneur community in Milwaukee, particularly the young African American community, were an inspiration,” he said.

He reflected on how his corporate skills could help him as an entrepreneur, what he could produce on a mass scale and what the market needs were. In doing so, Goodman landed on cookies – since they are easier to package and store – and bread pudding, which is also easy to store and an uncommon dessert in the Midwest.

Goodman sold some stock he had for his seed money. He then connected with Caitlin Cullen, the former owner of Tandem, about using the restaurant’s commercial kitchen.

He walked into the restaurant as a customer, Cullen said, and one day he brought his bread pudding and asked if he could make his baked goods here. The answer was yes.

Goodman is a personable and cool guy, Cullen said, he brings his humanity into his business with his honesty and vulnerability.

“He’s always been someone I’ve been rooting for,” she said. “Seeing him continuously succeed is really awesome.”

Goodman was as much a resource to his peers in the SPARC program as he was a student, Moore said, adding that Goodman’s interest and desire to continue learning are important for anyone but especially entrepreneurs.

“What I like and admire about him are also the parts that make him a good businessperson,” Moore said, noting that he’s unquestionably thoughtful, focuses on serving people and is detail-oriented.

Goodman learned early on to decide what he wanted to do and what he didn’t want to do. For example, most bakers aspire to be brick-and-mortar, but Goodman decided it wasn’t for him.

“My approach is to break something and rebuild it,” he said. “I want to be able to change something on the fly.”

Entrepreneurs have to do what’s best for them, Goodman said, and their choices may not always follow the general model.

“It’s about being nimble-minded and not getting stuck in one direction” he said. “You’re able to shift. You’re the captain of the ship; you want a 360 view of your business.”

In addition to his business, Goodman is an instructor of quality engineering and technology at Milwaukee Area Technical College, and he’s looking into starting a webinar series. It’s smart to have multiple sources of income, he said.

‘Your business is you’

His advice to other budding entrepreneurs is to learn how to pitch.

“Your business is you,” he said. “Being able to communicate that effectively is important.”

Goodman’s success is in part due to his relationships.

“Relationships are based on how you treat people,” Goodman said. “And I’ve always been raised to treat people well.”

Doors that may not be open to him directly are open to others who can vouch for him, he said. As such, it’s important to him that his businesses give back.

“You should want to do that because people have helped you,” he said. “It’s important for a business to give back. Whatever you choose, be sincere.”

Another key to his success is his confidence to take big swings with his business. It’s why he’s applied to and won local and national contests such as Rev-Up MKE; met Daymond John from “Shark Tank”; and connected with Peter Feigin, the president of the Milwaukee Bucks and Fiserv Forum.

Goodman’s conversation with Feigin led to A Goodman’s Desserts being served at Fiserv Forum during the NBA playoff games and finals.

“Stepping out of my comfort zone with my business is probably the thing I’m most proud of,” Goodman said. “The worst someone can say is ‘no,’ and that’s fine. But it’s not going to happen if you don’t ask.”