By Terry Falk, Wisconsin Examiner - Jan 14th, 2022 12:41 pm
Get a daily rundown of the top stories on Urban Milwaukee 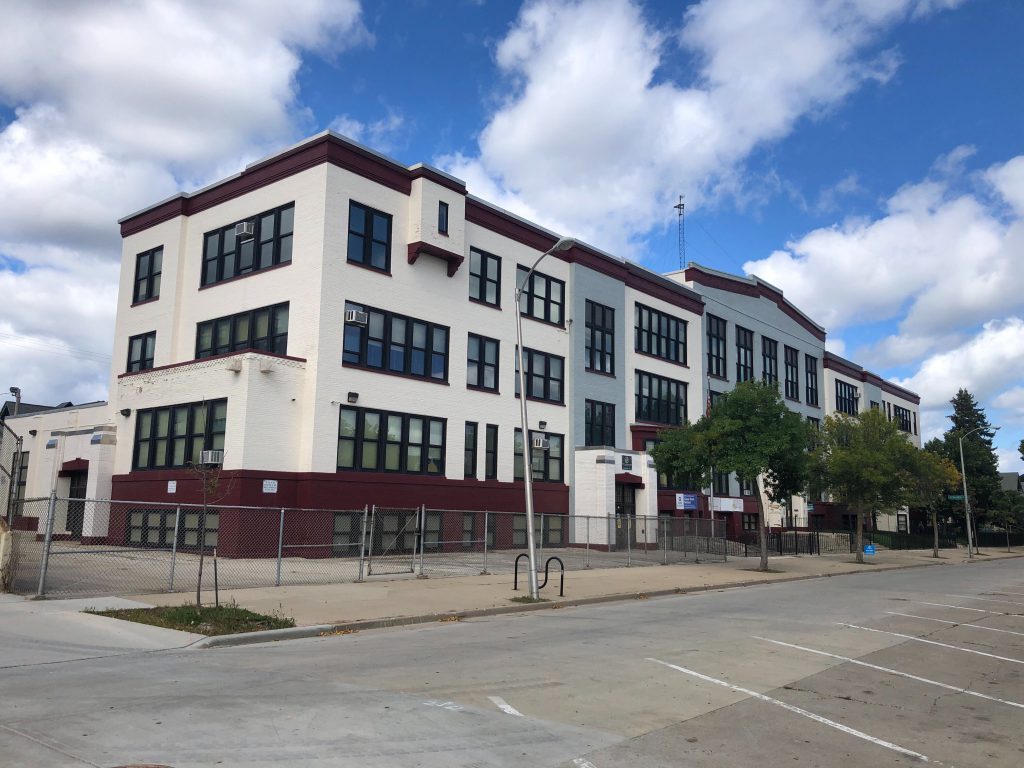 The new score suggests Milwaukee schools have slowly climbed from the bottom rankings to somewhere near respectability. Yet at the Dec. 9 Milwaukee school board committee meeting, the director of Research, Assessment, and Data, Dr. Melanie Stewart, matter-of-factly presented the latest data. There was no jumping for joy at the latest findings.

All knew this year’s report cards are highly flawed. In fact, Wisconsin didn’t even want to issue report cards for this last school year. It said so to the U.S. Department of Education (DOEd) along with many other states across the nation.

But the DOEd held the line and granted no waivers for this year the way it did the previous year. No Wisconsin school report cards were issued for the 2019/20 school year because most school districts were in virtual, online education during the time period when tests had to be given in-person, at school.

A comparison of the 2020/21 report card could only be done by skipping a year to the 2018/19 report card. And even here, the new report card uses different standards and measurement procedures. Stewart explained the findings through a PowerPoint presentation to the board.

Perhaps the most glaring limitation of the report card was the percentage of Milwaukee students that even took the tests. While DOEd did not exempt states from conducting assessments, it did waive the requirement that 95% of students be tested. In Milwaukee, that meant about 44% of elementary students took assessment tests, 43% of high school juniors, and an extremely low percentage of younger high school students, only 15-19% on other tests.

All assessments had to be taken in-person, in school. Milwaukee elementary students had just returned to school, but many elected to continue to learn remotely. On the high school level, seniors could return as well as those students who were in danger of failing one or more classes. Juniors had some incentive to take the ACT test, still being used for admission to some colleges and universities, but that incentive was decreasing. Younger high school students had no such incentive resulting in extremely low participation.

Those taking the test were probably not a random sample. In particular, high school students who took the assessment test may have been students doing better academically than those who stayed home, but this is only speculation.

Some of the data used for the report card was even outdated. Stewart pointed out that the graduation rate on the new report card came from the 2019/20 school year.

The MPS report card did present some positive findings as noted in the presentation: “Every group met or exceeded predicted growth in English language arts on the district report card. Most struggling students in the district grew at a higher rate than other students in math.” But that was followed by a cautionary note: “Due to the COVID-19 pandemic, please use caution when interpreting scores ratings.”

The MPS score was better than 25% of the school districts in the state. Below Milwaukee’s score of 58.1 were other urban districts such as Racine at 53.2 and Kenosha at 56.3. Both those districts were rated “Meeting Few Expectations.” However, those districts had a much higher percentage of their students taking the test.

Stewart made it very clear. “We cannot compare this report card to any previous report card.”

The same might be true of comparing this report with next year’s report card.  The percentage of students learning remotely may vary from one year to the next due to the pandemic. Learning loss may not show up the first year only to be compounded the next. Then there are the psychological implications of the pandemic which may build over time, adding more caveats to any comparisons.

An increasing problem for high school testing is the value of the ACT test given in the junior year. Previous to 2015, the established state assessment test was Wisconsin Knowledge and Concept Examination (WKCE). It had no value for the high school students. As a result, many students did not take the test seriously. Some students just filled in answers randomly without even looking at the questions. But the ACT was different. It was used as measurement of who got into college, and students took notice to do their best.

The pandemic changed all that. Last year, most colleges and universities dropped the ACT or SAT requirement; they were faced with students’ inability to take the tests in-person. The same was true for the Wisconsin university system.

Now the Wisconsin university system is extending that test suspension through the 2024/25 school year. There is speculation that the system might ultimately drop the requirement all together. High school students may become just as cavalier about taking the ACT as they did with the WKCE.

Attempting to compare ACT data from pre-pandemic era when it was a college entrance requirement with data from the current era where it is not widely required is likely to result in questionable if not misleading results.

Any attempt by the state to take over some or part of Milwaukee Public Schools or any other district based upon the report cards is likely to be challenged in court. Moreover, the Republican-dominated Legislature has of late been far more interested in issues like Critical Race Theory or mask and vaccination mandates. The culture war has overtaken academic progress as an issue.

A new round of testing will begin in March. Once again, all testing must be done in-person. It is unlikely that a total school system will go into lockdown only with remote learning, but some schools and individual classrooms are likely to transition to remote learning for brief periods of time. That may include the mandatory period of time for testing. Our ability to measure whether Milwaukee or any other school system “Meets Expectations” is beyond the scope of the present report card system.