Village of Mount Pleasant used eminent domain to obtain land for the development. 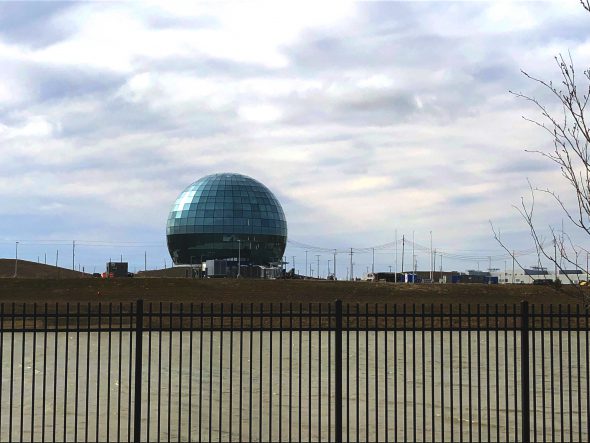 The village of Mount Pleasant has settled the last eminent domain lawsuit filed in 2018 by homeowners whose land was taken by the municipality to make room for the Foxconn development.

Rodney and Catherine Jensen have agreed to relocate from their home at 3301 Highway 41, four years after the village acquired the 2.92 acres of property through the eminent domain process.

Village officials said the land was needed for road expansion. But the Jensens have refused to move, instead filing five federal lawsuits.

Wisconsin law gives municipalities the power to acquire private property using eminent domain as long as there is fair compensation and the property will be used for a public purpose. This is typically for road improvements, or sometimes to take control of dilapidated property.

The Jensens were among dozens of homeowners whose land was obtained to make way for Foxconn, which announced in July 2017 plans for a massive flat-screen manufacturing plant that included a 20-million-square-foot complex and promised 13,000 jobs for the state.

As of July 2019, an investigation by Wisconsin Public Radio and Wisconsin Watch found the village had paid just over $152 million for 132 properties.

Records showed the village threatened eminent domain against some homeowners, saying their property was needed for road improvements. But in some cases, those plans changed or were dropped even before the homes — some of them newly built — were bulldozed.

The Jensens signed a non-disclosure agreement and could not be reached for comment. The settlement, reached last month, now releases the $569,300 the village paid the Jensens for their property.

The Jensens will also be paid by the village to relocate, once the couple pays liens on a property in Kenosha County, which the village of Mount Pleasant helped them retrieve.

When land acquisition for Foxconn began, owners with excess land were offered options for $50,000 per acre. The Jensens’ federal lawsuit claimed that was seven to 10 times the fair market value of the property. Homeowners, on the other hand, were offered 1.4 times the value of their properties.

The suit claimed the road project being used as the reason for eminent domain was a pretext to make the Jensens sell land “which will not be directly utilized for the road and utility expansion project so that it can be conveyed to Foxconn, or held for Foxconn’s benefit.”

Kelly Gallaher heads the watchdog group A Better Mount Pleasant. She said the Foxconn development continues to be a failure, but the village refuses to believe it.

“All this time and money, just so they can give the land to Foxconn — which is exactly what they are going to do with the property,” Gallaher said.

Chris Smith, attorney for the Village of Mount Pleasant, said since the beginning of the Foxconn project, the village has tried to reach voluntary agreements with all property owners to acquire the property necessary for public infrastructure improvements.

“We are pleased to reach a mutually agreeable settlement with Rodney and Catherine Jensen,” Smith said in a statement. “In addition to the funds paid by the Village in August 2018 for acquisition of the land, the Village’s settlement provides statutorily authorized compensation for the Jensen’s business and relocation costs.”