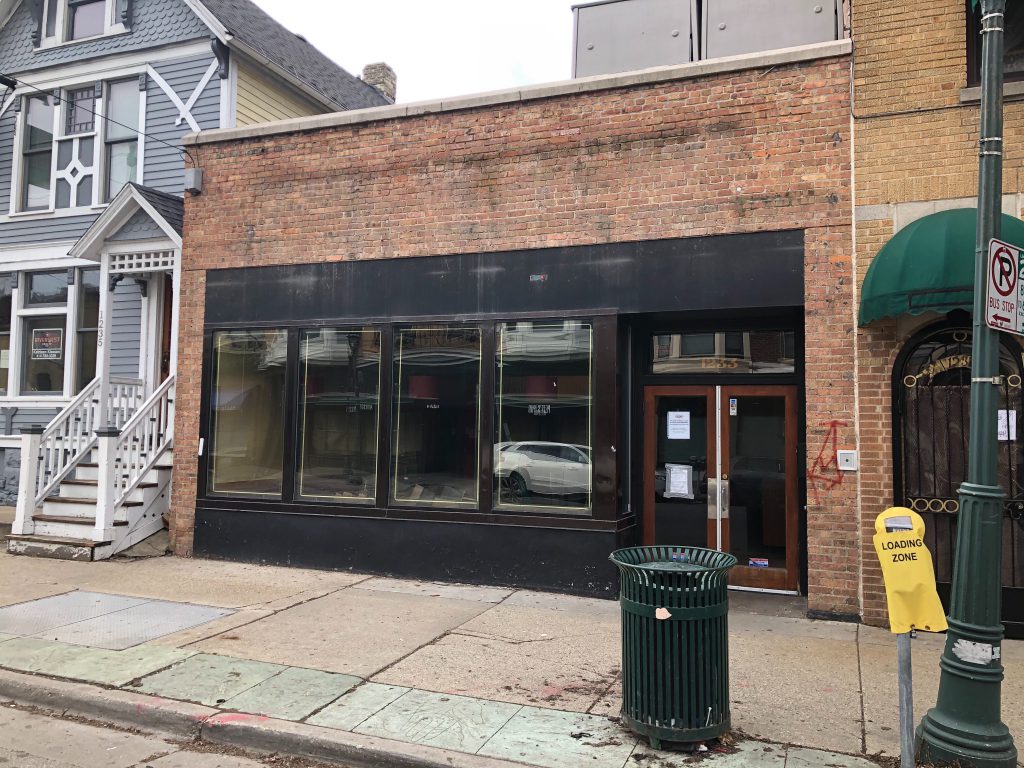 Twisted Plants, a popular vegan restaurant in Cudahy, will soon have a second location on Brady St. The restaurant would fill the empty space left by Betty’s Burgers & Custard at 1233 E. Brady St., which closed in November. Co-owners Arielle and Brandon Hawthorne started out with a vegan food truck in 2019 and then moved up to the Cudahy restaurant in Spring 2020. The new location on Brady could open as early as April. Carol Deptolla reports:

(The Hawthornes) hope to serve local craft beer at the Brady Street restaurant, and they’re hoping to add more plant-based items to the menu, including gyros and Italian beef sandwiches. It would also sell the fried pickles that it just started serving in Cudahy, and it’s planning to have slushies as well as shakes on the menu.

…other vegan menu items include burgers, chick’n patties and nuggets, brats and shredded barbecue jackfruit sandwiches, salad, and snacks, such as cauliflower bites.

Owner Mia LeTendre said a custom bar where wine by the glass will be poured is being built by Christopher Brooks, and license applications are wending their way through city departments. She expects Strange Town Bottle Shop could open in late winter or early spring.

Besides wine, the Strange Town stall will sell some favorite menu items packaged to go, such as its tapenade, salad dressings and desserts.

Strange Town Bottle Shop will, of course, also sell wine by the bottle to take home. All wines that it sells are made with low intervention, and the grapes are grown sustainably.

A new smoothie joint is coming soon to Milwaukee’s South Side. Royal’s Smoothies & Pastries is currently in the works at 812 W. Layton Ave. The business is being opened by sister-in-law duo Malaak Dahche and Hala Elmughrabi, with the idea first starting when Elmughrabi started selling custom pastries through her Instagram account. Angeline Terry reports:

The menu will include smoothies, boba tea and “fruit cocktails,” which is a Middle Eastern drink similar to a smoothie and rimmed with fruit pieces. It will also have specialty pastries, custom cakes and cake pops.

“We’re going to have a little backdrop where people can take pictures,” (Murad Dahche, Malaak’s brother and Hala’s husband) said. “It’s an internet trend where people can come in, take a picture of their cup next to a nice design.”

The shop will be located in a new building constructed where Brew City Environmental & Restoration Services owner Ashley George ripped off the second floor of the building and moved it nearly two miles to 3763 S. Howell Ave.

This new vendor, soon to be located at 2238 N. Farwell Ave., intends to feature modern Latin American flavors with Japanese kushiyaki (skewered) and Chinese bao (dumpling or filled bun) dishes. The beer-braised pork belly, made with locally brewed New Barons beer, would be a menu highlight, according to Dia Bom’s owner and head chef Ramsés Alvaréz.

This would be the first physical location for Alvaréz, but he already has plans to open new locations at the planned Flour and Feed food hall in Bay View (2150 S. Kinnickinnic Ave.) and at Zocalo Food Park in Walker’s Point (626 S. 6th St.).