Once an apartment above a steakhouse, it's now a single-family home on Howell Ave. 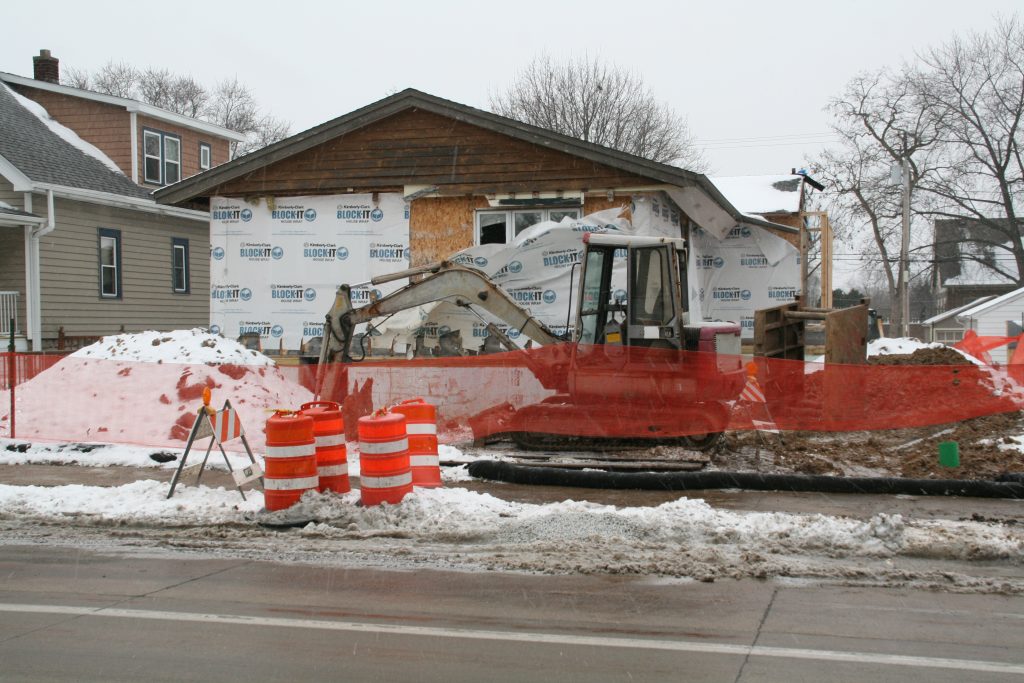 Some people buy fixer-uppers to save money and create their dream house. Ashley George took that to the extreme. She ripped the second story off a commercial building and moved it nearly two miles.

Her business, Brew City Environmental & Restoration Services, was contracted to demolish the two-story building at 800 W. Layton Ave. in 2018. The longtime tenant, J. Roberts Porterhouse steakhouse, had been closed for years, and a new owner planned to develop a strip mall-style commercial building in its place.

But George’s father, Robert George, spotted something worth salvaging. After the building was originally completed in 1974 for Dietze’s Alpine Cellar, a second-story apartment was added. It was designed effectively as a ranch home placed atop the one-story restaurant.

“He said it was too nice to take to the landfill,” said Ashley in an interview. For starters, unlike the rest of the structure, it didn’t contain asbestos according to a city raze permit.

So Ashley’s brother Jake George and his firm, Jake’s Wrecking & Disposal, demolished the first floor and basement, but kept the approximately 1,500-square-foot apartment at the rear of the lot. Ashley, in 2019, purchased a vacant lot at 3763 S. Howell Ave. in the Tippecanoe neighborhood for $27,000. The old real estate adage of “location, location, location” rings twice as true when you’re going to have to navigate city streets to get the house there.

Their father, who had prior experience moving houses through RG Services, coordinated moving the house 1.8-miles northeast in 2020. Ashley’s photos capture it atop a semi-trailer rolling north on Howell Avenue.

Ashley said the relocated house will cost her “50 cents on the dollar” compared to building it from scratch. It will also keep the structure out of the landfill.

Get a daily rundown of the top stories on Urban Milwaukee
But that work hasn’t been fast. A year’s worth of site visit reports, written by Department of Neighborhood Services inspectors, use a variety of synonyms for “soon” as to when the house would be reconnected with the ground. It sat on cribbing along the alley for some time. But come September it was placed atop the new foundation and full basement.

Now it just needs many of the things any newly constructed home would need: siding, electrical service, landscaping and installing a front door. A residential alteration permit is pending to complete that work.

And while moving a house seems relatively rare by modern standards, it was the second house moved in Milwaukee in as many years. Last spring Cedar Square relocated a house near the Marquette University campus to clear the way for a new sorority house to be built in its place. If you dig a century or more back in Milwaukee history, it was fairly commonplace. Families would relocate a house from the front to the rear of a lot, creating space for larger homes in front while creating affordable rental housing in the rear. 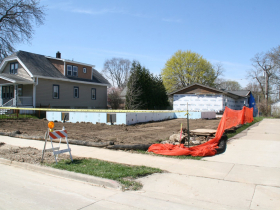 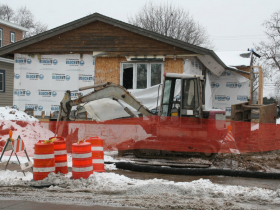 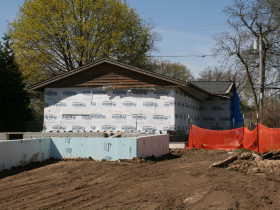 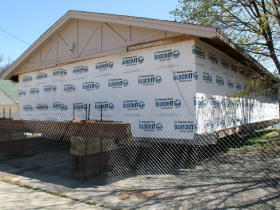 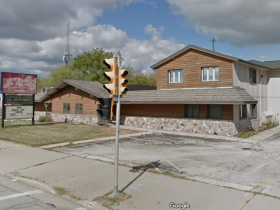 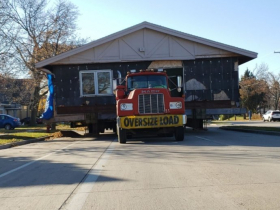