To make way for new Marquette sorority building, 1885 home at 16th and Kilbourn moving to lot on 19th St. 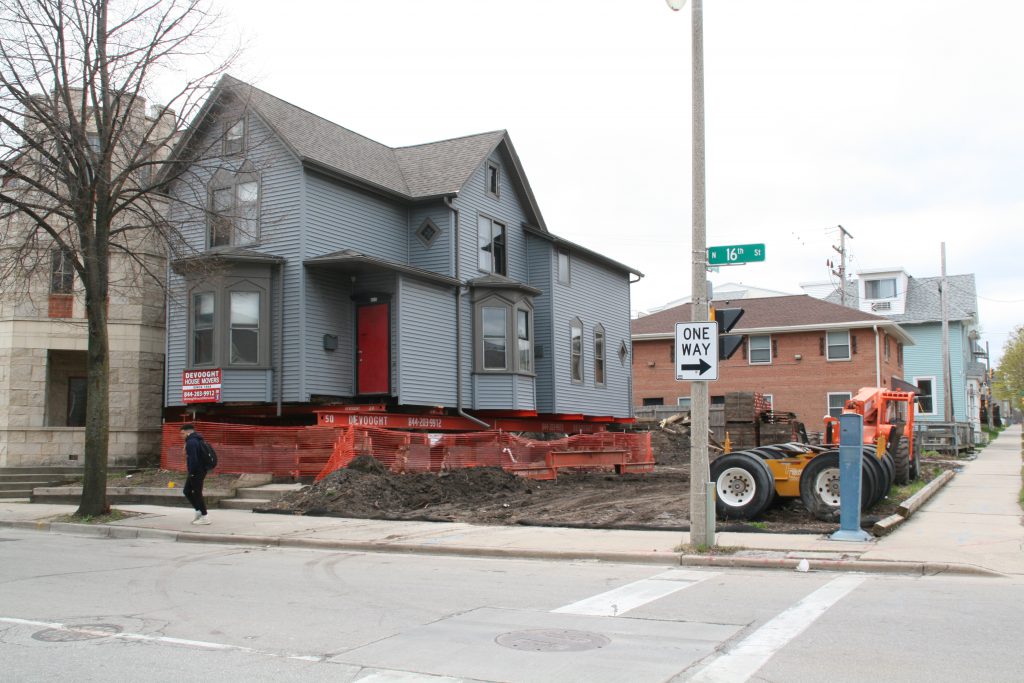 The sisters of Pi Beta Phi are getting a new sorority house near Marquette University.

But the location they’ve selected to build a new structure on already has a house on it. At least for now.

Instead of demolishing the house, property developer Cedar Square is relying on a tactic that was much more common a century ago. The two-story, 1664-square-foot house at 853 N. 16th St. will be rolled three blocks west onto a new foundation at 950 N. 19th St.

DeVooght House Lifters has been contracted for the work, with the house already lifted from its current foundation and the new foundation on N. 19th St. ready to go.

Architect Fouad Saab of Saab Design said all that’s needed at this point is final approval on the permit from the Department of Public Works. “We are ready to move,” he said.

Area Alderman Robert Bauman is also ready for the move to happen.

“Do whatever has to be done to help them along because we want to encourage that activity,” said Bauman, a passionate historic preservation advocate, to Department of Neighborhood Services operations director Thomas G. Mishefske on Monday during an unrelated committee meeting.

Get a daily rundown of the top stories on Urban Milwaukee
Saab said the public works department is coordinating temporary relocation of any overhead wires and other obstructions.

The city is also supporting the move via its sale of the new site on 19th St. for $1. An affiliate of Cedar Square purchased the 4,988-square-foot lot in October.

Saab told Urban Milwaukee that once it starts moving the house, it will reach its new location in approximately one hour.

Cedar Square is technically engaging in the move voluntarily. “The city had asked us to see if we could preserve it,” said Saab. He said upon review it proved financially feasible. It also avoided any fight over historic preservation.

The house, built in 1885, is known as the Albert C. Rodee House in Wisconsin Historical Society records. “Late 19th-century frame residence with integrity of design. Residences of similar scale and style once lined the west side of this block; only this one remains,” says the report.

Additions to the house were made in 1894 and 1904. Once moved it will receive another.

A permit pending before the city shows that a one-story, 700-square-foot addition will be constructed to the south. It will overlook Marquette’s Norris Park playfield.

A garage at the rear of the 16th Street property has been demolished.

The new sorority house will rise three stories and include more than 9,000 square feet of living space. A building permit application says it will have 17 units. It will also face north, with an address of 1601 W. Kilbourn Ave.

The Wisconsin Delta chapter of Pi Beta Phi was established in 1990 and is currently based out of the house at 939 N. 15th St. The national organization, with a slogan of “friends & leaders for life,” dates back to 1867.

The new house, designed by Saab and leased to the chapter by Cedar Square, is one of many the partners have developed in the area for sororities. 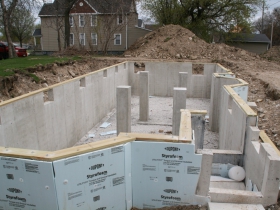 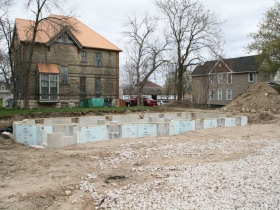 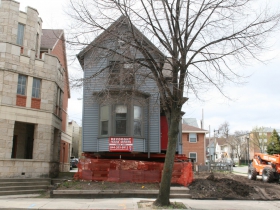 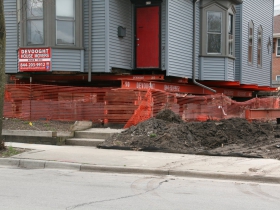 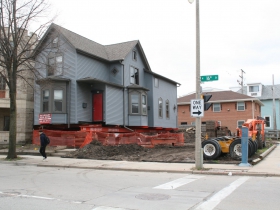 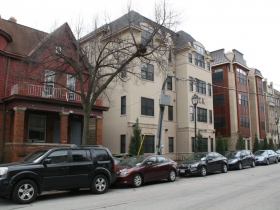 One thought on “Eyes on Milwaukee: Historic Home Will Be Moved Three Blocks”