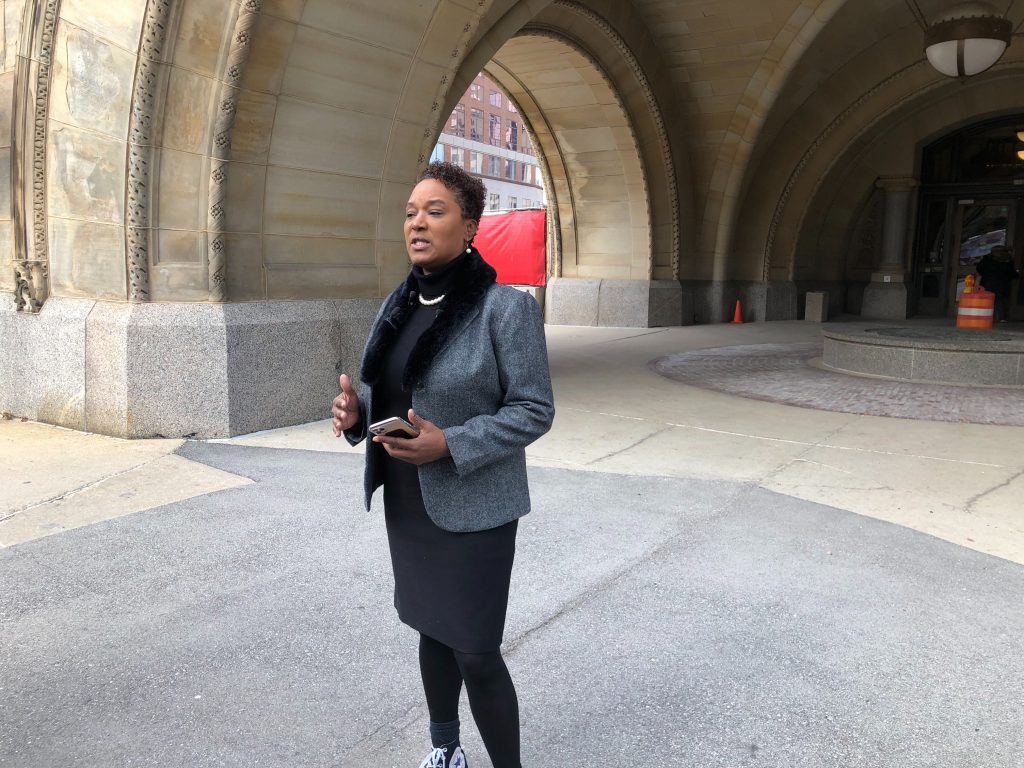 State Senator Lena Taylor is following her heart, she says, and it’s calling her to Milwaukee City Hall.

She showed up at City Hall on Aug. 25, the day Mayor Tom Barrett announced he was nominated to serve as U.S. Ambassador to Luxembourg. But Taylor, who lost to Barrett 63-37 in 2020, didn’t commit to running to replace him then.

Instead, she announced she was running for another open seat, lieutenant governor, on Oct. 4. But with Barrett resigning last week and a special election formally called, Taylor suspended her statewide campaign.

“I had to follow my heart, plain and simple,” she said in a statement Monday morning. “I love the city and have worked my entire life to make it better. I see the promise and the pain of Milwaukee. I see a pathway to the city we can become, and I am unafraid to think boldly, and work with others to get us there.”

A primary will be held Feb. 15. The top two vote-getters will advance to a general election on April 5.

Get a daily rundown of the top stories on Urban Milwaukee
Taylor has served as state senator since 2005. The 55-year-old Democrat won a special election to serve in the Wisconsin State Assembly in 2003 and an open election for 4th Senate District in 2004, succeeding Gwen Moore. She was most recently reelected in November 2020.

Taylor is a licensed attorney, having earned a law degree from Southern Illinois University. She is a graduate of Milwaukee Public Schools‘ Rufus King High School and earned her undergraduate degree from UW-Milwaukee. Taylor previously worked as a public defender.

“I have watched us be afraid of change and of one another,” she said. “We need leadership that sees all of us, works hard for all of us and comes to the table with the prerequisite skills to get the job done. Yes, I’m in.”

Taylor has fueled controversy in recent years. She was removed in 2018 from the Joint Committee on Finance, a powerful state budget committee, by Senate Minority Leader Jennifer Shilling (D-La Crosse). The move came after an investigation determined she bullied members of her staff and took retaliatory action against one.

Just weeks before that Taylor had an altercation at a Wells Fargo bank branch where she called a teller, who like Taylor is Black, a “house (N-word).” She was issued a citation for the matter.

In 2019, when launching her mayoral campaign, she insisted there were two sides to the story, but said: “that’s the past.” She said Shilling was wrong for taking her off the committee,

In her two-paragraph campaign announcement, Taylor cited her experience on the committee.

In announcing her 2020 mayoral run at a press conference, Taylor said her biggest accomplishment at the state level was her work on justice reinvestment and criminal justice reform. She also championed her work on urban agriculture, specifically hemp legalization.

The 2020 race ended amidst the COVID-19 pandemic and state’s Safer at Home order. Taylor was critical of Barrett’s leadership resulting in only five polling places being open instead of more than 180, while Barrett attributed it to a staffing shortage.

Should Taylor’s mayoral campaign falter, she could technically reactivate her statewide campaign. That election isn’t until fall 2022.

One thought on “Lena Taylor Will Run For Mayor, Again”