Veteran state senator would be first Black woman to hold the position. 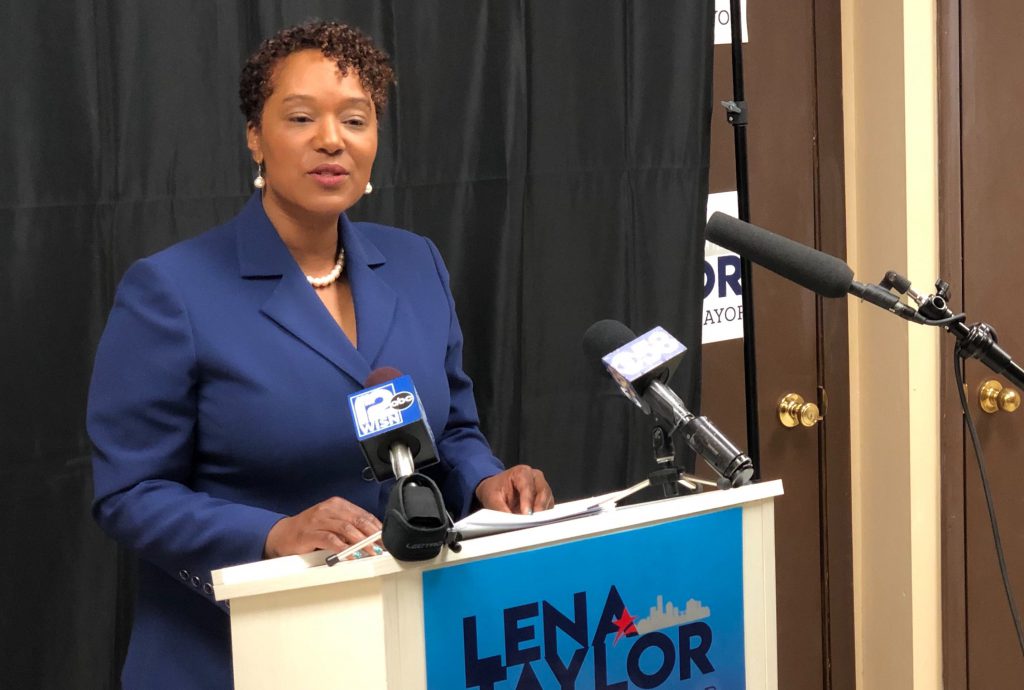 Taylor, who made her announcement outside of the Capitol Monday morning, is the first Democrat to declare for the seat.

Incumbent Mandela Barnes is running for U.S. Senate instead of re-election alongside Governor Tony Evers.

A primary would be held Aug. 9, 2022 if another Democratic candidate files to run for lieutenant governor, with the general election coming Nov. 8.

The Democratic nominee will ultimately be paired with Evers against Republican challengers. Former lieutenant governor Rebecca Kleefisch is a front runner for the Republican gubernatorial nomination, while a number of candidates are vying for the Republican lieutenant governor post. Declared candidates include Sen. Patrick Testin, Ben Voelkel, a former aide to U.S. Senator Ron Johnson and David Varnam, mayor of the city of Lancaster.

Taylor has served as state senator since 2005. The 55-year-old won a special election to serve in the Wisconsin State Assembly in 2003 and an open election for 4th Senate District in 2004, succeeding Gwen Moore. She was most recently re-elected in Nov. 2020.

Get a daily rundown of the top stories on Urban Milwaukee
She is a licensed attorney, having earned a law degree from Southern Illinois University. Taylor is a graduate of Milwaukee Public Schools‘ Rufus King High School and earned her undergraduate degree from UW-Milwaukee.

She ran unsuccessfully for Milwaukee County Executive in 2008 and Milwaukee Mayor in 2020.

The run for lieutenant governor likely ends her potential candidacy for mayor. The senator appeared at City Hall the day Barrett announced his nomination to serve as U.S. Ambassador to Luxembourg. His appointment is currently pending before the U.S. Senate and could be taken up at any point, or delayed indefinitely.

Taylor, in her 2020 mayoral run, said her biggest accomplishment at the state level was her work on justice reinvestment and criminal justice reform. She also championed her work on urban agriculture, specifically hemp legalization.

Taylor has occasionally engendered controversy in recent years. She was removed in 2018 from the Joint Committee on Finance, a powerful state budget committee, by Senate Minority Leader Jennifer Shilling (D-La Crosse). The move came after an investigation determined she bullied members of her staff and took retaliatory action against one.

Just weeks before that Taylor had an altercation at a Wells Fargo bank branch where she called a teller, who like Taylor is Black, a “house (N-word). She was issued a citation for the matter.

In 2019, when launching her mayoral campaign, she insisted there were two sides to the story, but said “that’s the past.” She said Shilling was wrong for taking her off the committee.

Taylor, if she wins, would replace Barnes. The two previously ran against one another, when Barnes unsuccessfully challenged her in a 2016 Democratic primary.