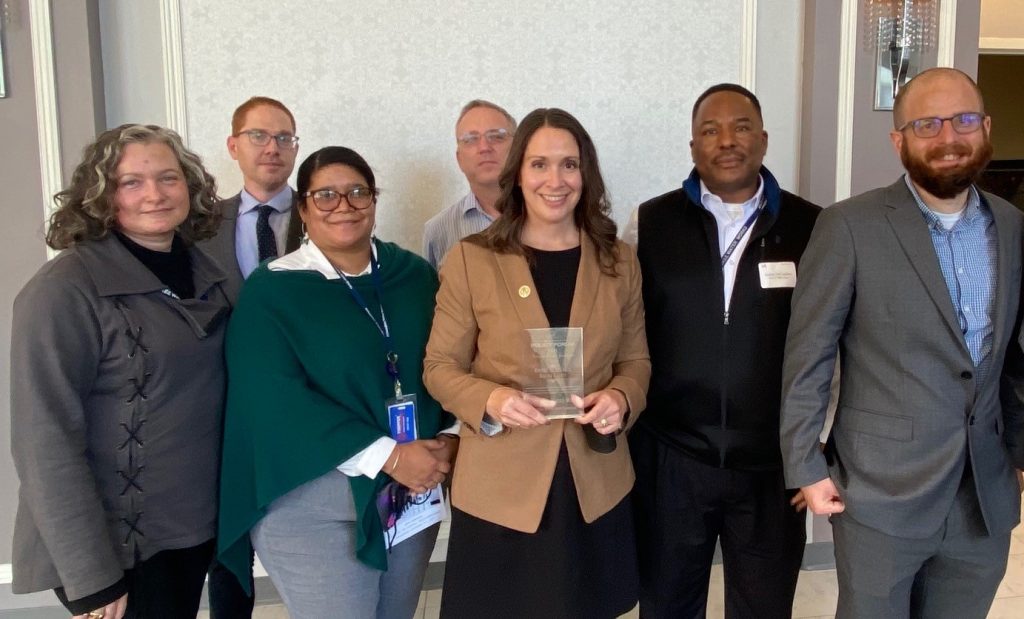 The announcement was made Monday morning by outgoing Mayor Tom Barrett. She’ll replace Jeff Polenske who “retired” Friday to begin a second career in the private sector.

“In every job she has held in city government, Karen has exceeded expectations by demonstrating leadership and accomplishments,” said Barrett in a statement. “This is a well-earned appointment. Karen is ideally positioned to direct the Department of Public Works into the future.”

Dettmer’s appointment is a notable one.

It’s the first time a woman has led the Department of Public Works, which includes the city-owned waterworks.

It also is the first time that all of the major mayoral appointees have been women or people of color.

The highest-ranking, appointed white males are now either Assessment Commissioner Steve Miner (who intends to retire in 2022) or City Engineer Jerrel Kruschke.

Get a daily rundown of the top stories on Urban Milwaukee
Police Chief Jeffrey Norman (a Black male) and Fire Chief Aaron Lipski (a white male) are not mayoral appointees.

When Barrett resigns, expected by Dec. 28, all of the citywide elected offices will be held by non-white males for the first time in the city’s history. City Treasurer Spencer Coggs, City Attorney Tearman Spencer and acting-mayor-in-waiting Cavalier Johnson are all Black males. City Comptroller Aycha Sawa is a white woman.

Johnson, who previously proposed splitting the Department of Public Works in two with a new transportation-only focused department, was consulted on Dettmer’s interim appointment.

The interim appointment is not subject to council confirmation, but whoever is chosen as permanent nominee must be confirmed by the council.

Dettmer has led Milwaukee Water Works since Feb. 2019. With approximately 350 employees and a nearly $100 million budget, it is the largest public utility in Wisconsin.

“I’m honored that Mayor Barrett and incoming Mayor Cavalier Johnson have entrusted me with the great responsibility of serving as Interim Commissioner of the Department of Public Works,” said Dettmer in a statement after this article was first published. “Serving as the Superintendent of the Milwaukee Water Works is extremely rewarding. Water Works employees take tremendous pride in providing our nearly 900,000 customers with safe, reliable drinking water every day. I’m excited by the opportunity to continue overseeing the division and to further the work we started in building a more equitable, inclusive, and diverse workforce.”

A resident of the city’s East Side, she worked as an engineering consultant before joining the city.