Nicholas Hans Robinson is the youngest Black architect in Wisconsin. 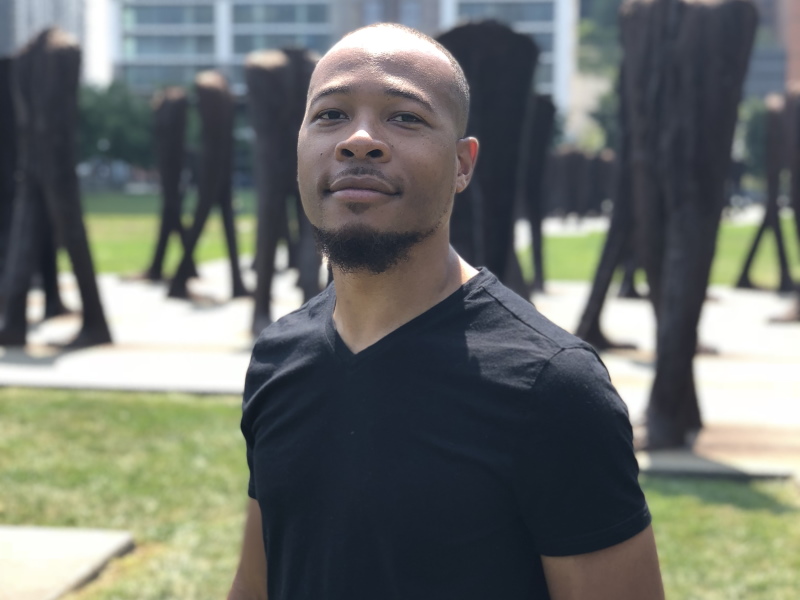 The Historic Preservation Commission is poised to welcome a new member under a proposal making its way through the Common Council.

Architect Nicholas Hans Robinson would be the seventh member of the part-time commission.

The commission has broad design oversight over the exterior of locally historically-designated buildings and districts. It also plays a key role in determining what buildings are historic, and which aren’t.

“I’m a native of Milwaukee, practicing 100% in Milwaukee, and, in fact, most of our projects are in 53206,” said Robinson to members of the Zoning, Neighborhoods & Development Committee on Dec. 7. His company is doing a number of developments located in the 53206 ZIP code, the city’s poorest.

He is the co-founder and principal at DreamBuilders. Among the growing firm’s recent projects are the conversion of a church into the new headquarters for Safe & Sound and a proposed 57-unit apartment building on N. Martin Luther King Jr. Dr.

Robinson, 33, is also the youngest Black architect in Wisconsin, a statement confirmed by a search of an unofficial online listing and discussions with multiple architects.

“My goal from when I was about eight years old was I just wanted to be an architect because I heard they could get paid to draw,” he told the committee.

Get a daily rundown of the top stories on Urban Milwaukee
He stayed with Uihlein/Wilson after enrolling at UWM, and ultimately landed another internship with Workshop Architects. He joined the latter firm full-time after graduating. He earned his license in 2015.

“Social is a huge aspect of my focus,” said Robinson, referring to how people use and interact with buildings and spaces and the programming around them.

He said he left Workshop in 2018 to launch his firm.

“Milwaukee is literally a microcosm of everywhere else, the best microcosm,” said Robinson.

Robinson said during his time at Uihlein/Wilson he worked on a number of historic projects, including the rehabilitation of two Frank Lloyd Wright-designed houses on W. Burnham St. and the former Second Ward Savings Bank in Westown (today’s Milwaukee County Historical Society headquarters).

“The history is actually a huge part of the social. The only thing that drives history are the social things,” said Robinson. “I don’t necessarily fit the traditional mold, but I understand and I have the same sensitivities and appreciations that you all have and I’m looking to really develop an understanding from that standpoint,” said Robinson.

Alderwoman Milele A. Coggs said she has worked with Robinson on proposals in her district. “I think he will be a great addition,” she said. “I look forward to his contribution.”

The committee unanimously endorsed the appointment.

The architect would fill a vacancy created by the Dec. 2020 resignation of Marion Clendenen-Acosta, who was the lone Black member of the commission. An architect with Kahler Slater and veteran commissioner, she resigned when her term expired.

Robinson was nominated by Common Council President Cavalier Johnson, the first such nomination after the council gave itself the authority to fill longstanding vacancies not acted on by Mayor Tom Barrett. The mayor, under a 2021 change, has 90 days to fill an HPC vacancy before the council can act.

Bauman, the proponent of the change, made sure to note that Robinson’s appointment was the first such action.

At various points in recent years the commission has struggled to maintain a quorum at its meetings. For four years it operated with six members instead of the authorized seven.

The full council will vote on the recommendations on Dec. 14.

Real estate developer Rafael Garcia was appointed to the commission earlier this year by Barrett. The terms of both Bauman and Garcia expire in 2024.

The HPC ordinance requires that the board consist of at least one registered architect, one historian or architectural historian, one person with experience in real estate development or finance, one Common Council member (which has been Bauman for more than a decade) and three citizen members.

Board members are paid a flat reimbursable fee of $20 per meeting, a maximum of $400 per year.