Plus: A roundup of the week's real estate news. 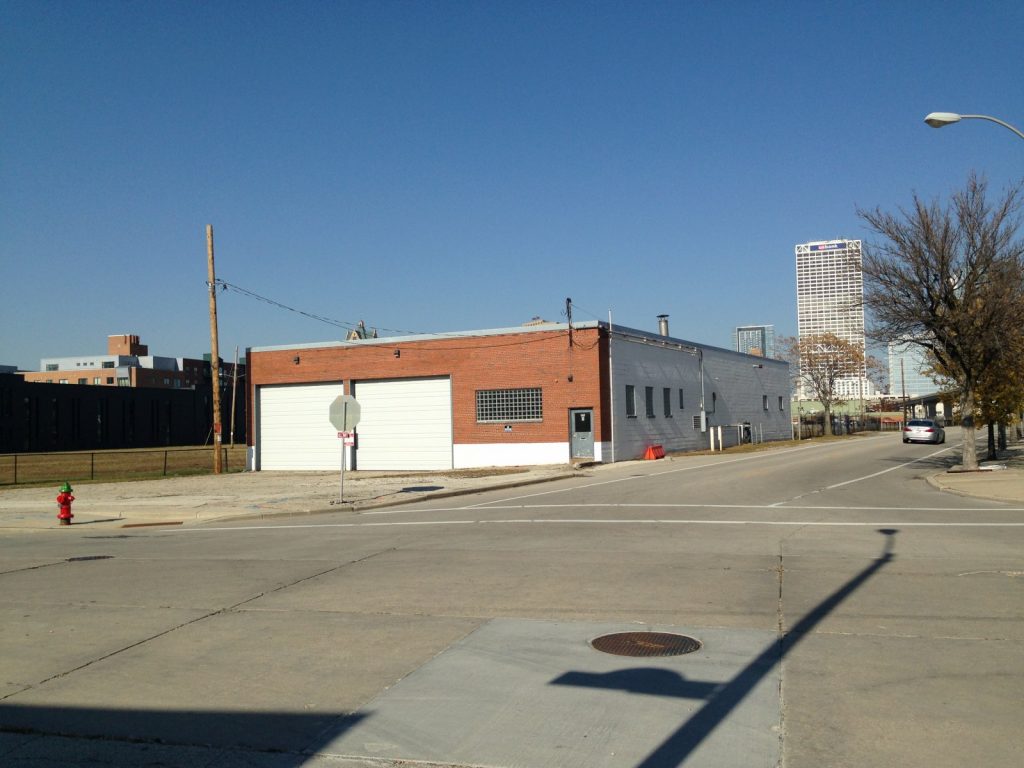 A new apartment building could be coming to the Historic Third Ward.

According to its latest newsletter, the Italian Community Center has an agreement to sell a three-acre site to Minnesota-based Kaeding Development Group to form the development.

As first reported by Tom Daykin, no exact address for the site was provided. But a description indicates it would include a warehouse. And while much of the neighborhood is former warehouses, the only such building the ICC owns is a 6,944-square-foot, one-story structure at 640 E. Summerfest Pl.

Kaeding would buy that property and a portion of the six-acre parcel adjacent to it. The ICC uses the northern half of that parcel, 132 N. Jackson St., as a surface parking lot, but the southern half is a vacant lot.

The sale is in the due diligence phase.

The area around the site has seen a substantial amount of change in recent years, and is likely to see even more. While much of the Third Ward is multi-story, historically warehouses with new uses, the eastern half that the ICC anchors was a railyard for decades and is now largely a collection of surface parking lots and one-story buildings.

The Milwaukee Ballet developed its new Baumgartner Center for Dance, 128 N. Jackson St., just west of the Kaeding site on land the Ballet acquired from the ICC. That building was completed in 2019.

Get a daily rundown of the top stories on Urban Milwaukee
To the south of the Kaeding site, FPC Live unveiled plans last week to develop an indoor theater complex with 800 and 4,000 seat venues. That development would be built on land leased from Summerfest-host Milwaukee World Festival, Inc. FPC Live and Summerfest are already partnering on booking shows at the outdoor stages at Henry Maier Festival Park.

A number of other proposals are in various stages of development. Developer Peter Renner proposed townhouse-style condominiums in late 2016 for 610 E. Summerfest Pl., a narrow lot immediately west of the ICC warehouse.

On the next lot west of the Renner site, Black Swan Enterprises secured design approval earlier this year for a new event venue at 100 N. Jefferson St.

The design of the Kaeding building would need to be approved by the Historic Third Ward Architectural Review Board. The current building at the site was built in 1950 and used by the Liquid Carbonic Corp. according a Wisconsin Historical Society report. The ICC has owned the property since 1997.

Much of Kaeding’s past work includes hotels, but the company is also developing a mixed-use complex in downtown St. Paul.

Two apartment buildings will transform N. Van Buren St. in downtown Milwaukee, and a roadway redesign could further alter what for decades has largely functioned as a high-speed off-ramp from Interstate 794.

The most notable development is Ascent, a 25-story tower that will be the tallest mass timber building in the world.

How To Save The City, One Block At a Time

Can a combination of nonprofit partners and city housing programs be used to transform a blighted Milwaukee block?

The Northwestern Mutual Foundation announced an initiative to do just that in July 2019. With a series of partners, the insurance company’s philanthropic arm would work to revitalize the 2900 block of N. 26th St. in the Amani neighborhood.

The 38-parcel block was chosen by the Dominican Center and Amani United Neighborhood Association because it had a mix of owners and renters as well as a collection of already-engaged residents. It also had three vacant homes and a number of others in need of repairs. The neighborhood, bounded by W. Keefe Ave., N. 20th St., W. North Ave. and N. 30th St. is among the city’s most impoverished and has struggled since the decline and ultimate closure of the nearby Tower Automobile plant (now the Century City business park).

Individuals and households interested in getting financial assistance for housing should mark their calendars for Dec. 15.

The Housing Authority of the City of Milwaukee (HACM) will open waitlists for four different housing programs at 9 a.m. on Wednesday. The waitlist functions as a pre-application lottery system and is not structured as a first-come, first-served system.

Participants in the various housing programs typically pay 30% of their income for rent with HACM covering any gap with federal support.

A coalition of pastors accusing the City of Milwaukee of unlawful taxing and seizure of their churches had its day before the Common Council on Wednesday.

At least one pastor said they left feeling more confused than when they went in.

The nearly two-hour hearing, which included participation from Assessment Commissioner Steve Miner and a representative of the mayor’s office, came a week after the coalition was joined by activist Jesse Jackson for a rally in the City Hall rotunda.

One of Milwaukee’s most recognizable buildings is for sale.

The tower is most recognizable for the words displayed on its cornice “Catholic Financial Life,” but for decades before it read “Catholic Knights.” The two fraternal benefit organizations merged in 2010 and the joint entity today reports assets of $1.7 billion.