City officials say it's not possible, as discussion of how to handle churches gets confusing. 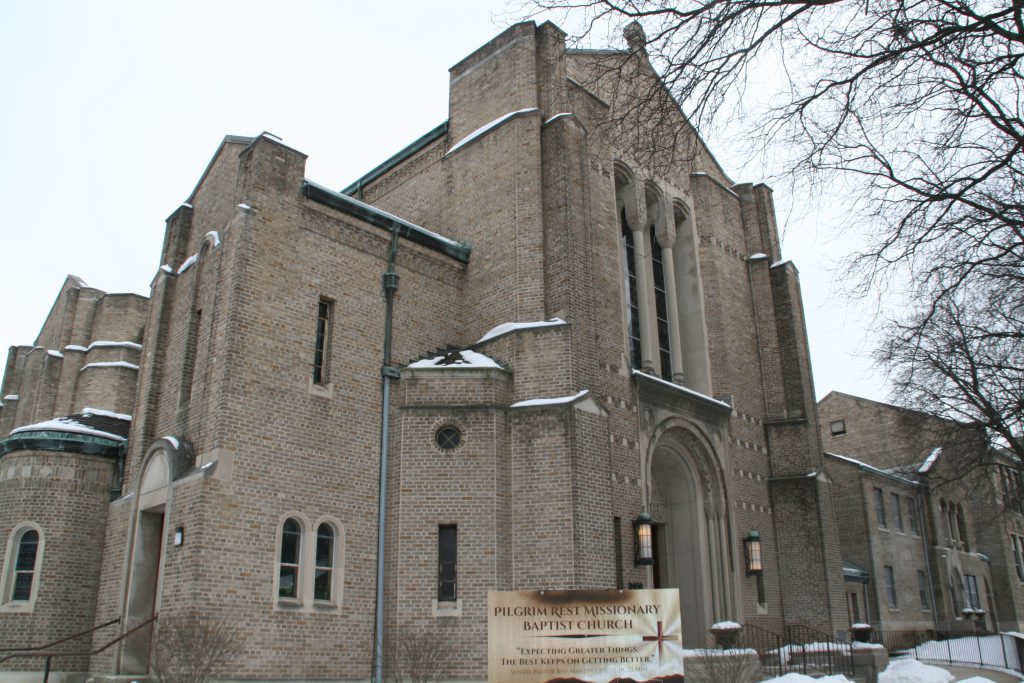 A coalition of pastors accusing the City of Milwaukee of unlawful taxing and seizure of their churches had its day before the Common Council on Wednesday.

At least one pastor said they left feeling more confused than when they went in.

The nearly two-hour hearing, which included participation from Assessment Commissioner Steve Miner and a representative of the mayor’s office, came a week after the coalition was joined by activist Jesse Jackson for a rally in the City Hall rotunda.

Coalition members then promised to sue the city, but Wednesday’s hearing included no such threat. Instead, the coalition is now asking for a moratorium on any church taxes.

Multiple city officials let the churches know they don’t think that’s an option because of the uniformity clause of the state constitution, but they are interested in improving the situation. “That’s a fact,” said committee chair Alderman Michael Murphy.

“I would agree with Alderman Murphy, the ability to not tax someone temporarily is not a choice we have with the uniformity clause,” said Alderwoman Milele A. Coggs. But she said she was interested in learning if the city could hold off on foreclosure actions. “There is always a necessity to be re-evaluating and improving.”

How does a church end up being taxed in the first place? As the pastors’ stories show, there is no straight pathway.

Get a daily rundown of the top stories on Urban Milwaukee
“The goal is to follow the (state) statutes. That’s what we are charged with doing,” said Miner. “Assessors try to be fair and equitable based on what the statutes tell us to do.”

He said the presumption under state law is that property is taxable and the burden falls on the property owner to prove it’s exempt.

“We are aligned with the churches,” Miner insisted, “every organization that deserves an exemption should have one.”

But the churches don’t feel the Assessor’s Office is behaving that way.

Pastor Steven Tipton, the group’s leader, said Bronek and the office’s representatives were “antagonistic” in his interactions.

Pilgrim Rest Missionary Baptist Church associate pastor Edmond Davis said Bronek visited their property, 3456 N. 38th St., for an inspection and the result was the church is now getting a tax bill.

“I am disappointed in this Peter Bronek,” said Ald. Russell W. Stamper, II of a long-time city employee that appeared many times before the council. “We would hold him accountable, but he’s gone.”

But the issues go beyond Bronek and differ from case to case, often involving the water and city services bill, which is charged even to tax exempt property owners.

Pilgrim Rest is seeing an unused floor in its main building assessed as a taxable space and a former convent used as low-cost housing also taxed.

“If it used for a non-exempt use it does become taxable,” said Miner. He gave the example of a church leasing space to a childcare provider while a competing provider across the street has to pay more because it’s in a taxed property. The Assessment Commissioner, who intends to retire soon himself, said the same logic applies to hospitals and other exempt properties under the law.

El Bethel failed to complete the biannual form for the Ring Street property. City assessment records indicate the city started taxing the property, at an assessed value of $47,500, in 2017. The resulting taxes went unpaid and the city foreclosed on the property in March.

“They took my church and I did not get any information,” said Tipton, who said he learned only when someone told him they were buying it. The city was mailing any bills and notices related to the property to a residence on N. 19th St. The home is owned by Tronie Johnson, himself an ordained pastor, and his wife, but Tipton told the committee the 19th Street residence is not connected to his church.

“I never received anything,” said Tipton, who has since paid the unpaid taxes and fees to reacquire the property.

Miner said the individual who was responsible for making the owner’s contact address change retired after approximately 30 years with the city. But he said the change would have been initiated via a request from the property owner or other written instructions. Whatever the cause, the Ring Street property will now have its notices mailed directly to it, said Miner.

But city records show Tipton has another issue he needs to look into, and fast.

El Bethel and Tipton also operate from 5401 W. Good Hope Rd., a property assessed at $650,000 that is tax exempt. But it is delinquent on its water bill and other municipal fees. According to online city records a “serious concern delinquent real estate tax bill” was mailed to the 19th Street address on June 9 with a balance of $7,393.24. That balance has now grown to $8,012.19 according to the city’s property tax billing system. The city is scheduled to foreclose on the property.

The water bill and municipal fees are also an issue for Sean Tatum and Mason Temple Church of God in Christ, 6090 N. 35th St.

He admitted the church failed to fill out the form in 2018 and was taxed as a result. He said he only knew because the church’s bank sent a notice that it paid taxes on the property.

He expressed confusion over the bills resulting from failing to file the form. “It appears they applied property taxes as far back as 2015,” said the pastor.

The City Treasurer didn’t apply property taxes going back that far. But, similar to Tipton’s Good Hope issue, it is trying to collect on something else.

Unpaid water service charges and other municipal fees are added to the property tax bill. Any property that uses Milwaukee Water Works water has to pay, regardless of property tax status. There are a handful of other fees, including a snow-and-ice charge and a street-lighting fee, that also apply to all private properties regardless of tax status.

The Mason Temple “special charges” section of the bill has gone as high as $16,163.29 for unpaid fees. City records show a current balance of $21,547.76, three-fourths of which is related to the church being taxed as a non-exempt property.

Could the city just cancel the back taxes and fees once the proper forms are filed?

“I think there are a lot of issues of fairness and equity here,” said mayoral policy director Aaron Szopinski. “We want that legal clarity from the city attorney.”

Could it enact a moratorium? asked Murphy.

“I think we need to figure that out once we figure out if we have the authority,” said Szopinski.

“We just got the request,” said deputy city attorney Todd Farris. “We are trying to give everything a fresh look so it is going to be some time before we are ready to opine on this.”

Pastors United leader Greg Lewis, who led a march to Barrett’s office at the rally, thinks the issue is simpler than the city is making it out to be.

Lewis was one of the most vocal advocates at the hearing for a moratorium. “You can’t tell me this is a state issue when it’s not,” he said. “Just shut it down for time for us to figure it out.”

“I think there needs to be, in my opinion, an elimination of this form period,” said bishop Charles McClelland of the state form. “I think there’s an unfairness ingrained in this department… people make laws, people can change laws.” The form, PC-220, is a state form required by state statute, not city ordinance.

Ald. Scott Spiker, detailing the number of steps he had to take to find the biannual form he knew was there, said the Assessor’s Office website needs to be more accessible.

“It would be nice if we could move into the 21 century and allow people to the ability to fill out some things online,” he said. ‘I think we hear today that we clearly need to do so.”

He suggested text message notifications as an option. “Let’s be transparent about what we’re doing and try to do better,” said Spiker.

Coggs, drawing applause, said she has requested the council’s inspector general prepare a report, which would include suggestions.

“We don’t want you to lose your church. We appreciate the value that each of you do,” she said. “I know the experience has been horrible for some some of you… at least for us that wasn’t our intention and (not) what we wanted to see happen.”

“All of us as alderman have work to do,” said Stamper.