Bail Reform And The Waukesha Tragedy

Republicans are going to use accused killer Darrell Brooks like a hammer. 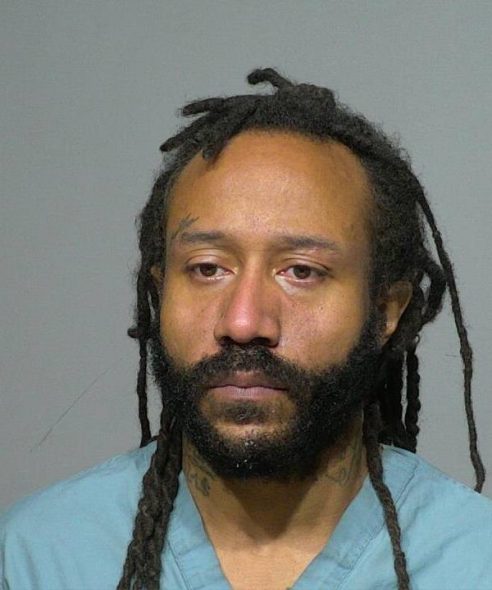 Let’s face it. Republicans are going to use Darrell Brooks like a hammer.

Brooks is charged with killing six people and injuring scores of others at the Waukesha holiday parade on Sunday. He has a long, violent criminal history and was currently out on cash bail of only $1,000. The juxtaposition of a violent felon out on bail ramming his car through a throng of happy families during a holiday parade is too powerful not to obliterate any rational argument for bail reform.

Progressive activists have been at work for years trying to eliminate cash bail altogether and they’ve been successful in some states, like New Jersey, New York and Illinois. Maybe more importantly, they’ve created a political environment where there is pressure to keep bail amounts low. That may have been the case in Milwaukee, where even the DA’s office says that it erred in seeking minimal cash bail for Brooks.

Brooks was out on bail for alleged crimes he committed in Milwaukee County and the District Attorney there is liberal Democrat John Chisholm, who has been critical of cash bail. However, Chisholm did not personally seek the low bail amount; that was done by an assistant DA. And to Chisholm’s credit, he immediately stepped up and admitted that his office erred. But as the Milwaukee Journal Sentinel’s Dan Bice pointed out, that won’t stop Republicans from ramming this issue down Chisholm’s, and Democrats’, throats.

Quick to take up the cause was unhinged Republican gubernatorial candidate Rebecca Kleefisch who, appearing on the far-right News Max cable network, said she would fire Chisholm, who is an elected public official in his own right and does not work for the governor.

Now, in truth, it appears that Brooks was an outlier. A review of places where bail reform has taken place doesn’t support the conclusion that reducing or eliminating bail has resulted in increases in crime. But the political reality is that most Americans aren’t going to read the studies or be especially open to reasoned arguments on this topic. They see the horror of what Brooks is charged with, they see his record, they see the small bail amount… and they’re just not going to look at a CCN report on the bigger picture.

Democrats are being dealt one death blow after another by their progressive wing. And they won’t be able to escape the “soft on crime” charge that they will be hit with from now until next November. In fact, the official Democratic Party platform plank on crime is as awful as can be. It specifically calls for the elimination of cash bail. “Democrats support eliminating the use of cash bail and believe no one should be imprisoned merely for failing to pay fines or fees,” it reads.

And the rest of the plank is no better. It reads like an endless attack on police and it expresses little concern for the victims of crime. Even though it was written just a year and a half ago, while crime was in fact increasing rapidly, it claims that crime is down, seemingly confident that that recent increase was just a blip. (The party missed an opportunity here since crime started going back up on Donald Trump’s watch.)

In a column last May, former Door County DA Joan Korb laid out what I thought was a very thoughtful, well-balanced argument on cash bail. She noted that it’s designed to make sure that defendants show up at court proceedings, but it too often results in keeping in jail people who don’t need to be there. That, in turn, can result in lost jobs and other hardships heaped on people whose lives aren’t necessarily going all that smoothly to begin with. She suggested reducing or eliminating bail amounts for those charged with nonviolent crimes, while keeping them high for those facing serious, violent charges. (It would take a state constitutional amendment to allow bail to be used explicitly to keep defendants locked up because they are deemed to be dangerous.)

But reasonable arguments, like those made by Korb and many others, have now been blown to smithereens by Darrell Brooks. Nobody is going to listen to them for some time to come and certainly not before next fall’s mid-term elections. Meanwhile, the Democrats’ support for elimination of bail is there in writing, the officially adopted position of the party.

And, even worse, unless they can turn this around before then, their posture on crime could help pave the way for the most horrible of all outcomes: the return of Donald Trump. As New York Times columnist Bret Stephens put it earlier this week, “And who has been helped the most by all this, politically speaking? Donald Trump and his mini-mes. The country won’t be safe from them until a more serious Democratic Party can set itself free from ideas that embarrass it and endanger us all.”

If you thought the Democrats’ chances of avoiding a political bloodbath next year were slim, well, they just became virtually non-existent.

8 thoughts on “Op Ed: Bail Reform And The Waukesha Tragedy”